Home » News » Official Communications » About the entry into force of TPAN 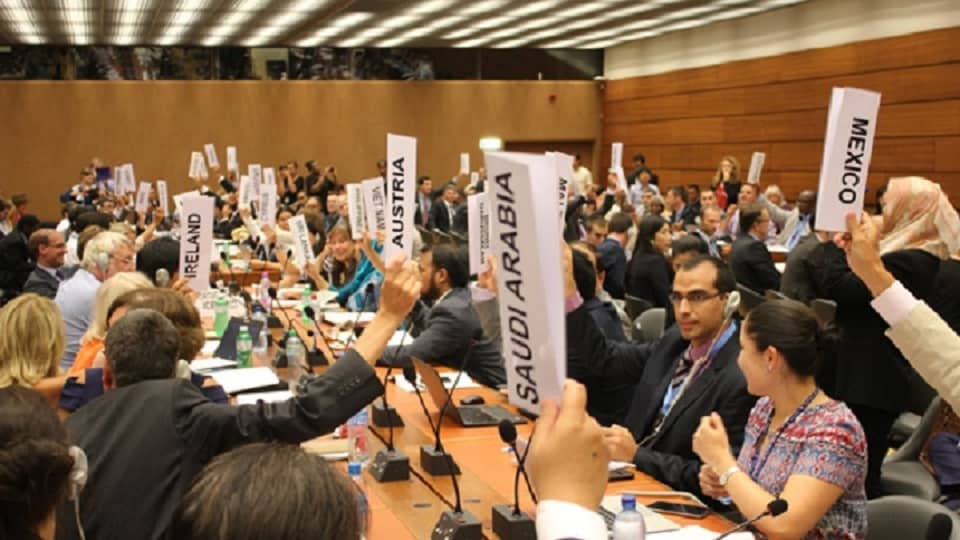 We are facing "the beginning of the elimination of nuclear weapons."

On January 22, the Treaty on the Prohibition of Nuclear Weapons (TPAN). It will specifically prohibit States parties from developing, testing, producing, manufacturing, acquiring, possessing, deploying, using or threatening to use nuclear weapons and assisting or encouraging such acts. It will try to reinforce existing international law that obliges all states not to test, use or threaten the use of nuclear weapons.

For, World without Wars and Violence It is cause for celebration because from now on there will really be a legal instrument in the international arena that specifies the aspirations that for decades have been overshadowed by many citizens of the planet in many countries.

In the preamble to TPAN, the risks posed by the existence of nuclear weapons and the catastrophic humanitarian consequences that would result from their use are highlighted. The states that have ratified the Treaty and those that have acceded highlight this danger and consequently manifest their commitment to a world free of nuclear weapons.

To this good and enthusiastic start we must now add that the ratifying states develop and approve legislation to implement the spirit of the agreement: including prohibitions on the transit and financing of nuclear weapons. Only by prohibiting its financing, putting an end to investments in its industry, would have a high symbolic and effective value, of great significance in the nuclear arms race.

TPAN has been achieved as a result of XNUMX years of nuclear disarmament activism by civil society since the nuclear bombings of Hiroshima and Nagasaki demonstrated their catastrophic humanitarian impact. It has been the collectives, organizations and platforms, with the support of mayors, parliamentarians and governments sensitized to this issue that have continued to fight these years up to the present time.

In all these years, important steps have been taken such as: the treaties to prohibit nuclear tests, the reduction in the number of nuclear weapons, the generalized non-proliferation of nuclear weapons and their prohibition in more than 110 countries through weapons-free zones. nuclear (Treaties of: Tlatelolco, Rarotonga, Bangkok, Pelindaba, Central Asian Nuclear Weapon-Free, Mongolia's Nuclear-Weapon-Free, Antarctic, OuterSpace and Sea Bed).

At the same time, it has not stopped the nuclear arms race by the great powers.

The theory of deterrence has failed because although it has prevented its use in armed conflicts, the atomic apocalypse clock (DoomsdayClock coordinated by scientists and Nobel laureates) indicates that we are 100 seconds away from the atomic conflict. The possibility increases year after year that nuclear weapons will be used by accident, conflict escalation, miscalculation or malicious intent. This option is possible as long as the weapons exist and are part of the security policies.

Nuclear-weapon states will eventually have to accept their obligations to achieve nuclear disarmament. In this they agreed in the first resolution of the United Nations, the Resolution of the United Nations General Assembly, adopted on January 24, 1946 by consensus. Also in Article VI of the Non-Proliferation Treaty they committed themselves to working for nuclear disarmament as States Parties. Additionally, all states are bound by custom-based international laws and treaties that prohibit the threat or use of nuclear weapons, as affirmed by the International Court of Justice in 1996 and the UN Human Rights Committee in 2018.

The entry into force of TPAN and the 75th anniversary of the Security Council Resolution, two days later, provides an opportune moment to remind all states of the illegality of the threat or use of nuclear weapons and of their disarmament obligations. nuclear, and to draw related attention to implement them immediately.

On January 23, The day after the entry into force of the TPAN, the organization MSGySV partner of the international campaign ICAN will carry out a Cultural Cyberfestival to celebrate "A great step for humanity”. It will be a tour of more than 4 hours through some of the concerts, statements, past and present activities, with artists and activists against nuclear weapons and for peace in the world.

It's time to end the era of nuclear weapons!

The future of humanity will only be possible without nuclear weapons!

[I]A General Staff Committee shall be established to advise and assist the Security Council in all matters relating to the military needs of the Council for the maintenance of international peace and security, the employment and command of the forces placed at its disposal, at the regulation of armaments and possible disarmament.

World Coordination Team of World Without Wars and Violence