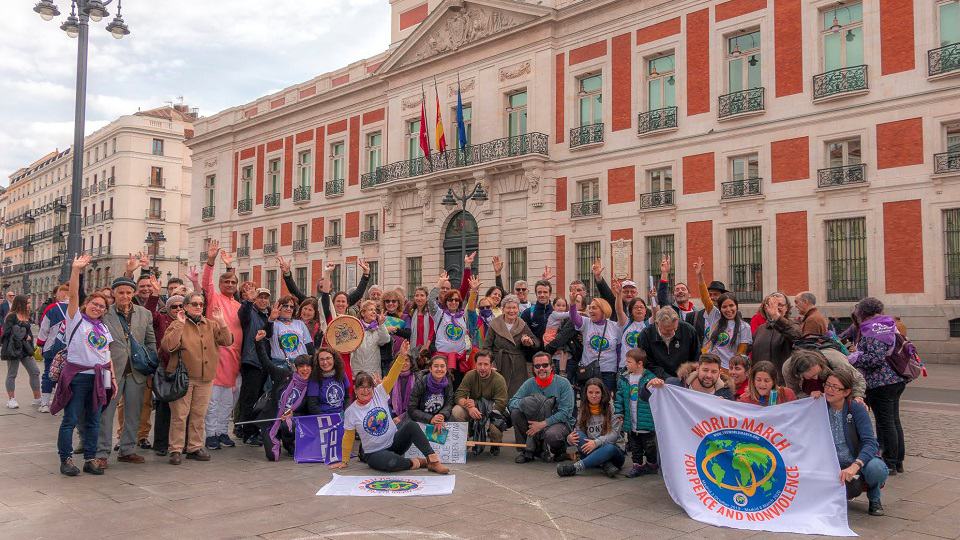 We enter the month of March. Soon, on the 8th, the II March for Peace and Nonviolence will come to an end. In Madrid, the km. 0 in which October 2, 2019 had its beginning, will also be the goal in which it ends.

In Italy, due to the COVID 19 pandemic, the final acts had to be suspended.

The passage of the Second World March for Peace and Non-Violence through Rome.

In France, the closing colophon of the March takes place in Paris. Paris and its region celebrate the World March for Peace and Nonviolence. 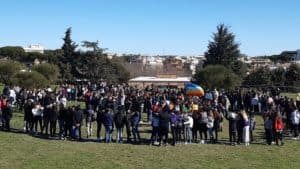 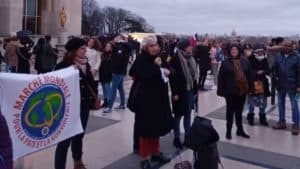 Paris and its region celebrate the March

The activities of the Marchantes continue in Spain.

In Spain, the activities of the 2nd World March held in the El Dueso Prison and in the Berria Beach, Santoña (Cantabria) on March 3, 2020 were attended.

“Peace is made among everyone” is the title of the statement issued by the Coordinator of Crentes Galeg@s on the occasion of the end of the Second World March for Peace and Nonviolence.

In short, they raise the question: how can we talk about peace while more and more deadly weapons are being built or discrimination is justified?

Members of the International Base Team and the Promoter Team of a Coruña, of the 2nd World March for Peace and Nonviolence were on Wednesday March 4 in the city.

PEACE IS MADE AMONG ALL

The International Base Team in A Coruña

In Ecuador, the Admiral Illingworth Naval Academy was the setting for the closing of the 2nd World March.

The promoters of the World March in Lubumbashi, Congo DRC, will continue the activities to promote Peace beyond March 8th. 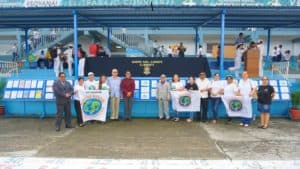 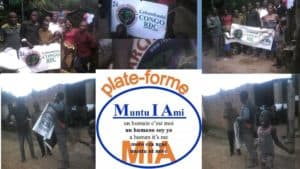 “Spreading the March” activities in Lubumbashi

The symbolic closure will take place on Sunday, March 8, at 12 noon at Puerta del Sol

MARCH 8: THE 2ND WORLD MARCH FOR PEACE AND NONVIOLENCE CONCLUDES ITS ROUTE IN MADRID. 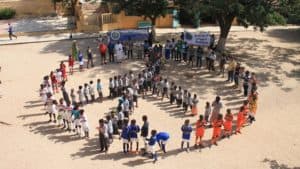 The World March concludes in Madrid 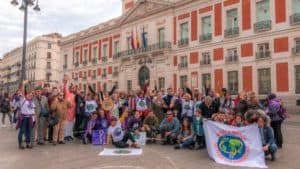 March 8: The March concludes in Madrid