Discover all about the day of nonviolence

Home » Discover all about the day of nonviolence

The violence used as a tool to solve certain conflicts throughout history has caused serious problems in the coexistence between different cultures and civilizations. Currently, different organizations work day by day to promote the visibility of different groups creating events such as day of nonviolence and similar days, related to that topic. Throughout a year we can find different days that aim to create an awareness of the problems that need visibility. Among the days related to violence you can find highlights such as the international day of nonviolence.

History has been forged on the basis of wars, interminable struggles and violations of human rights. Empires have been created thanks to the annihilation of peoples, the violations of freedom and the enslavement of human life. Depending on the historical period civilizations have been forging different structures of government and oppression, and although in many stages certain cultures have been developing agencies for the promotion of rights, there have always been groups that have been left outside the legal margins, causing exclusion and violence towards them.

What are the days of key nonviolence?

Social movements linked to international day of nonviolence There are several. And there are many days of nonviolence in the calendar, focused on different population sectors, such as:

All of them, although they work in different fields of the subject, focus their efforts on combating violence in different sectors and have in common a goal: the possibility of putting an end to any violent practice that exists in the world, enabling peace to reach all the corners of the planet, and thus the citizens of the same can have the same rights and duties 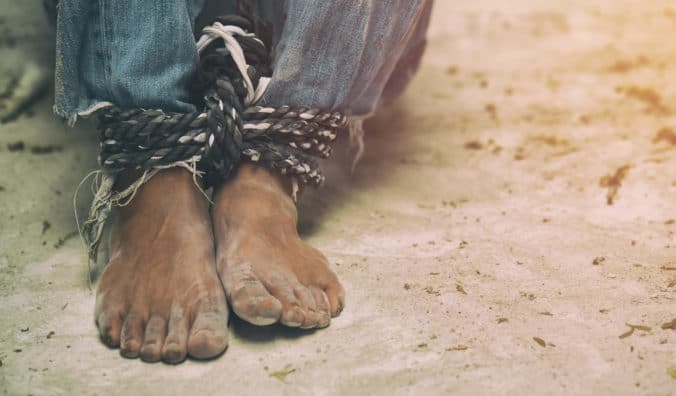 The international day of nonviolence the October 2 is commemorated, as it is time to celebration of the birth of Mahatma Gandhi. And it is that the philosophy of Gandhi is based on the use of dialogue for the resolution of any conflict.

It was the 15 of June of the year 2007, when the General Assembly of the United Nations, declared through resolution 61 / 271, that the October 2 nonviolence would be the chosen day. This day of nonviolence has been used as a world reference to commemorate different illustrious people who have fought throughout their lives to achieve a more just society.

Why a day of nonviolence and peace?

The culture that frames the World Day of Nonviolence is focused as a fight for civil rights and social changes, because what is intended is to preserve human life using peace as a tool.

Many wonder what the day of nonviolence is, and why a day of peace and nonviolence is claimed. And is that according to the experts have an International Day of Nonviolence, helps create a global awareness about the excessive use of violence in the resolution of conflicts between countries and within them.

That is why the 2 October day of nonviolence is an occasion for different organizations to manage events that make visible the excess of violence that exists in the world, both directly and subliminally. To vindicate this day of non-violence in an active way you can participate in the marches organized around the world, or affiliate with associations that work in the promotion of creating the day of peace and nonviolence through integration tools and respect.

For this reason, if you want to participate in the October 2 nonviolence day in the different events that take place in towns and cities, it is best to approach an association related to the day of nonviolence and peace and offer to work in them.

It is important to be aware of the date, since it is common to get confused thinking that it is the November 2 international day of nonviolence, when we have to emphasize, that it is the 2 of October. And is that sometimes you find wrong information on the Internet that can lead to confusion.

November 25 day of nonviolence against women

This topic is one of the most relevant and is currently in the mouth of the whole world. The cause is that violence focused on women is one of the scourges that are making it difficult for civilizations to move forward in solidarity.

El 25 November international day against violence against women, it is intended to make visible all the models of violence that are exerted on this group and that in many occasions is despised or in silence.

The reason for the existence of this date: November 25 day of nonviolence against women 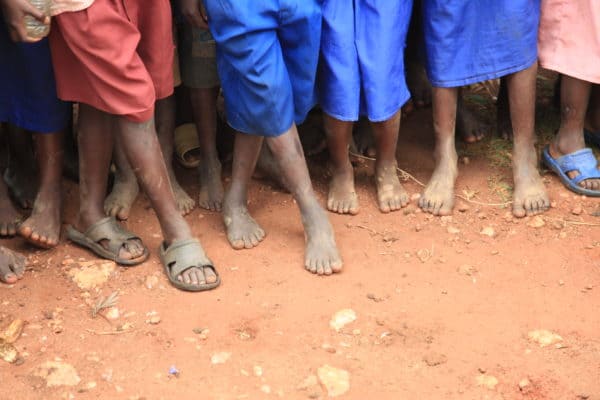 Violence against women encompasses acts and situations such as gender violence, obstetric violence, harassment, rape or wage inequality, among others.

All these situations mean that women are considered inferior in many aspects compared to men, or they are assigned gender roles for the mere fact of being women, as the role of caregiver or housewife.

Why encourage the celebration of the November 25 day nonviolence?

The violence established on the female gender is one of the most widespread, to fight against it. In the year 1993, the Declaration on the Elimination of Violence against Women was issued by the UN General Assembly. And it is considered that in order to end the claim of the 25 day of nonviolence and peace it is necessary that both girls and women (who essentially constitute more than half of the world's population) live without fear, without domestic violence, in a safe and fair society for them.

And although it is true that since 25 November 2017 violence has begun to experience certain advances in the awareness of this matter, until the rights are not achieved, many will consider that the world societies do not advance in a fair and equitable way towards a moral development, based on the values ​​of equity and tolerance.

The January 30 school day of nonviolence and peace The commemoration of the death of Mahatma Gandhi, who was a national and spiritual leader of India, is celebrated. This day is celebrated from the year 1964, but it was not until the year 1993 when the UN recognized it.

El January International Day of Nonviolence 30, different acts are held in schools to promote peace in the world. It is usual for this school day of non-violence and peace to take place activities, such as story day of peace and nonviolence, or songs related to peace are also sung and that evoke a situation that is being lived in the country or somewhere in the world.

Why is the day of nonviolence and peace celebrated at the 30 in January chosen in schools?

This day is chosen by the educational centers to carry out different activities with the little ones. These days are usually held throughout the child and primary stage, and it is intended that the little ones know figures representative of the movement of nonviolence and peace. Among the most representative figures are Mahatma Gandhi, Nelson Mandela, Mother Maria Teresa of Calcutta or Martin Luther King.

19 November world day without violence towards children and youth 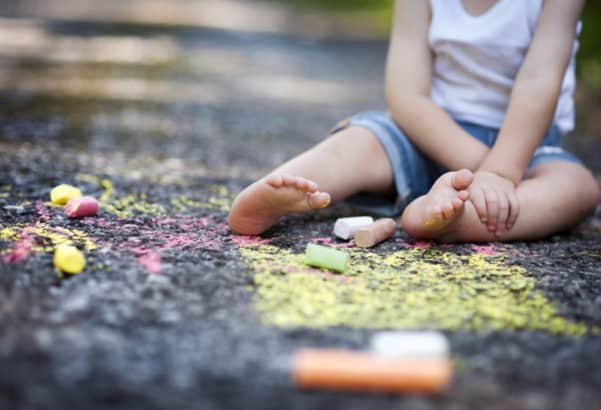 The November 19 is the day of child and youth nonviolence, it is intended to make visible the abuse committed towards the youngest. It was in the year 2000 when this day was designated by default in order to establish urgent and effective measures by the States. In addition, the November 20 is commemorated in synergy on International Children's Day.

This day of non-violence for children is used to raise awareness about what are the most common techniques for abusing minors and what tools they can use to raise the alarm bells of trusted adults around them.

The abuse and exploitation of children and young people is a problem that concerns all countries worldwide. And is that this type of abuse does not distinguish race, country, culture or social status.

The cases of abuse and violence towards minors have made hundreds of organizations and government systems begin to take measures, and implement educational systems and alarm, so that these cases are made known and can thus establish protocols for action in all fields: families, educational center as leisure areas .

The experts created a list of the most frequent indicators that can be found in children and young people when they are suffering or have suffered abuse:

This guide is designed so that family members, friends or educators can detect in the youngest symptoms of abuse without them having to verbally tell them about it.

Final statement on the international day of violence against nonviolence

Unfortunately, it seems that all the time is the international day of violence, due to all the conflicts that exist in the world, and all the abuses that are committed in all societies, whether they are considered civilized or not.

Depending on the culture of each country and the advances or setbacks in rights that it has, different models of violence can be observed. Many people might think that in developed countries there would be no need to celebrate world day against nonviolence, because they assume that it no longer exists or that there is little or deserved.

But unfortunately it is the opposite, violence is part of the human being, and to eradicate it first it is necessary to raise awareness of its existence, and make visible in what cases it comes to light, and what is considered violence.

Spain leads the world march for the international day of nonviolence

Spain is a country considered the first world in a democratic parliamentary monarchy, with a constitution that supposedly protects and grants rights to all its citizens.

But the truth is that throughout the most recent history of this country there have been situations of maximum violence, both explicit and implicit. Domestic violence (whose day is 25 November violence) remains one of the main difficulties that flood this society.


It has also experienced stages in which terrorism threatened the daily life of its inhabitants. Among the acts of protest of maximum concern that has been seen directly has been the 1 violence in October that was lived in Catalonia, due to the referendum that was truncated by the security forces, which violently assaulted the citizens. Because of that circumstance, World Day of Nonviolence 2017 It was especially significant.

If one takes into account that Spain is one of the most civilized societies, and in spite of that, so many assaults are made against the rights and security of individuals, it is easy to imagine what happens in other countries with lower or no levels of democracy or submerged in the war.

For all these reasons there are organizations that promote the fight for the rights of people, as is the case of The World March for Peace and Nonviolence, who work year after year, internationally to raise awareness among citizens and their governments about the importance of not using violence.