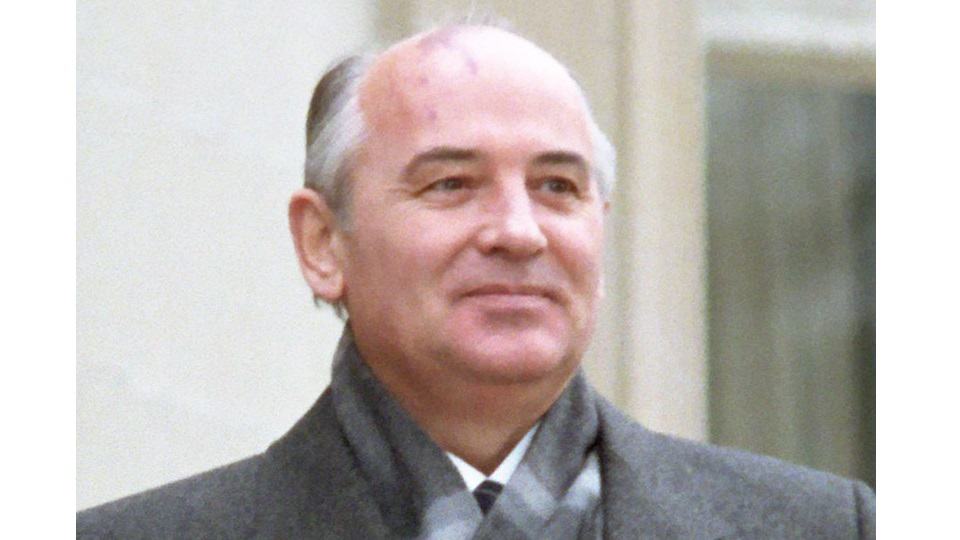 The origins of the humanist organization «World without wars and without violence» (MSGySV) were in Moscow, recently dissolved the USSR. there he lived Rafael of the Rubia in 1993, its creator.

One of the first supports that the organization received was from Mijhail Gorbachev, whose death is being announced today. Here goes our thanks and recognition for your contribution to understanding between peoples and for your commitment to the reduction of weapons and global disarmament. Here is reproduced the text that Mijhail Gorbachev made celebrating the creation of MSGySV.

World without wars: An initiative full of life[1]

Peace or war? This is really the continuing dilemma, which has accompanied the entire history of mankind.

Throughout the centuries, in the unlimited development of literature, millions of pages are devoted to the theme of peace, to the vital need for its defense. People have always understood that, as George Byron said, "war hurts the roots and the crown." But at the same time the wars have continued without limit. When arguments and conflicts arose, reasonable arguments backed down to brute force arguments, in most cases. In addition, the canons of law elaborated in the past and existing until not so distant times considered war as the "legal" method of doing politics.

Only in this century have there been some changes. These have been more important after the appearance of weapons of mass elimination, especially nuclear weapons.

At the end of the cold war, through common efforts of East and West, the terrible threat of war between the two powers was averted. But since then peace has not ruled on earth. Wars continue to eliminate tens, hundreds of thousands of human lives. They empty, they ruin entire countries. They maintain instability in international relations. They put barriers in the way of solving many problems from the past that should already be solved and make it difficult to solve other current ones that are easy to solve.

After having understood the inadmissibility of nuclear war - whose significance we cannot underestimate, today we have to take a new step of decisive importance: it is a step towards understanding the principled non-acceptance of war methods as a way of solving existing problems today or those that may arise in the future. For wars to be rejected and definitively excluded from government policies.

It is difficult to make this new and decisive step, it is very difficult. Because here, we have to talk, on the one hand, of revealing and neutralizing the interests that produce contemporary wars and, on the other hand, of overcoming the psychological predisposition of people, and especially of the world political class, to resolve conflict situations through strength.

In my opinion, the world campaign for a “World without wars”…. and the actions planned for the time of the campaign: discussions, meetings, demonstrations, publications, will make it possible to publicly reveal the true origins of the current wars, show that they are completely opposed to the stated reasons and demonstrate that the motives and justifications for these wars they are false. That the wars could have been avoided if they had been persistent and patient in the search for peaceful ways to overcome the problems, sparing no effort.

In contemporary conflicts, wars have at their essential basis national, ethnic contradictions and sometimes even tribal discussions. To this is often added the factor of religious conflicts. In addition, there are wars over disputed territories and sources of natural resources. In all cases, without a doubt, the conflicts could be resolved with political methods.

I am sure that the campaign for a "World without Wars" and its program of actions will make it possible to add large numbers of forces of public opinion to the process of extinguishing the still existing sources of war.

Thus, the role of society, especially of doctors, nuclear scientists, biologists, physicists, will consist not only in making humanity understand the inadmissibility of nuclear war, but also in carrying out actions that distance this threat from all of us, it is say: the potential of popular diplomacy is enormous. And he's not only not finished, he's still largely untapped.

It is important, it is very important to create conditions to avoid the installation of foci of war in the future. Existing intergovernmental institutions are not yet able to achieve this, despite taking some measures (I take into account the Organization for Security and Cooperation in Europe, other religious organizations, and of course the UN, etc.).

It is clear that this task is not easy. Because, to some extent, its resolution requires the renewal of politics in the internal life of peoples and governments, as well as changes in relations between countries.

In my understanding, the campaign for a World without Wars is a global campaign for dialogue, inside and outside each country, over the barriers that separate them; dialogue based on tolerance and based on the principles of mutual respect; of a dialogue capable of contributing to changing political forms in order to consolidate new and truly peaceful political methods of resolving existing problems.

In the plane political, such a campaign is capable of creating interesting initiatives aimed at establishing a common understanding for the consolidation of a peaceful consciousness. That cannot fail to be a factor of influence in official politics.

In the plane moral, the campaign for a "World without Wars" can contribute to strengthening the sense of rejection of violence, of war, as political instruments, reaching a deeper understanding of the value of life. The right to life is the main right of the Human Being.

In the plane psychological, this campaign will contribute to overcoming the negative traditions inherited from the past, by strengthening human solidarity…

It is clear that it would be important that all states, all governments, politicians of all countries understand and support the initiative for a "World without wars", to ensure a peaceful start to the XNUMXst century. To these I make my appeal.

"The future belongs to the book, not the sword”- once said the great humanist Victor Hugo. I believe that it will. But to hasten the approach of such a future, ideas, words and actions are necessary. The campaign for a "World without Wars" is an example, in the highest degree of noble action.

[1] It is an excerpt from the original document "An initiative full of life" that was written by Mikhail Gorbachev in Moscow in March 1996 for the “World without Wars” campaign.

About the header image: 11/19/1985 President Reagan greeting Mikhail Gorbachev at Villa Fleur d'Eau during their first meeting a the Geneval Summit (Image from es.m.wikipedia.org)

We appreciate being able to include this article on our website, originally published under the title World without wars: An initiative full of life at PRESSENZA International Press Agency by Rafael of the Rubia on the occasion of the death of Mikhail Gorbachev.