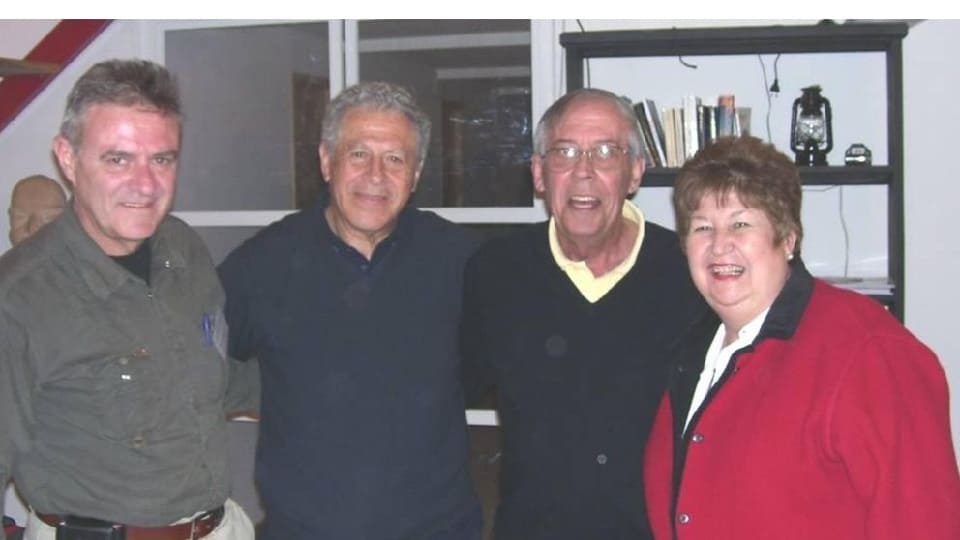 Dr. Gastón Rolando Cornejo Bascopé passed away on the morning of October 6.

He was born in Cochabamba in 1933. He spent his childhood in Sacaba. He graduated from high school at Colegio La Salle.

He studied Medicine at the University of Chile in Santiago graduating as a Surgeon.

During his stay in Santiago, he had the opportunity to meet Pablo Neruda and Salvador Allende.

His first experiences as a doctor were in Yacuiba at Caja Petrolera, later he specialized in the University of Geneva, Switzerland, with the Patiño Scholarship.

Gastón Cornejo was a doctor, poet, historian, leftist militant and senator of the MAS (Movement for Socialism) from whom he subsequently distanced himself, silently critical of the direction taken by the so-called “Process of Change in Bolivia).

I never hide his adherence to Marxism, but if in practice it is necessary to define him, it should be done as a lover of Humanism and an active environmentalist.

An endearing person, of extreme human sensitivity, with a mischievous and close gaze, an active intellectual, knowledgeable about his native Bolivia, vocational historian, contributor to the Cochabamba written press and tireless writer.

He was an active member of the first Government of Evo Morales, among his outstanding acts are having collaborated in the drafting of the Constitutional text of the current Plurinational State of Bolivia, or the failed negotiations with the Government of Chile to achieve an agreed exit to the Pacific Ocean .

Defining Dr. Gastón Cornejo Bascopé is complex due to the diversity of fronts on which he acted, a characteristic that he shares with these luminous beings, who are essential to us.

While still alive, he received numerous awards for his long medical career as a gastreontorologist, but also as a writer and historian, including that of the National Health Fund, in August 2019, and the Esteban Arce distinction awarded by the Municipal Council, on 14 September of last year.

Of course, we could stay in the overwhelming curriculum in its depth and breadth, but to those of us who like him want a world in Peace and no violence, Our interest is in their daily work, in their human daily life.

And here its greatness is multiplied as if it were reflected in a thousand mirrors.

He had friends everywhere and from every social background; was, in the mouth of his relatives, close, humane, kind, mischievous, supportive, open, flexible ... An extraordinary person!

We would like to define and remember him as he defined himself in the article, «Silo«, published on the Pressenza website in 2010, in memory of Silo after his death:

«I was once questioned about my identification as a humanist socialist. Here is the explanation; Brain and heart I belong to the movement to socialism but always enriched by humanism, a citizen of the left abhors the globalized market system creator of violence and injustice, predator of spirituality, violator of Nature in the time of postmodernity; now I firmly believe in the values ​​proclaimed by Mario Rodríguez Cobos.

May everyone learn its message and practice it to be filled with Peace, Strength and Joy !; That is the Jallalla, the splendorous greeting, the soul, the ajayu that humanists meet.«

Dr. Cornejo, thank you, a thousand thanks for your great heart, your clarity of ideas, for having enlightened with your actions not only those closest to you, but also new generations.

Thank you, a thousand thanks for your attitude of permanent clarification, your honesty and for having oriented your life at the service of the human being. Thank you for your humanity.

From here we express our wish that everything goes well on your new journey, that it be luminous and infinite.

Those of us who participated in the World March, as a tribute to this great person, want to remember the words with which he publicly expressed his adherence to the First World March for Peace and Nonviolence published on the website of the 1ª World March:

Personal message in adherence to the World March for Peace and Nonviolence from Gastón Cornejo Bascopé, senator of Bolivia:

We continually reflect on whether it is possible to achieve greater brotherhood among human beings. If religions, ideologies, States, institutions are capable of offering a common, superior and universal binding ethic to achieve a Universal Human World on the planet.

Crisis: At the beginning of this XNUMXst century, the universal demand of governments for greater solidarity and security in the face of uncontrolled demographic growth, hunger, social diseases, human migration and exploitation, the destruction of Nature, natural disasters, is clear. the catastrophe of climate warming, violence and the offensive military threat, the military bases of the empire, the resumption of the coup that today we are registering in Honduras evoking Chile, Bolivia and the violent countries where evil has launched its imperial claws. A whole world in crisis and civilization postponed.

Historical crisis: Solidarity among workers frustrated, dreams of freedom, equality, fraternity, the dream of a just social order rather turned into: Class struggle, dictatorships, confrontations, torture, violence, disappearances, crimes. Justification of authoritarianism, pseudo-scientific aberrations of social and racial Darwinism, colonial wars of last centuries, frustration of the Enlightenment, World War I and II, current wars ... everything seems to lead to pessimism about the option of a world ethic.

We proclaim: Faced with the scientific crisis, organized crime, ecological destruction, atmospheric warming; We proclaim that the health of the human group and its environment depends on us, let us respect the collectivity of living beings, men, animals and plants and let us be concerned about the conservation of water, air and soil ”, a miraculous creation of nature.

Yes, another ethical world full of fraternity, coexistence and peace is possible! It is possible to find basic ethical norms to create moral acts of a universal transcendent character. A New Global Order of coexistence between beings of diverse appearance, similar morphology and possibilities of spiritual greatness to find the possible coincidences around the difficulties of the material world.

A worldwide movement must create bridges of understanding, peace, reconciliation, friendship and love. We must pray and dream in planetary community.

Political ethics: Governments must be advised by scientists of nature and spirit, so that the debate of ethical ideas are the basis of politics in their nations, territories, regions ”. Also advised by anthropologists and bioethicists so that inclusion, tolerance and respect for diversity and the dignity of person of human beings of all cultures is feasible.

Immediate solutions: It is necessary to pacify and humanize all relationships between human beings of all social strata. Achieve continental and global social justice. Address all ethical issues in peaceful debate, non-violent struggle of ideas, outlawing the arms race.

Postmodern Proposal: Understanding between beings of different nations, ideologies, religions without any discrimination is essential. Prohibit all citizen adherence to political-social systems alienating human dignity. Grouping together in a timely collective complaint against violence. To form the worldwide ethical information network and above all: Sow the virtue of goodness!

World March: Because no one escapes ideological affiliation, we are free to choose selfishness or goodness, depending on how we respond to the different ethical systems; hence the fundamental importance of the Great World March organized by international Humanism, for this time at the beginning of the new century, precisely when the confrontations in Our Bolivia and in the brother countries are intensifying.

We began the world march, step by step, body and soul, issuing messages of peace throughout all continents and countries until we reached Punta de Vacas in Mendoza Argentina at the foot of Aconcagua where gathered together we will seal the generational commitment of brotherhood and love. Always accompanied by SILO, the humanist prophet.

SENATOR OF THE MOVEMENT TO HUMANIST SOCIALISM
COCHABAMBA BOLIVIA OCTOBER 2009

We thank Julio Lumbreras, as a close person familiar with Dr. Gastón Cornejo, for his collaboration in the preparation of this article.