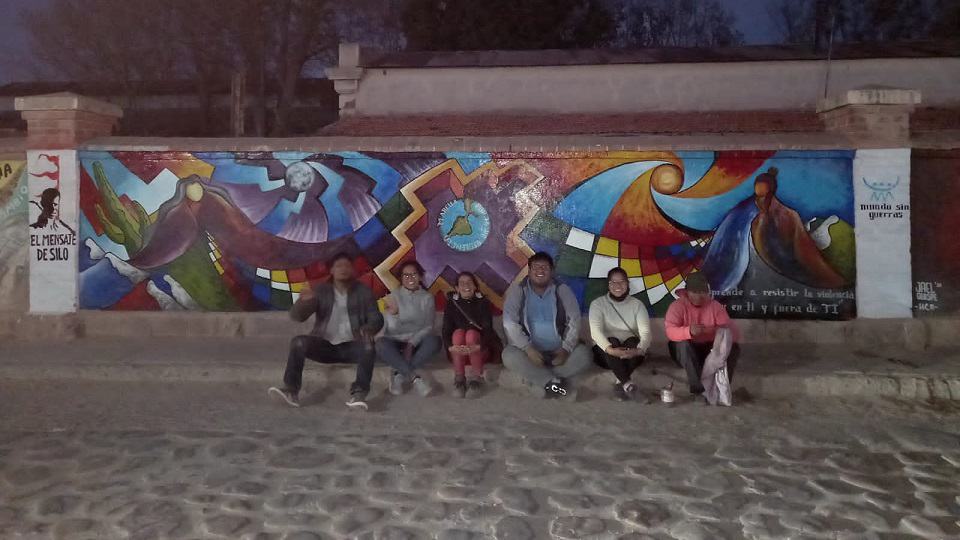 On October 10 of this year, it was held in Humahuaca – Jujuy a Mural in the context of the «1st Latin American March for Nonviolence» driven by Siloists and Humanists.

This mural was the product of a joint action with friends close to "El Mensaje de Silo" who contributed their intentionality, paint and time for the realization of the proposed image, among them are Rubén, Angelica, Samin, Natu, Dalmira, Omar and Gaby. .

We also have the collaboration of a Humahuaqueño muralist who made the sketch and directed the entire work, Professor Julio Perez.

Friends of a political group also gave us paintings.

After a week with several activities in secondary schools, this activity was specified with the completion of the Mural that was carried out in 2 days.

On October 9, the cleaning and preparation of the wall was carried out.

On October 10, the day most awaited by all, the drawing and painting was made.

They were very beautiful days, very comforting, with several anecdotes to tell and unique moments. 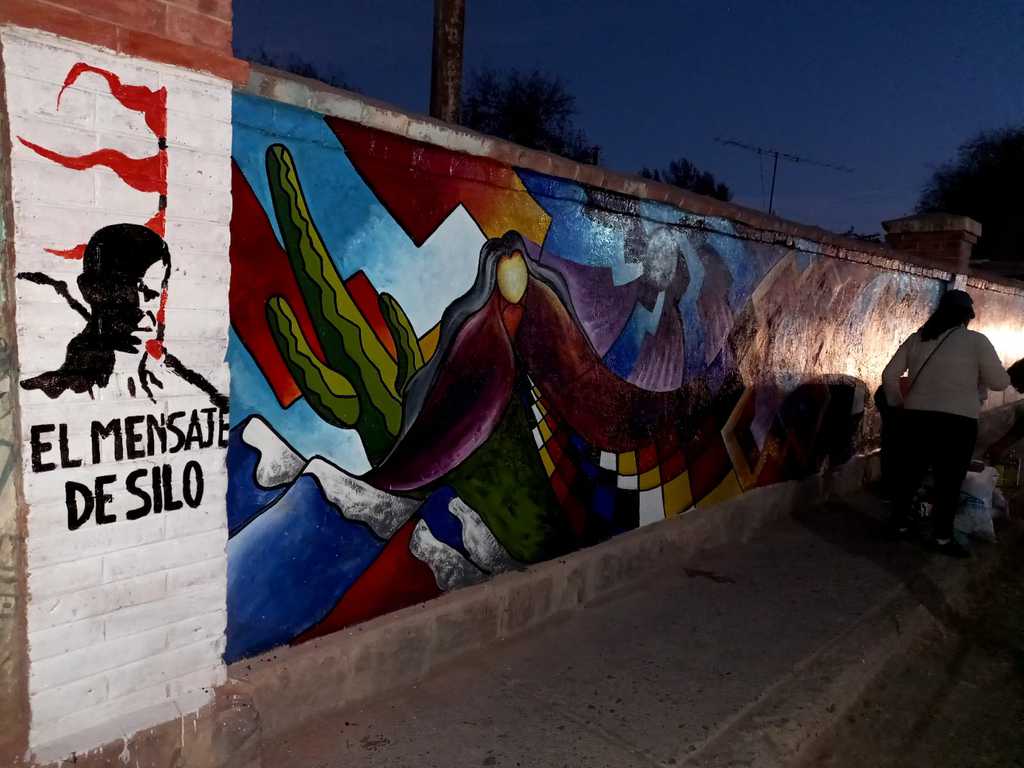 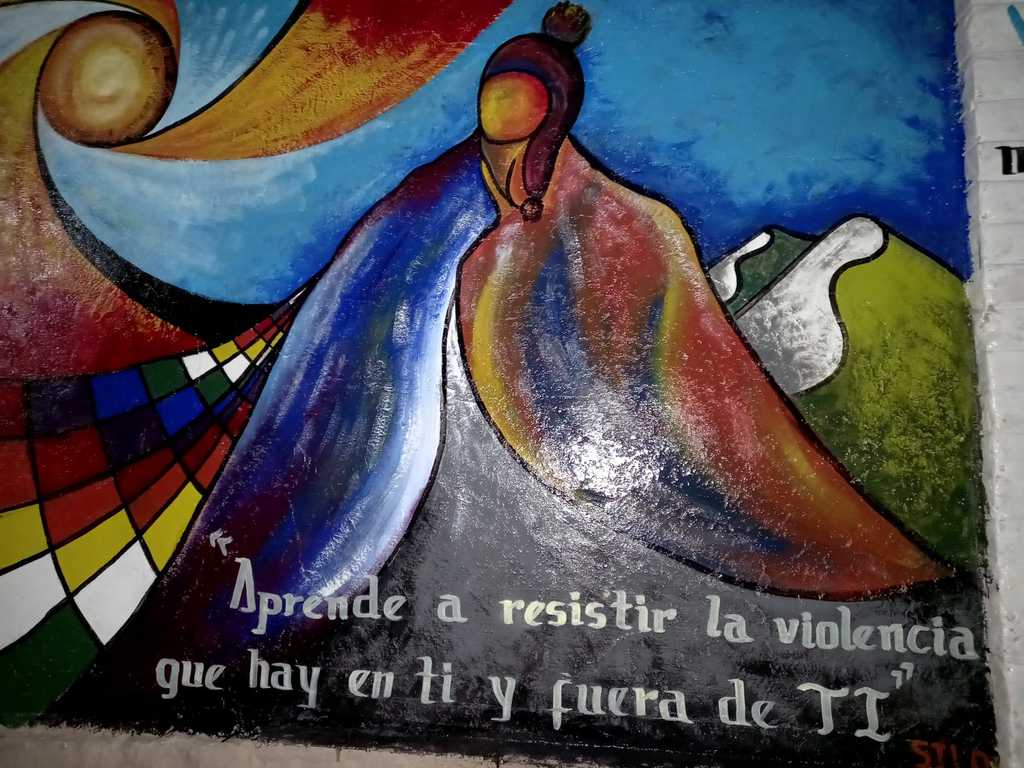 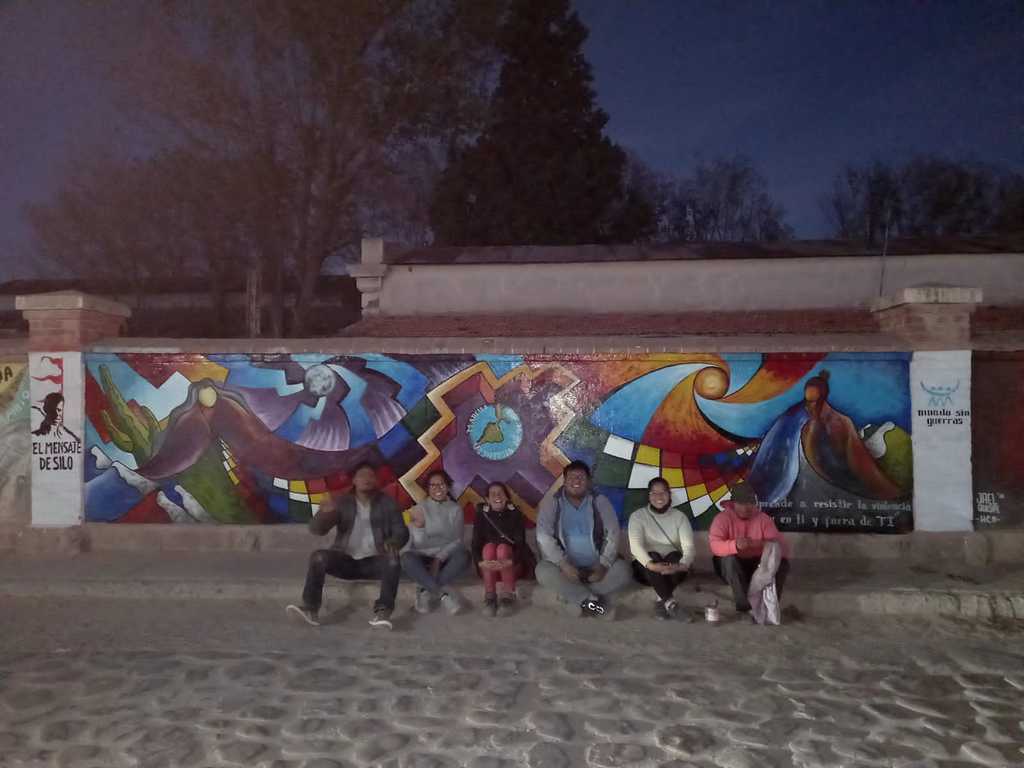 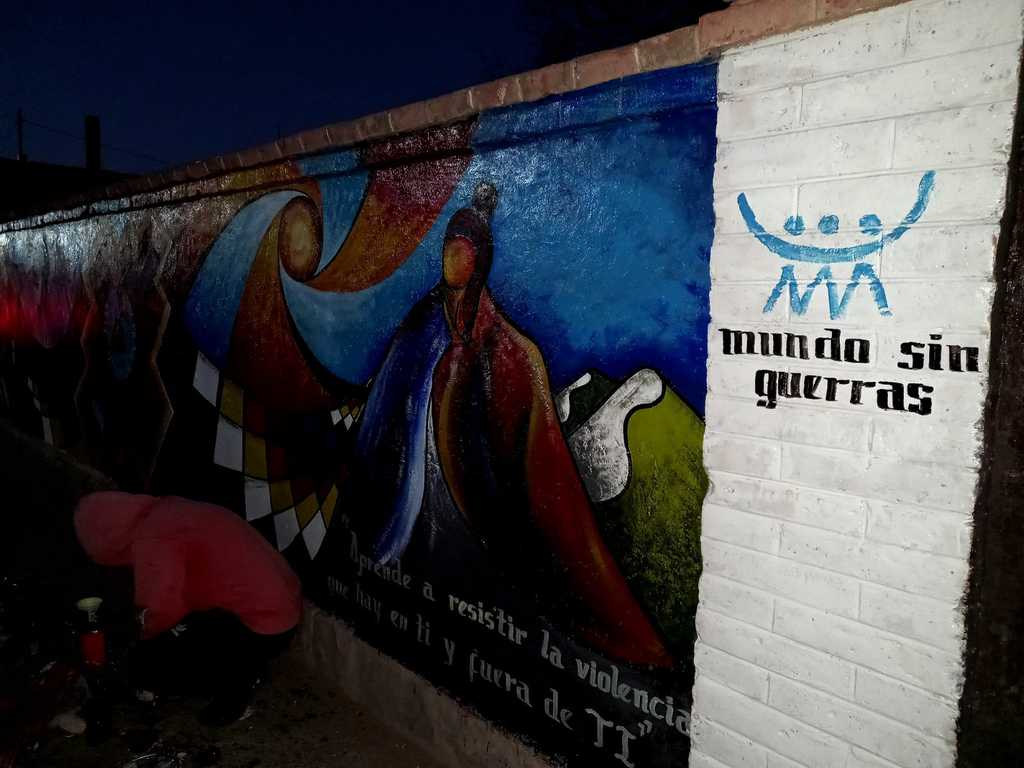 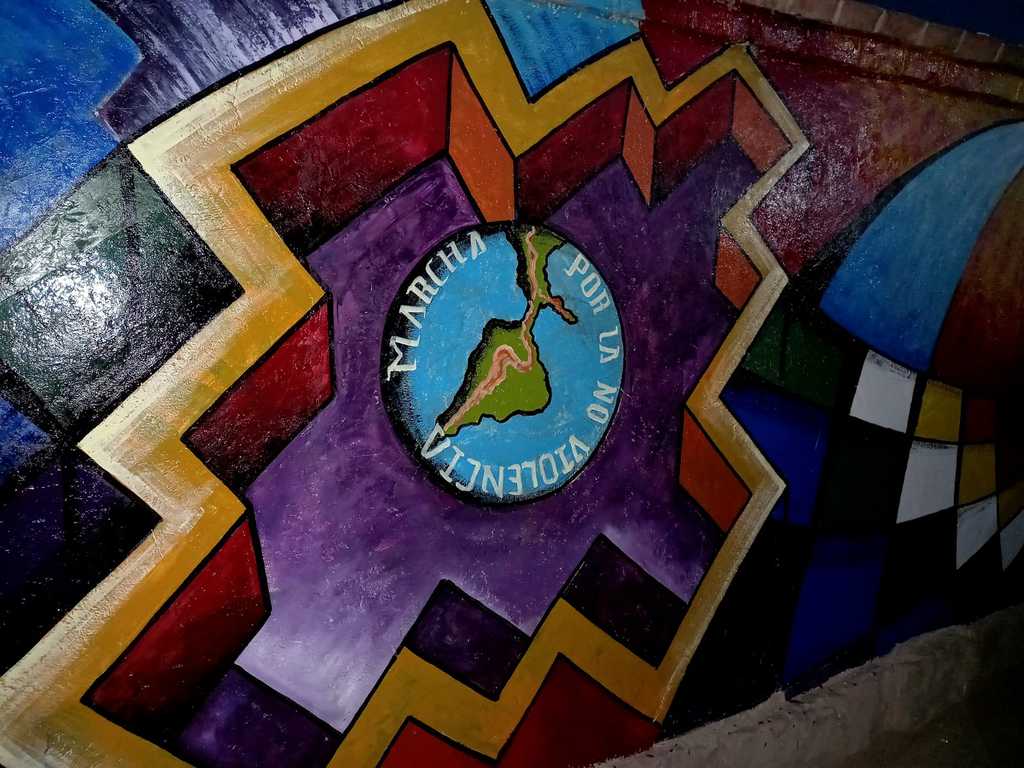 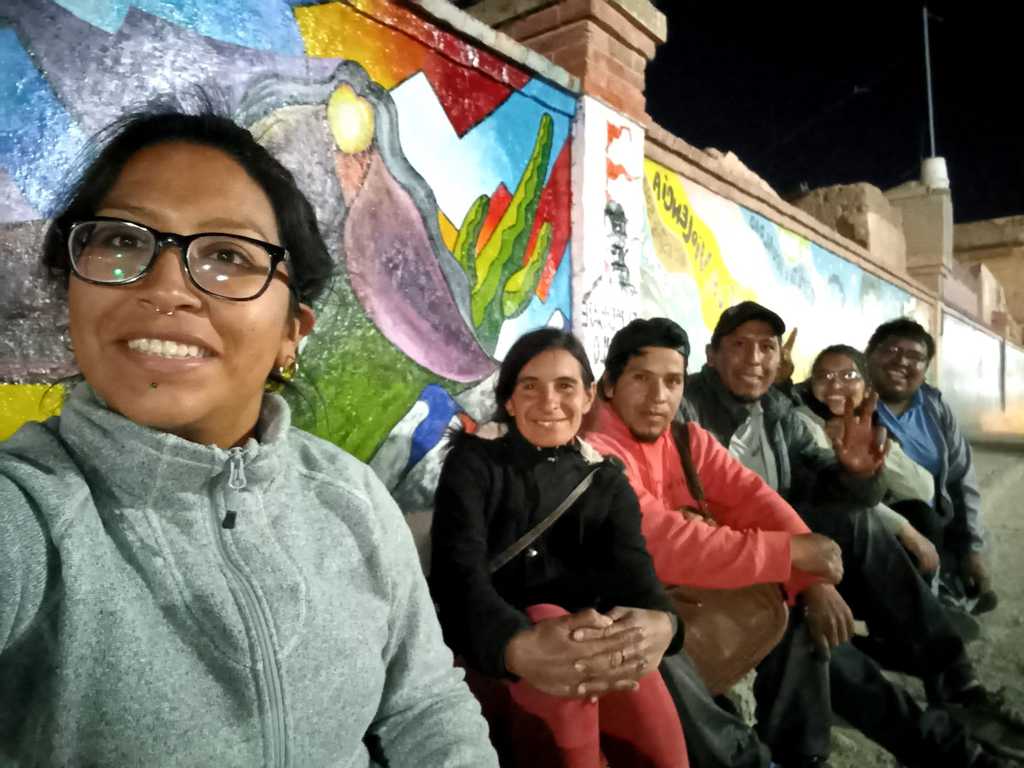 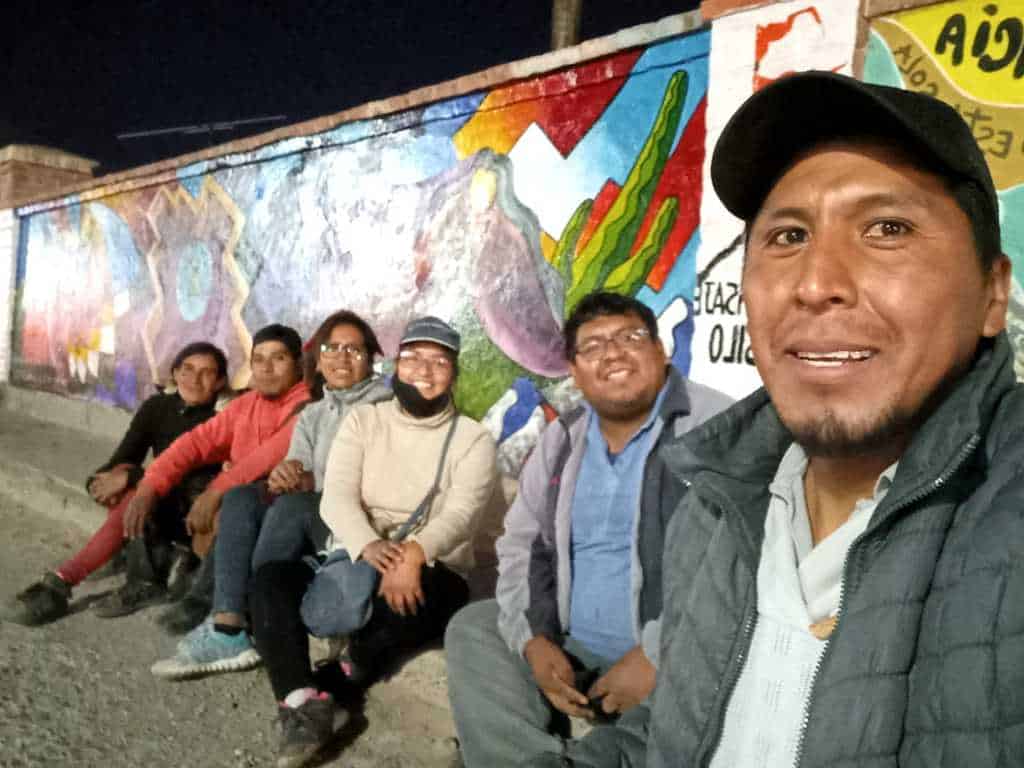 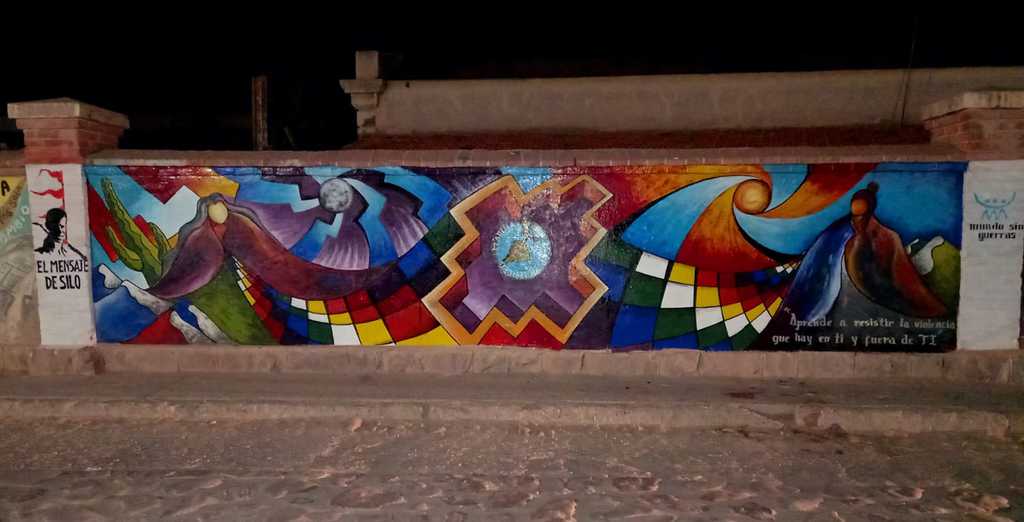 The elements that make up the artistic work are inspired by the Andean worldview: the sun and the moon, a man and a woman coyas that represent the duality of the Andean world that implies doing things in pairs or as a team, differentiating itself from the proposed individualism by other cultures, the wiphala, which represents the integration of the indigenous peoples of Abya Yala, the chacana, which is a symbol of Andean spirituality and within it, the logo of the Latin American March, the hills that are the apus (wise or sacred sites), and the phrase of the path that is part of the book of the Message of Silo «Learn to resist the violence in you and outside of you«.

In our town the mural had a very good impact, many locals asked about it, about the March, about Silo's message, etc. including reports from local radio stations.

We greet everyone with great affection.
«PEACE, STRENGTH AND JOY»