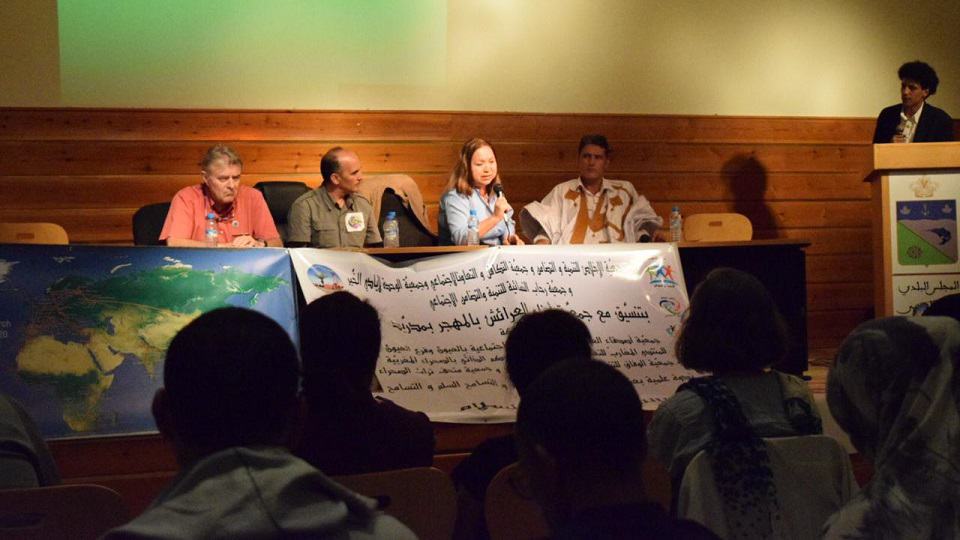 On October 13, after the typical Saharawi breakfast, we leave Tantán in the direction of El Aaiún with a spectacular landscape of cliffs sculpted by the Atlantic parading under our eyes for many miles.

A stop in Akhfnir allowed us to discover an exceptional geological formation with an immense hole of about 40 meters high, in the cliff at our feet where the sea entered.

Then he paused to eat delicious seafood. 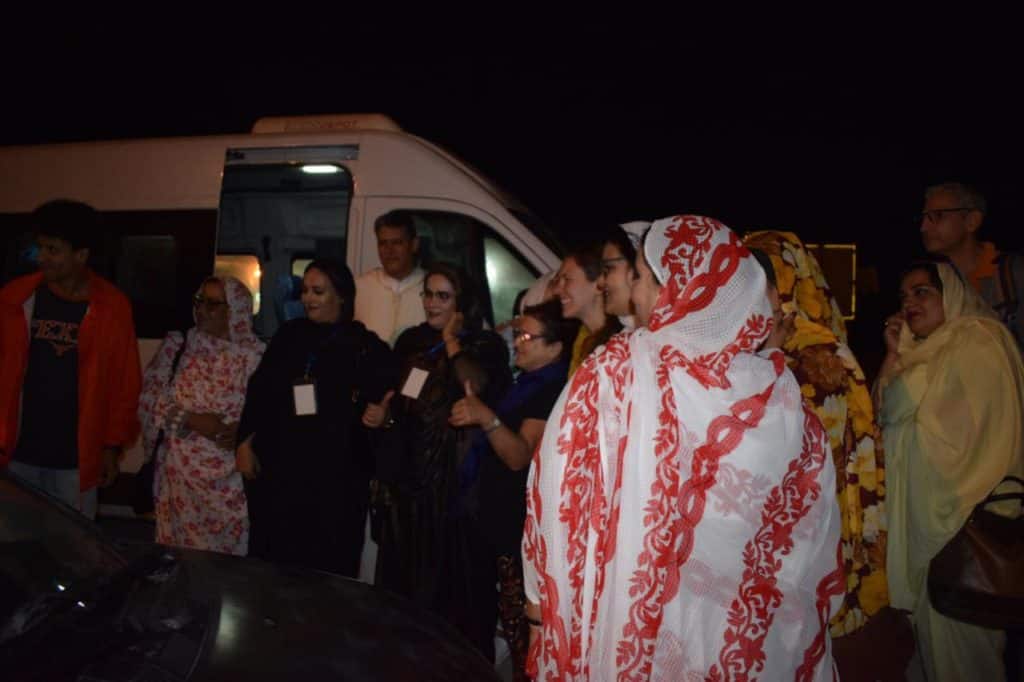 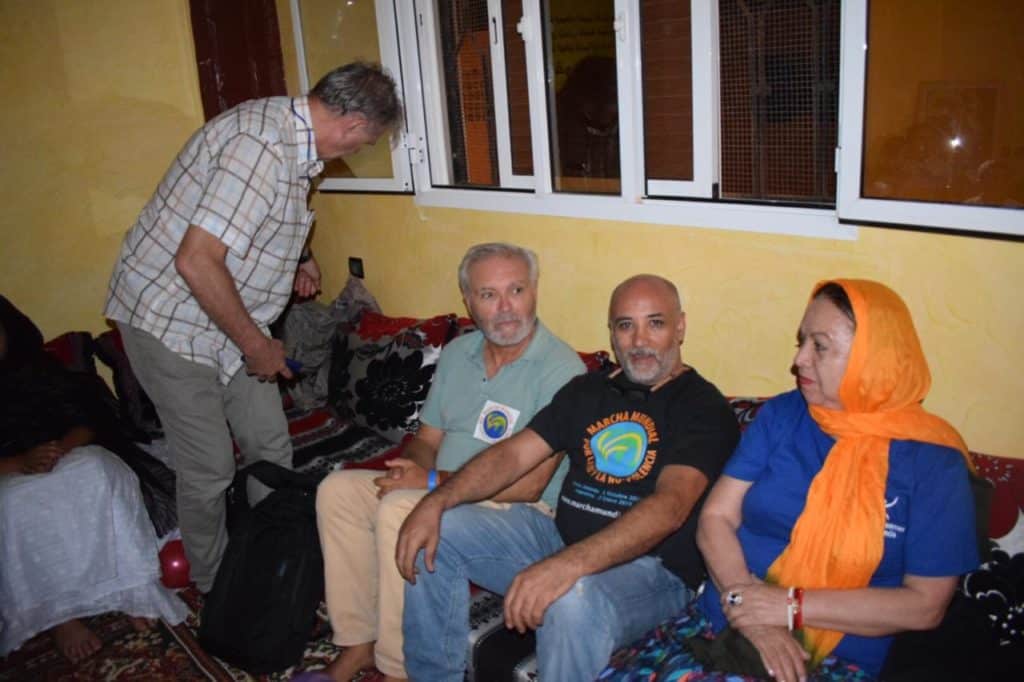 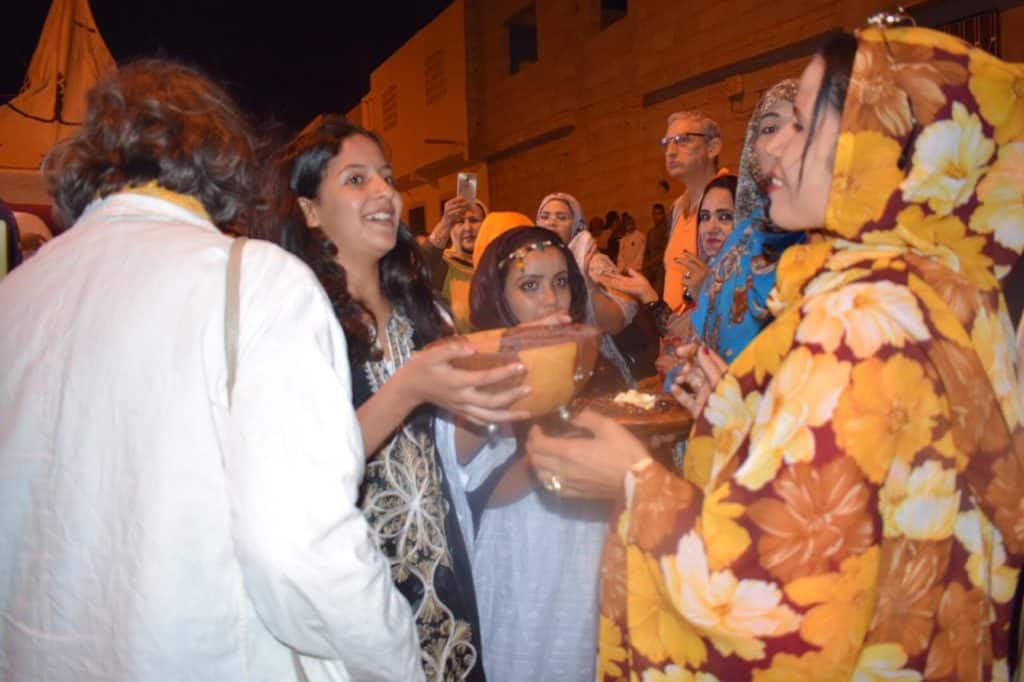 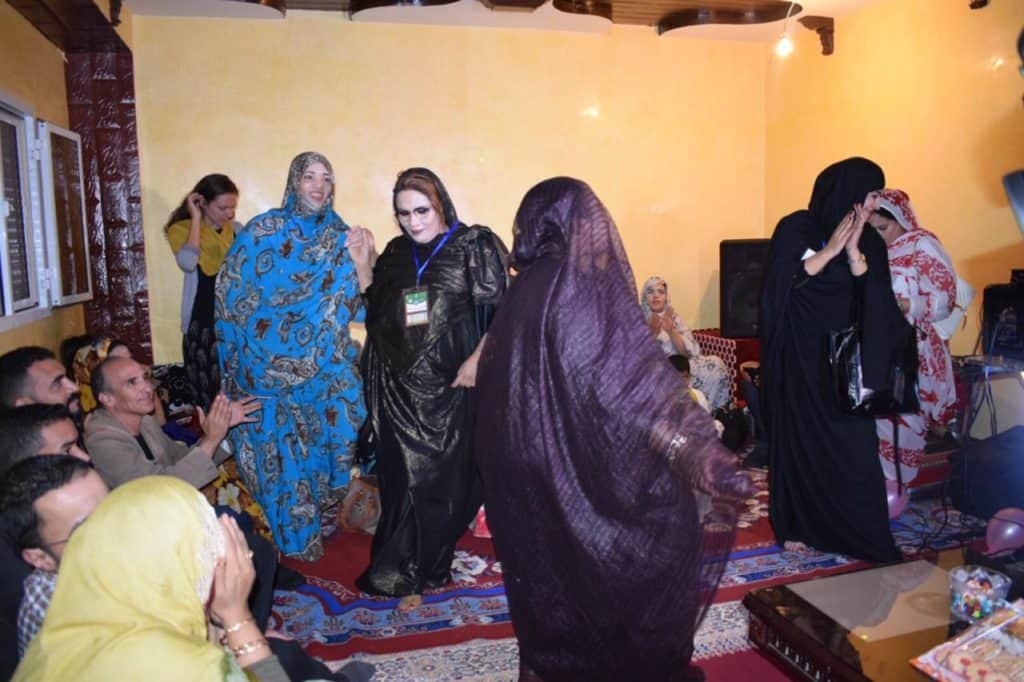 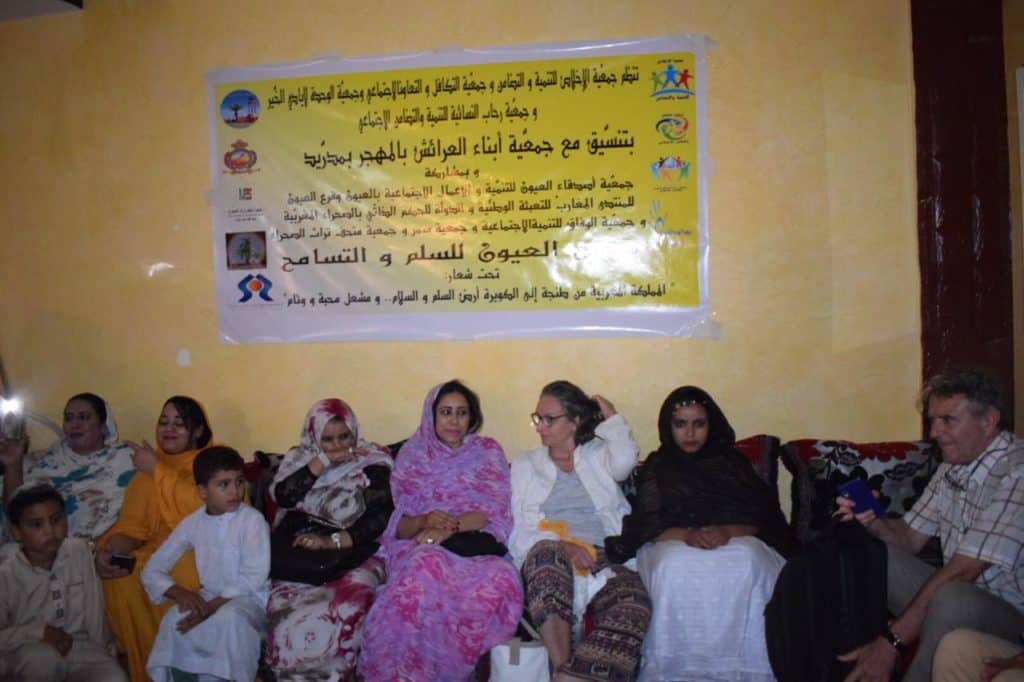 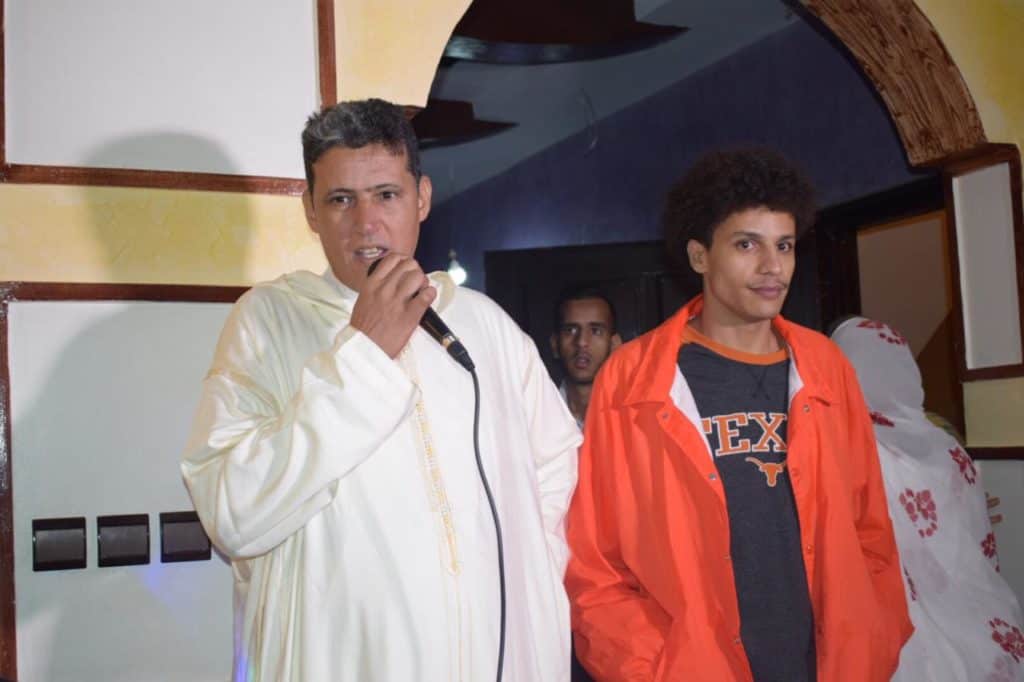 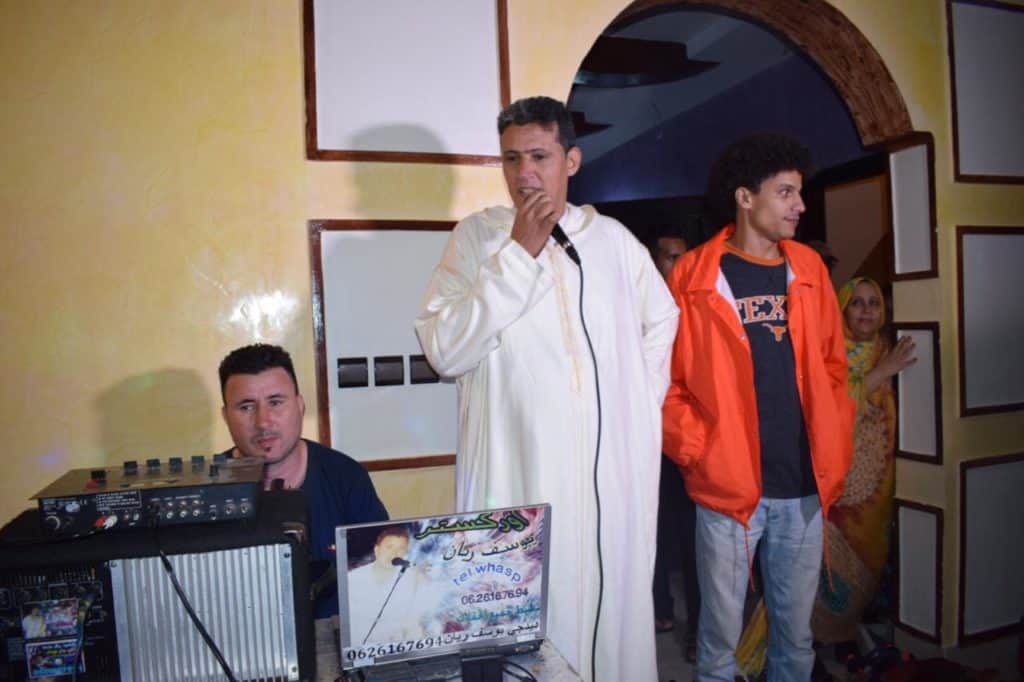 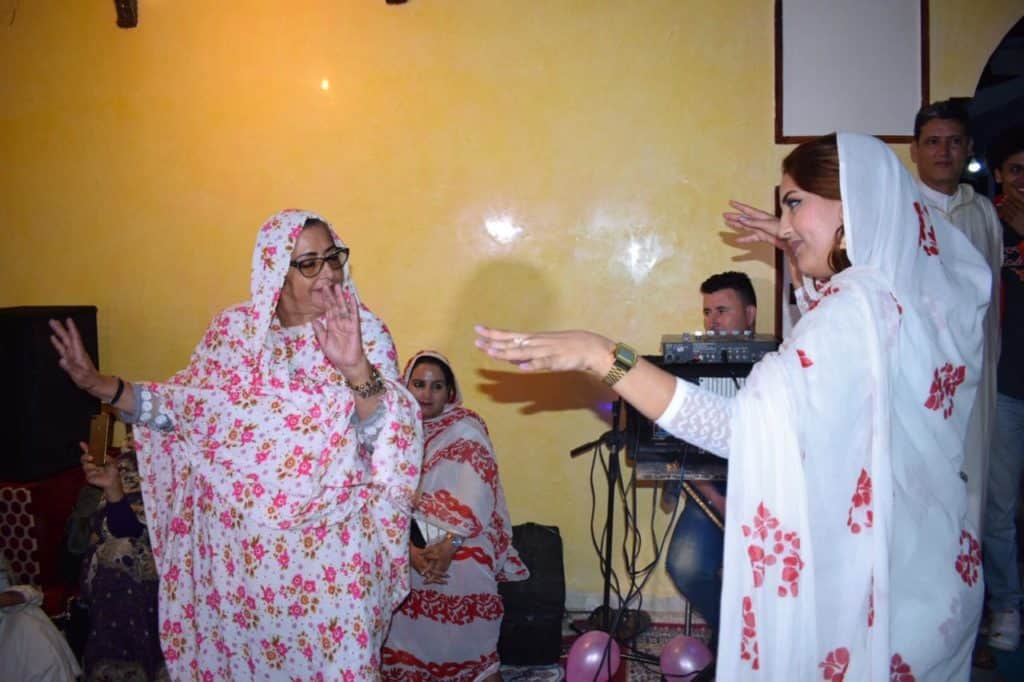 At the entrance of El Aaiún we were waiting for a delegation that guided the minibus to the house of El Kouri Aloual and Rabia Rahel, his wife, of the association Solidarity and social cooperation, where we were welcomed with words of welcome by Professor Hsaina Mohamed Ali, with typical music and dance before enjoying a succulent tagine Camel

In the afternoon we headed to El Marsa (30 Km from Laayoune) where we could visit the Saharawi heritage museum with various elements of that culture, farmland and domestic instruments, camel saddles and archaeological remains.

The event took place in the adjacent auditorium. 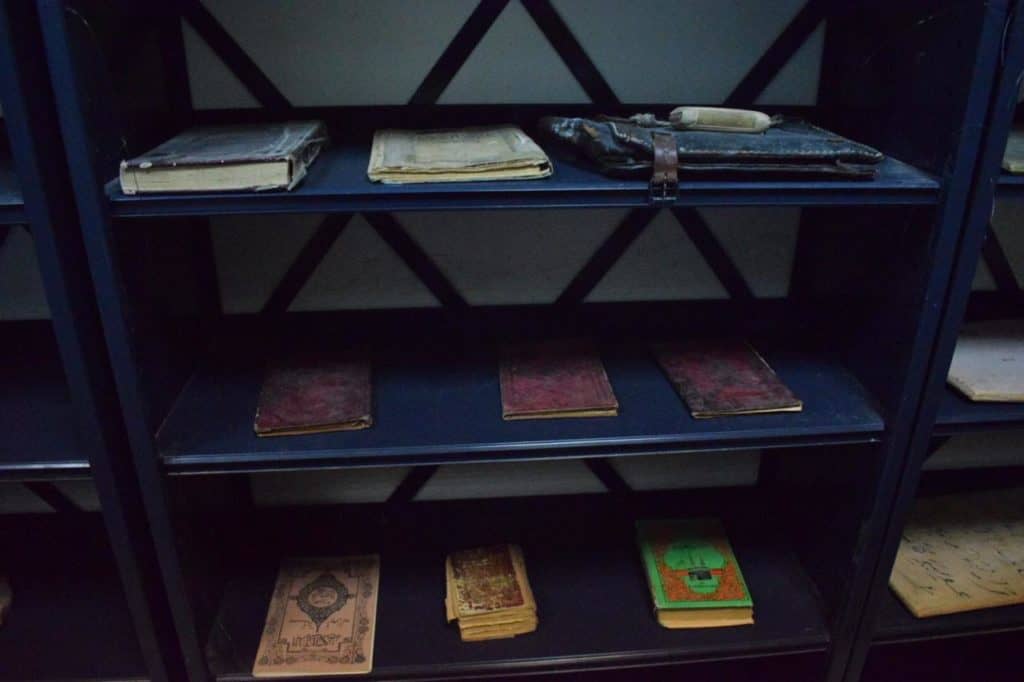 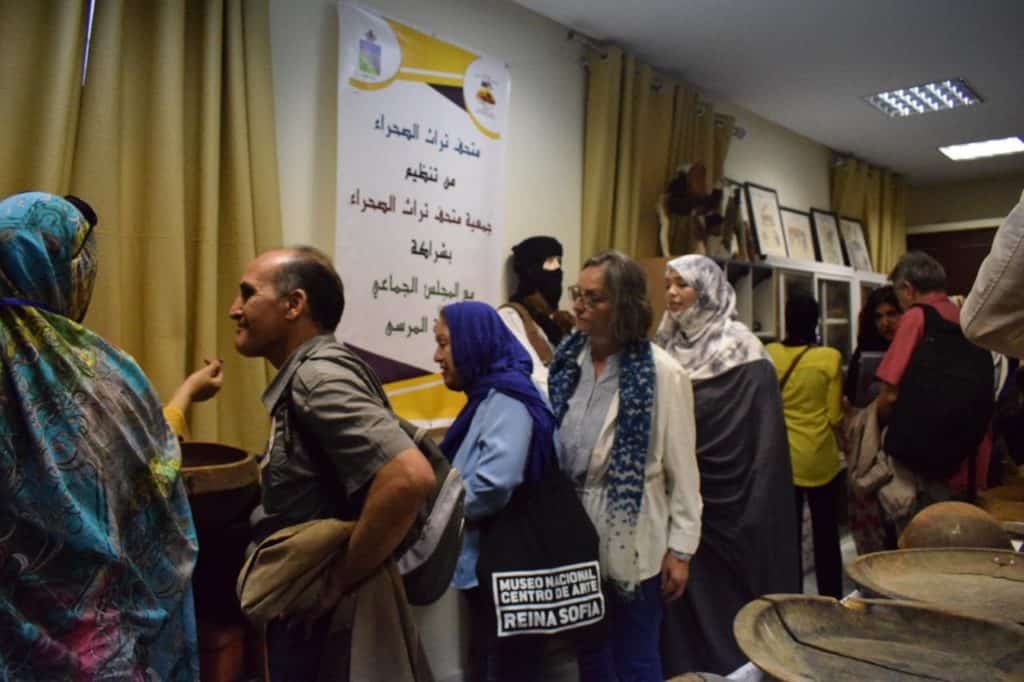 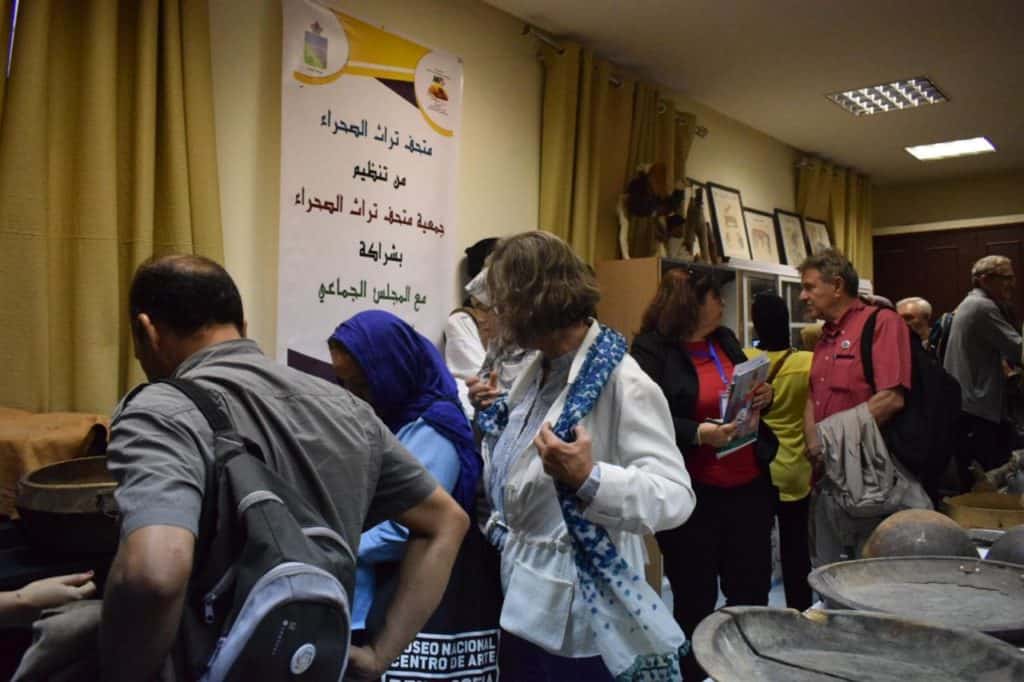 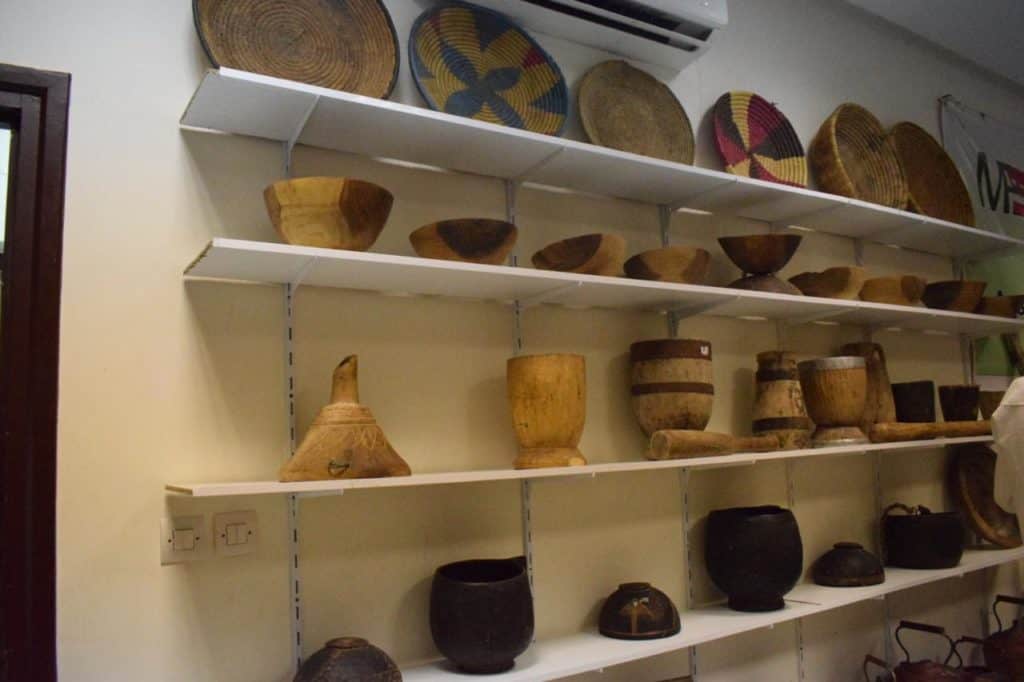 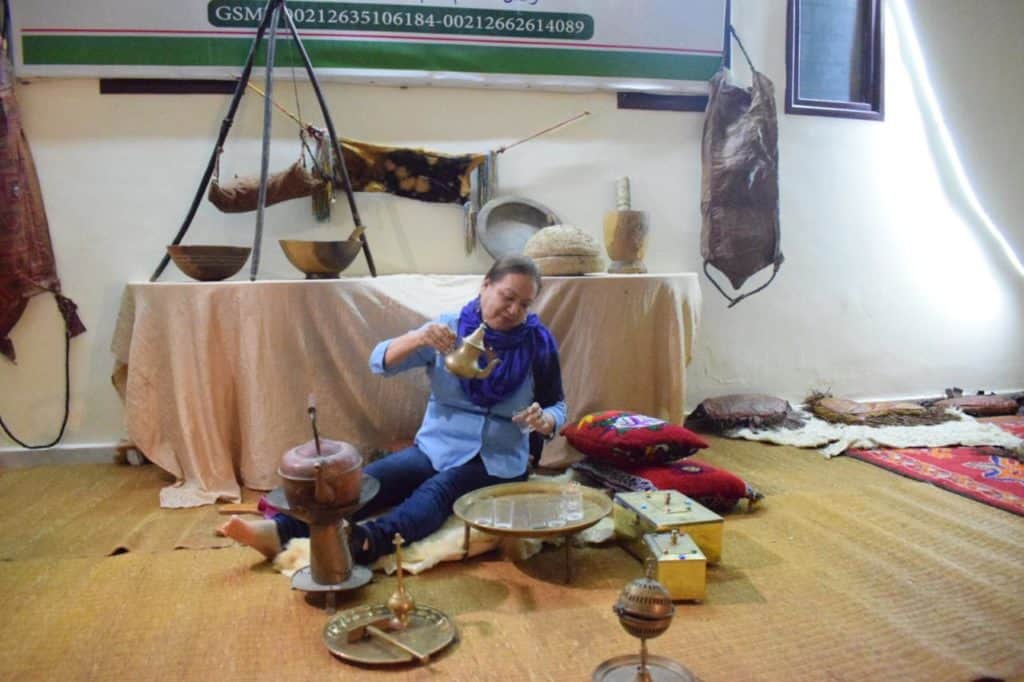 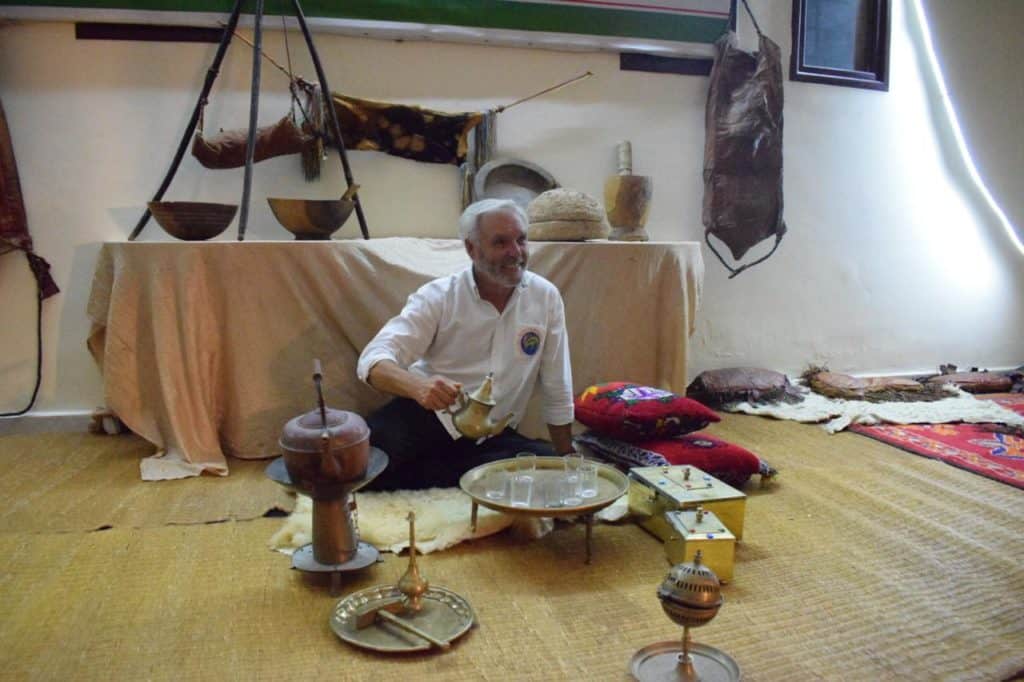 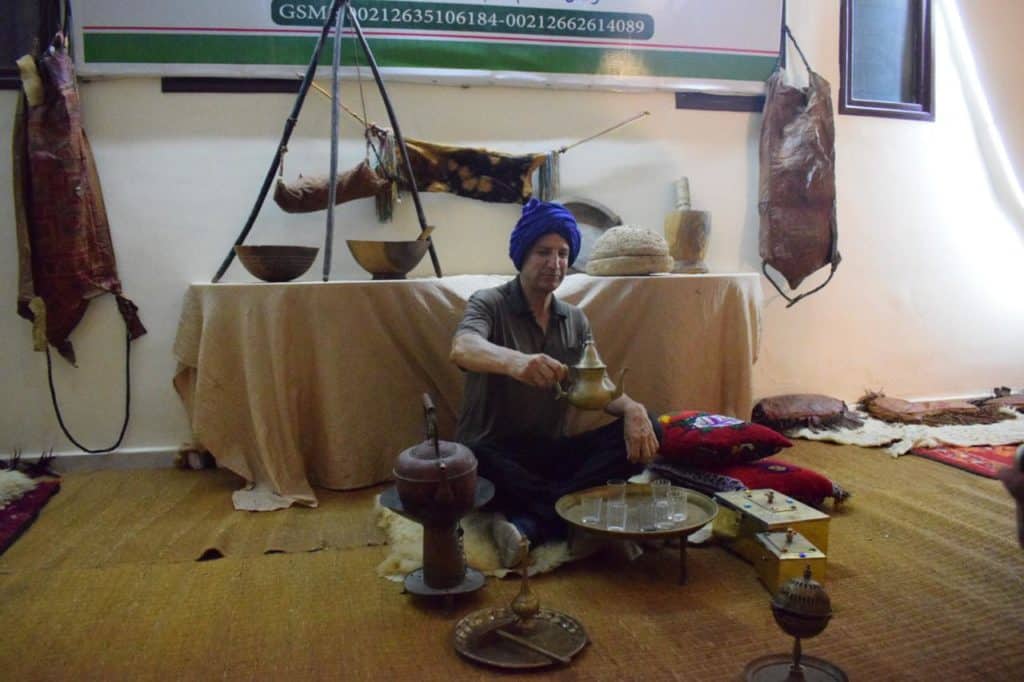 It opened with the words of Mr. Mohamed Ali and members of the association of Larache; Some representatives of local associations intervened.

They took the word José Muñoz of the association Convergence of Cultures from Madrid, Sonia Venegas from World without Wars and Violence of Ecuador and Rafael de la Rubia coordinator of the 2ª World March He emphasized active nonviolence as a way of resolving conflicts in hot areas, he gave examples of actions in some of them: as in the neutral strip between North and South Korea, in the Berlin city hall after the fall of the wall or US border and Mexico, among others.

In clear reference to the territorial tensions between the bordering countries of North West Africa, the Sahara area, he called for the United Nations resolutions to be followed, the tools of active nonviolence to be used, reducing tension in the area and expressly renouncing Do not feed armed actions that the only thing they are going to do is to extend the conflict and further complicate life for ordinary people.

Diplomas were delivered to local dealers and actors

Finally, diplomas were given to local dealers and actors who had supported the development of the activities.

Stay in El Aaiún He concluded, after a visit to the market and a delicious lunch, with an emotional farewell from Morocco by the women leaders to the members of the Base Team and their companions who accompanied them to the airport on the way to the Canary Islands. 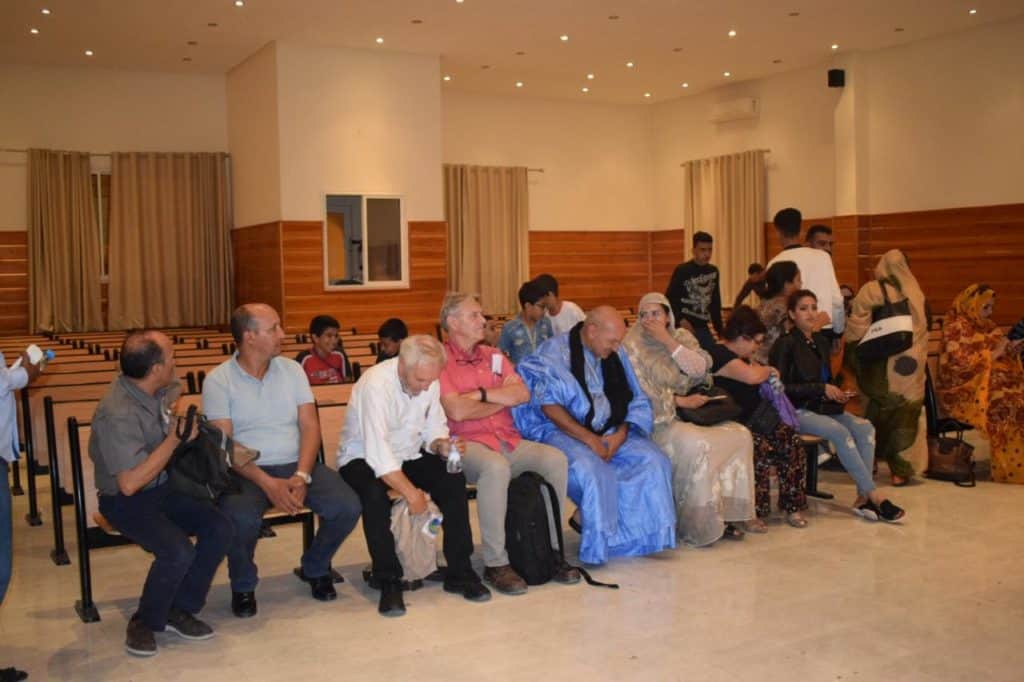 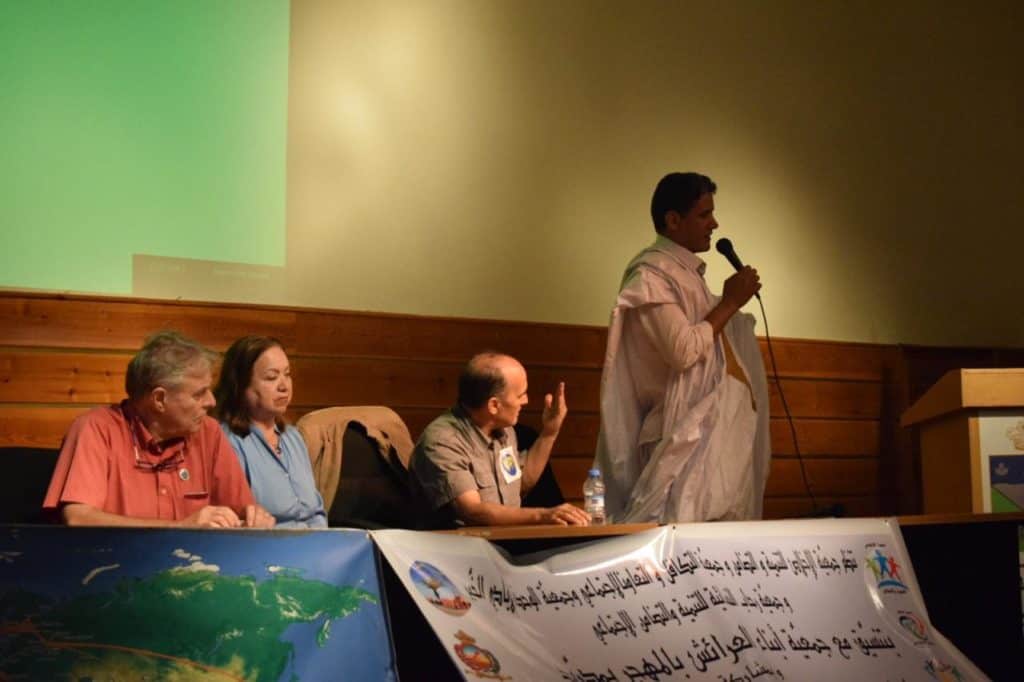 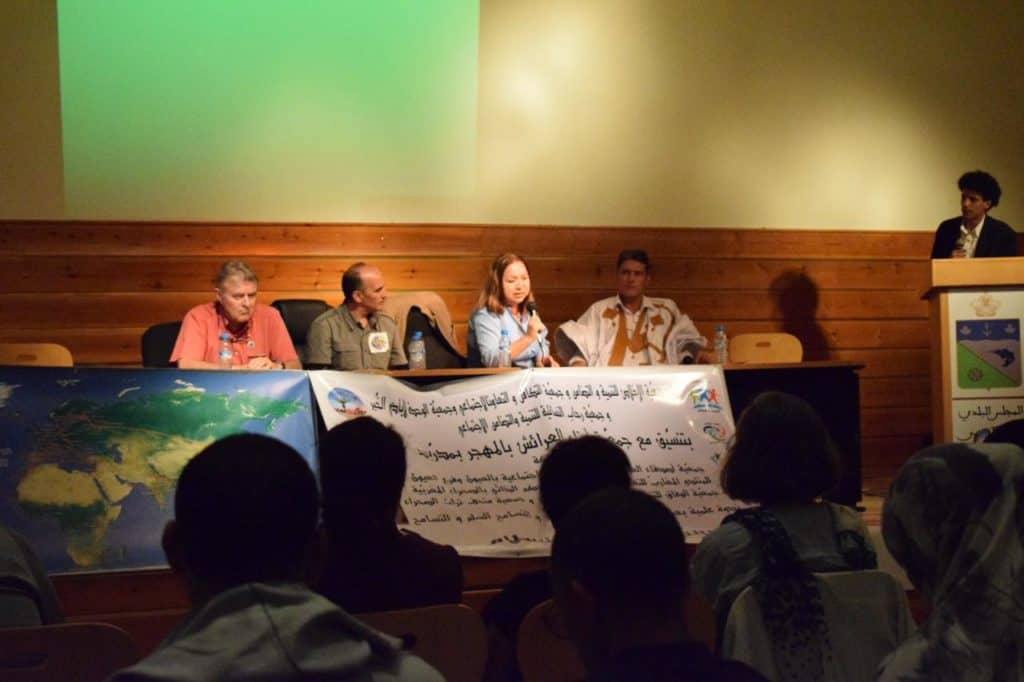 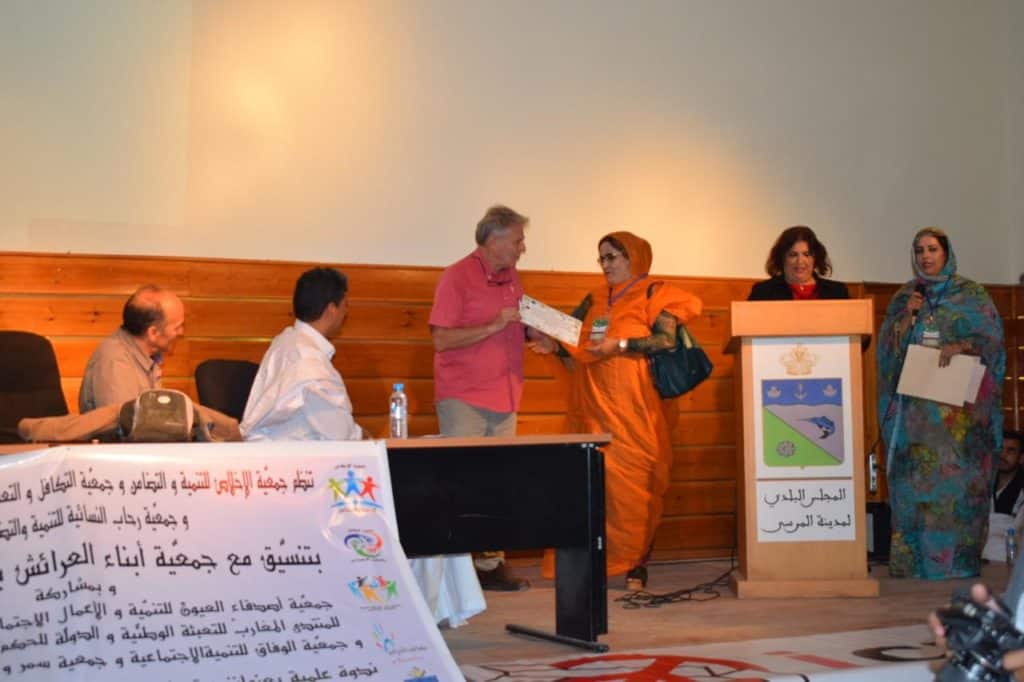 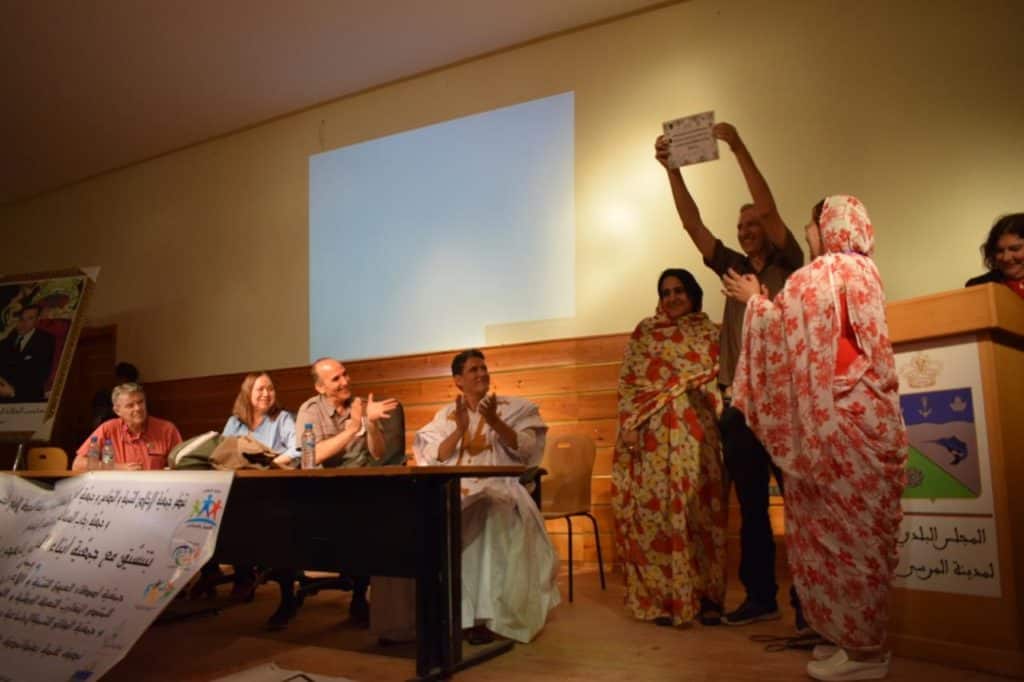 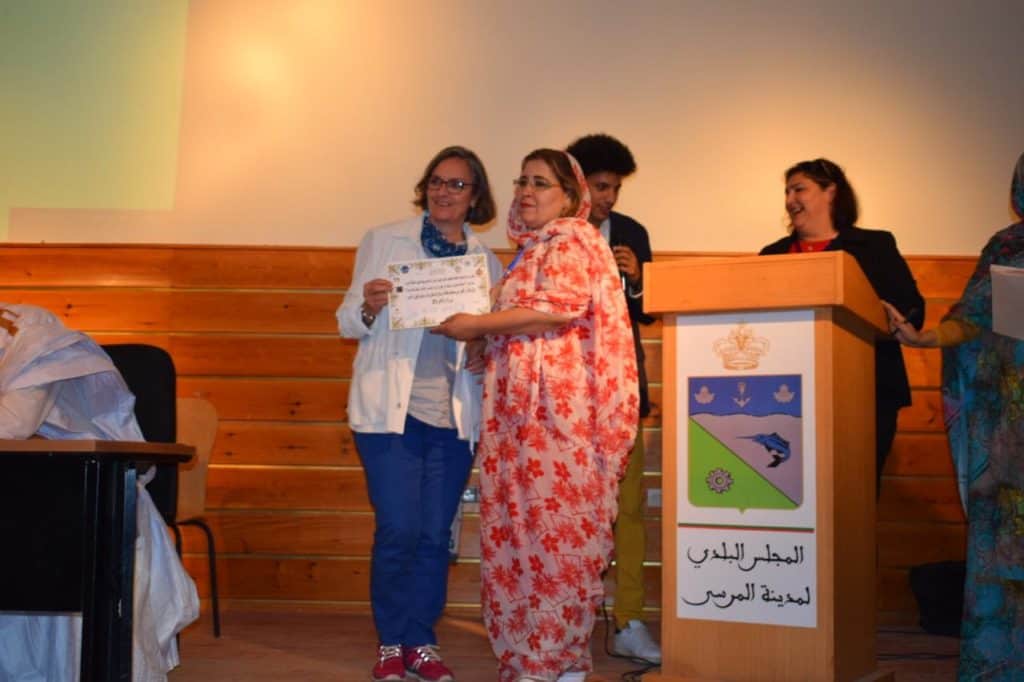 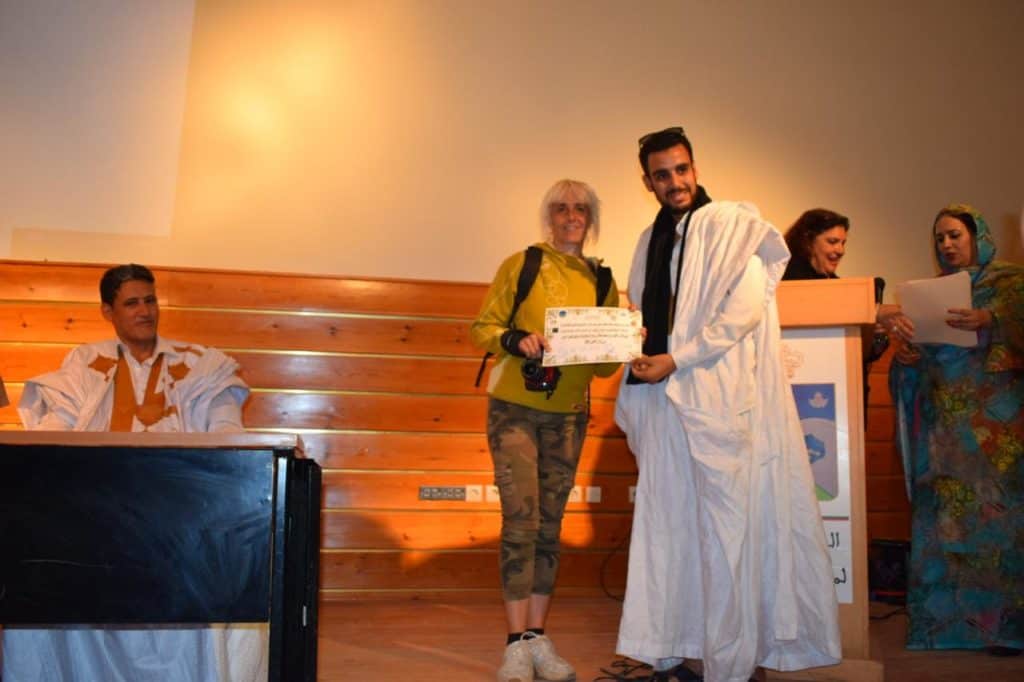 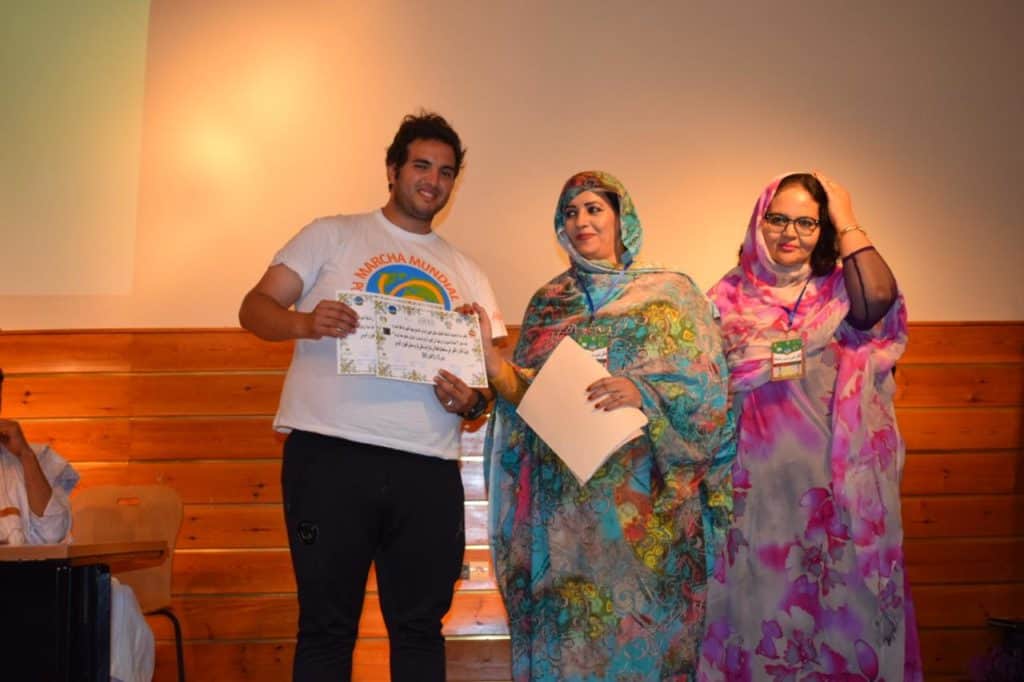 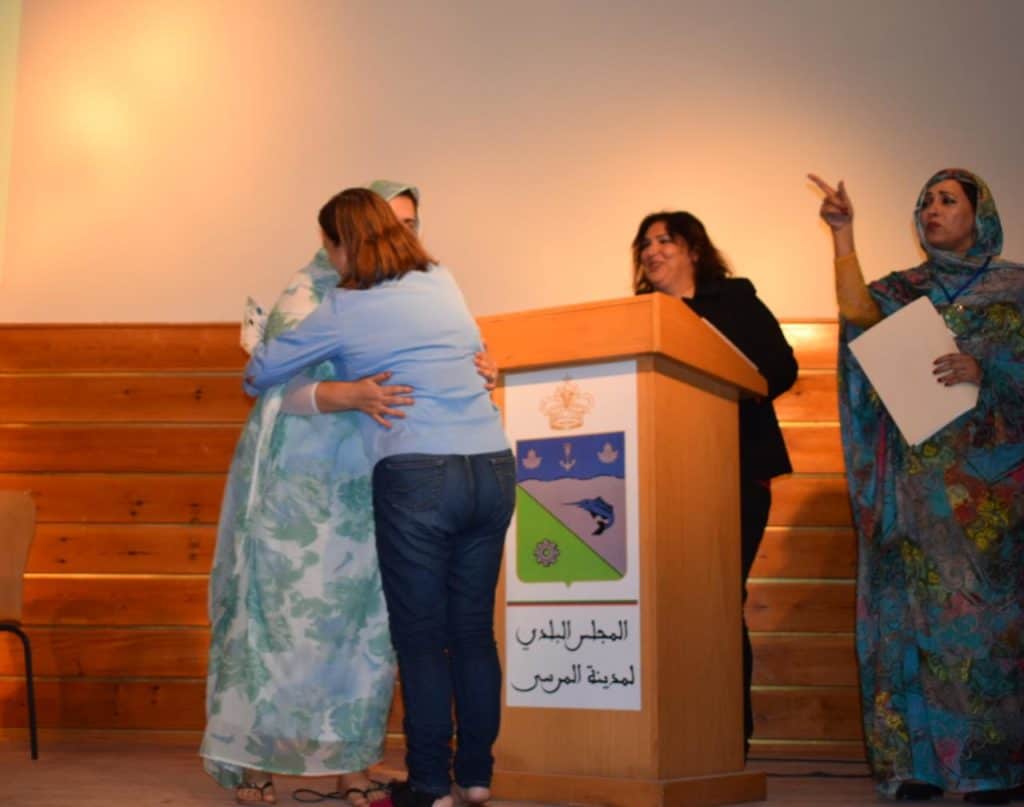 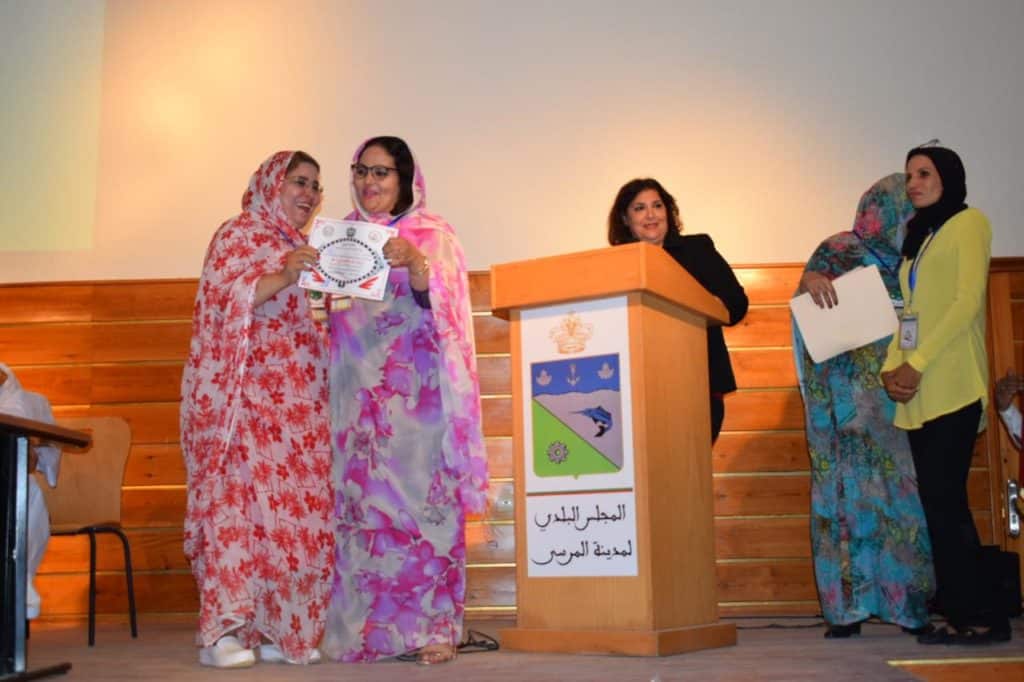 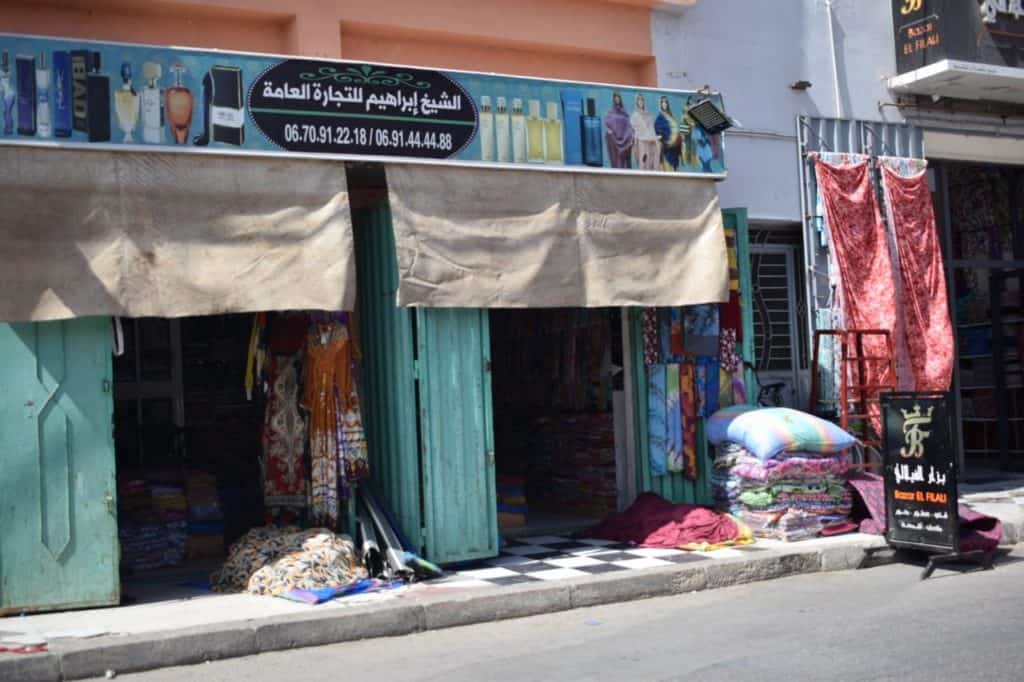 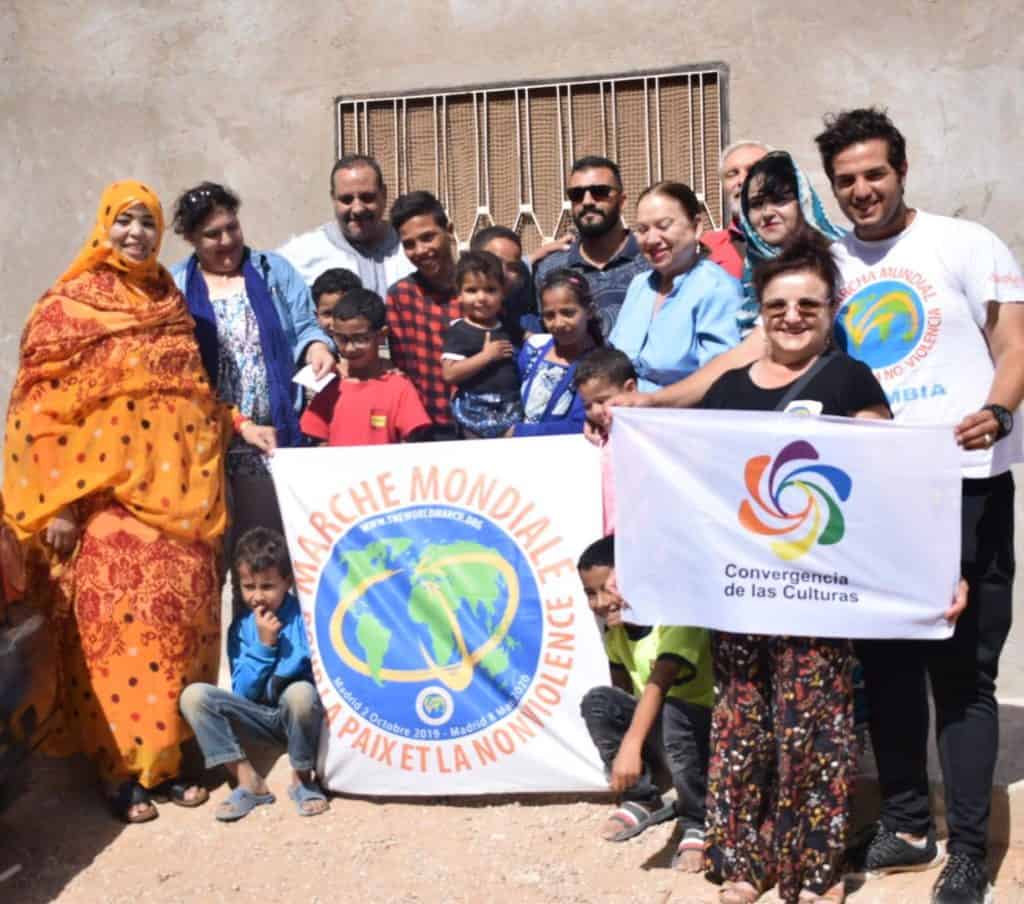 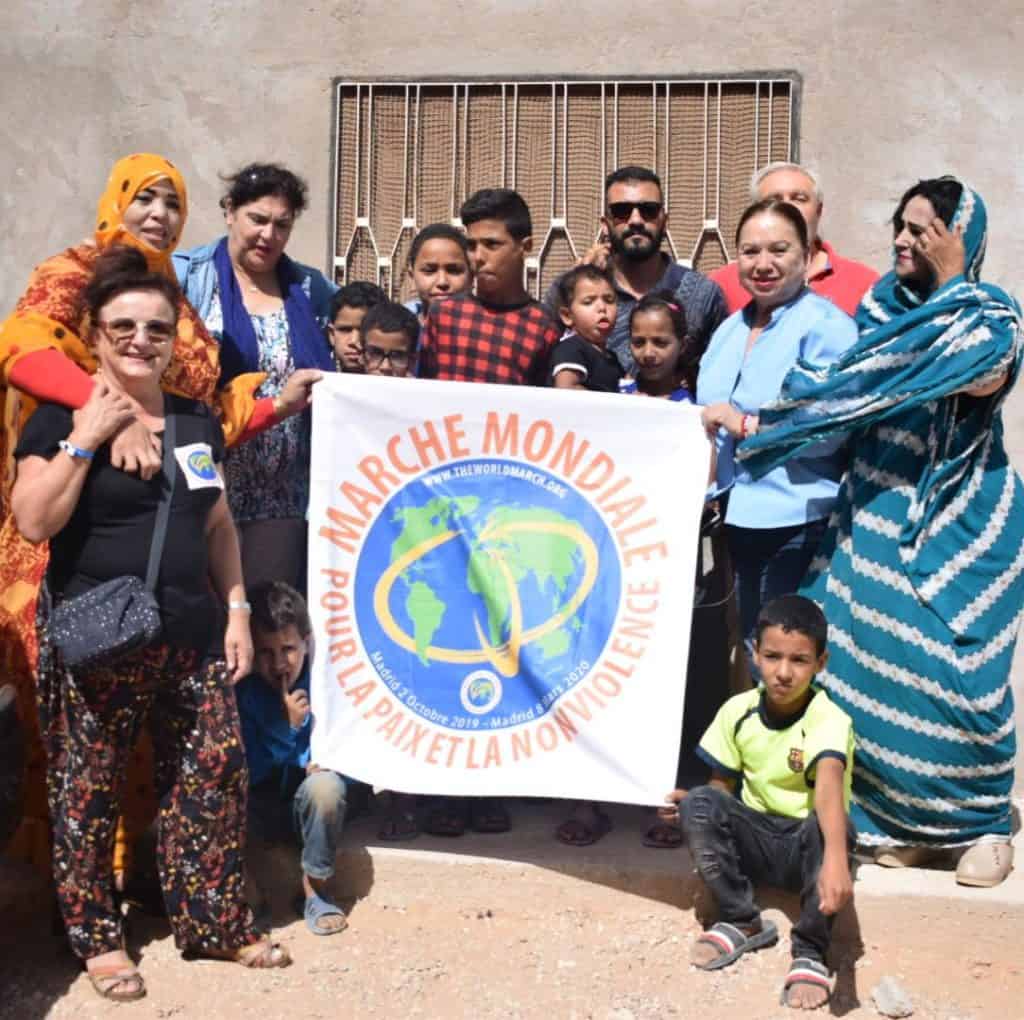 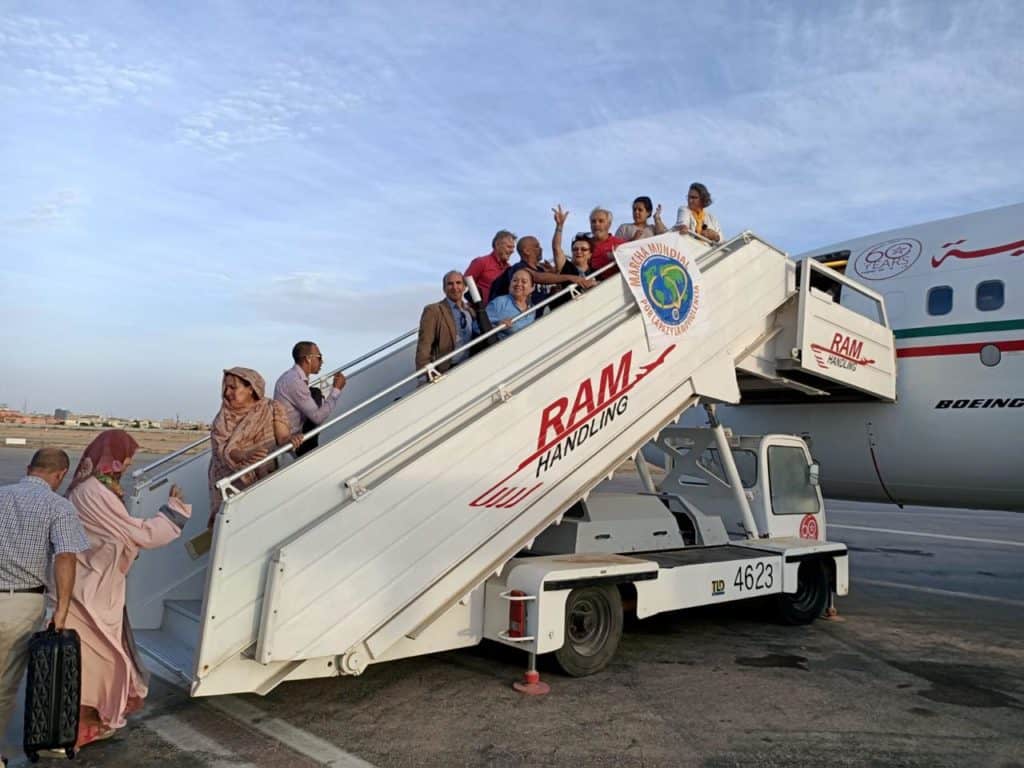