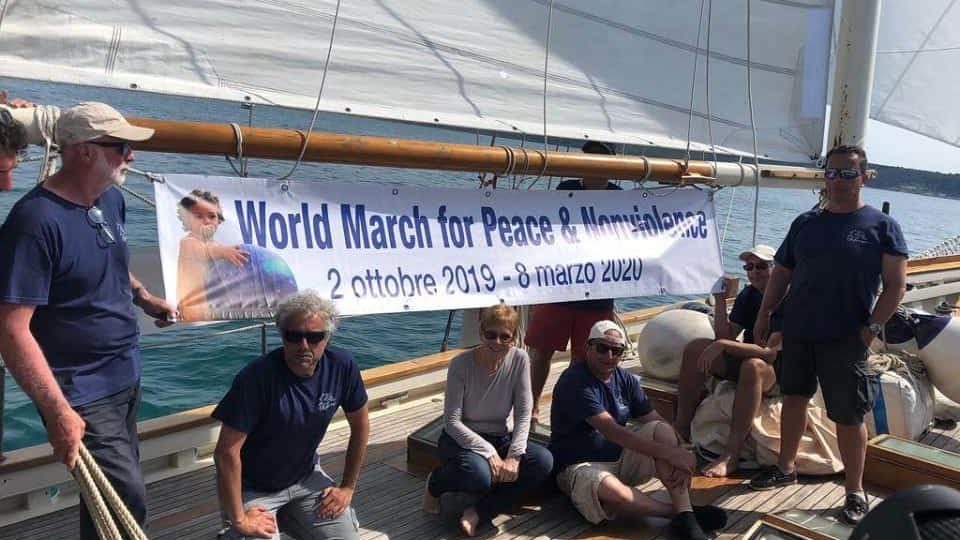 Within the framework of II World March, the Italian Base Team is promoting the campaign “Mediterranean, Sea of ​​Peace".

We can see a new proposal against Nonviolence: Mediterranean, Sea of ​​Peace

We can see Alessandro Capuzzo and Annamaria Mozzi from Trieste, Danilo Dolci from the Peace Committee of Piran, in Slovenia. 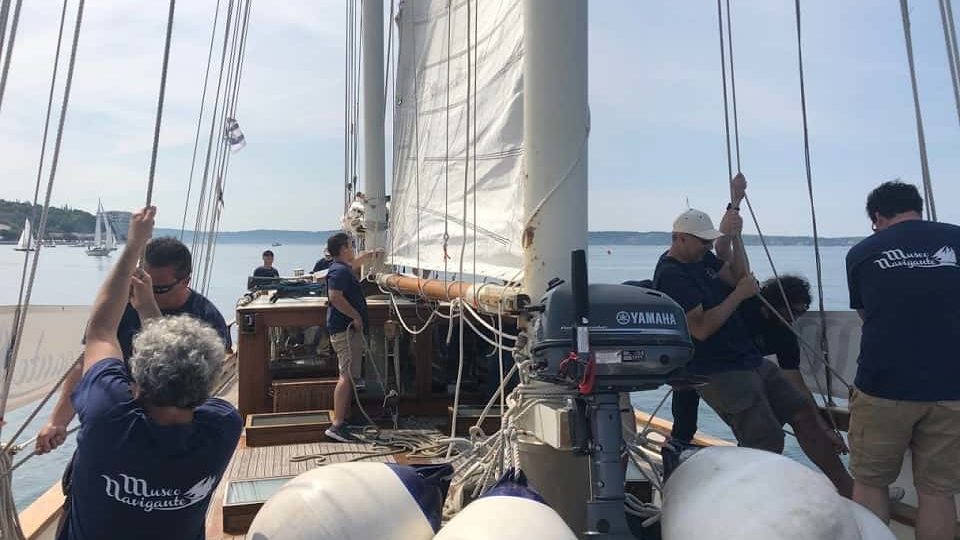 They are in the ship Holofernes next to Zadkovic, mayor of Piran. We also find Franco Juri, director of the Museum of the Sea that is part of the network of museums of the Mediterranean Sea with which we collaborate in this campaign.