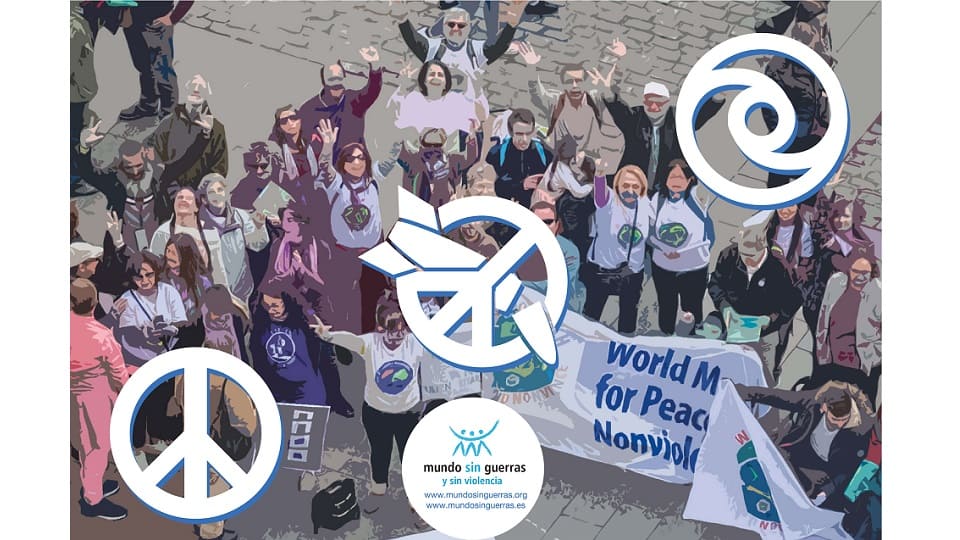 In this campaign “+ Peace + Nonviolence - Nuclear Weapons”It is about taking advantage of the days between the International Day of Peace and the Day of Nonviolence to generate actions, add activists and endorsements.

The idea is to involve not only members of World Without Wars or the World March, but also other organizations.

The duration of the campaign will be from September 18 to October 4. 17 days of activities.

It is proposed that all activities begin or end with 1 minute of silence or a short ceremony by Julio Pineda, an activist from Mundo sin Guerras y sin Violencia from Honduras who was tortured and killed in early September.

Actions carried out at the international level

Internationally promoted activities are used, such as the International Day of Peace to perform different actions:

In-person or digital school actions on Peace and Nonviolence such as:

Folding an origami crane for peace, exhibitions of children's drawings in Ecuador, Japan and in schools in Colombia, Guatemala or others.

100 seconds to midnight. Atomic Clock from the Bulletin of Atomic Scientists

Treaty on the Prohibition of Nuclear Weapons - TPNW: There are currently 84 signatories and 44 states have ratified it. We need 6 more countries to ratify it for this treaty to be legally binding. https://www.icanw.org/signature_and_ratification_status

Cities Support TPNW: A call to the municipalities of Chile and Spain to support TPNW. More than 200 cities in 16 countries support TPNW. https://cities.icanw.org/list_of_cities

September 26, International Day for the Elimination of Nuclear Weapons:

Illustrated brochure: A path to peace and non-violence. Editorial Saure

From the 2nd to the 4th of October the International Film Festival for Peace and Nonviolence.

Documentaries / films will be broadcast every day and each day there will be 2 round tables made by striming on different topics related to the main one.