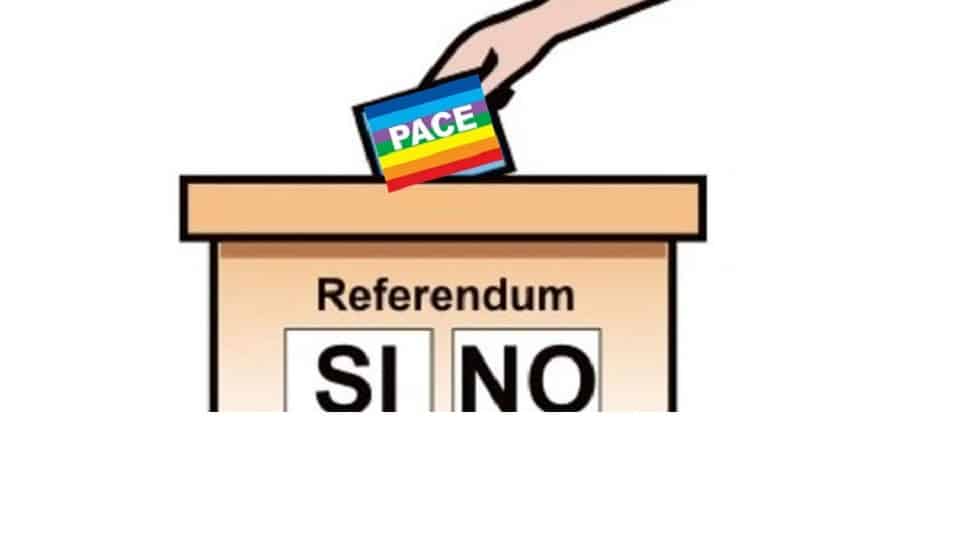 We are in the second month of conflict, a conflict that takes place in Europe but whose interests are international.

A conflict that they announce will last for years.

A conflict that risks becoming the third nuclear world war.

War propaganda tries to justify by all means the armed intervention and the need for European countries to devote large sums of public spending to the acquisition of weapons.

The campaign promoters europeforpeace launch this European survey with the aim of giving a voice to those who are not asked, with the aim of counting us, of understanding how many people in Europe believe in the power of arms and how many believe that the force of nonviolence is the only solution for a common future.

The survey is in four languages ​​and aims to reach millions of votes across Europe to bring the results to the European Parliament and reaffirm that the people are sovereign even when they choose nonviolence, education and health, instead of war and weapons .

We call on all the pacifist and non-violent forces, who believe that Europe can be a champion of peace and not a vassal of war, to join the promoters and spread this referendum together so that it reaches all European citizens, because our voice counts!

We can discover that by telling ourselves we are the greatest force, we are a great European movement that converges to say that Life is the most precious value and that there is nothing above it.

We count on it… you can vote too!

The idea of ​​carrying out this campaign arose in Lisbon, in the European Humanist Forum of November 2006 in the working group of Peace and Nonviolence. Different organizations participated and different opinions converged very clearly on one issue: violence in the world, the return of the nuclear arms race, the danger of a nuclear catastrophe and the need to urgently change the course of events. The words of Gandhi, ML King and Silo resounded in our minds on the importance of having faith in life and on the great force that nonviolence is. We were inspired by these examples. The declaration was officially presented in Prague on February 22, 2007 during a conference organized by the Humanist movement. The declaration is the fruit of the labor of several people and organizations and tries to synthesize common opinions and concentrate on the issue of nuclear weapons. This campaign is open to all, and everyone can give their contribution to develop it.