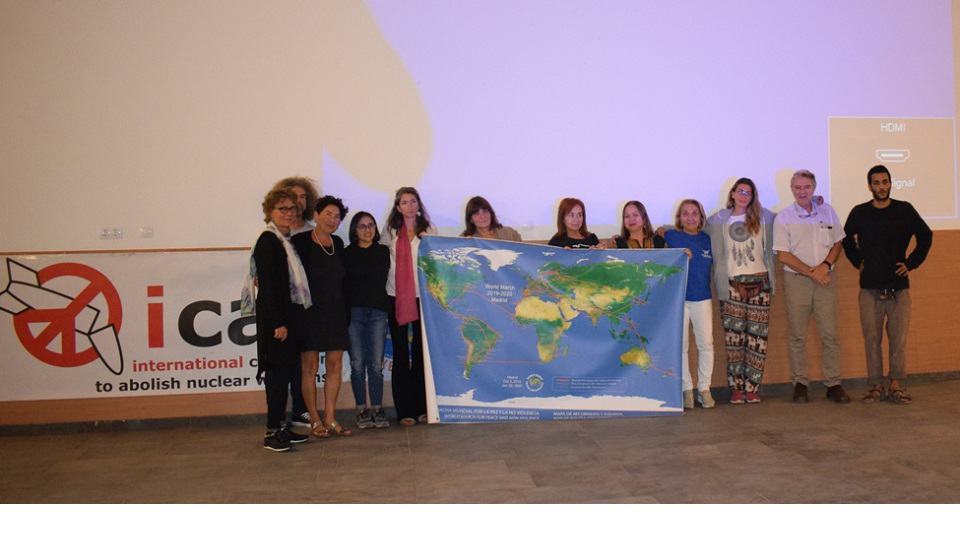 The Base Team of the World March He was received at the airport by Elena Moltó and transferred to the San Francisco Javier Civic Center of Lanzarote where a Gong Bath Meditative Concert was presented, for relaxation and inner peace directed by Magalena Harmonia, a native of Poland based in Lanzarote.

The screening of the documentary "The Beginning of the End of Nuclear Weapons" continued, which aroused the curiosity of the attendees with questions answered by Rafael de la Rubia. 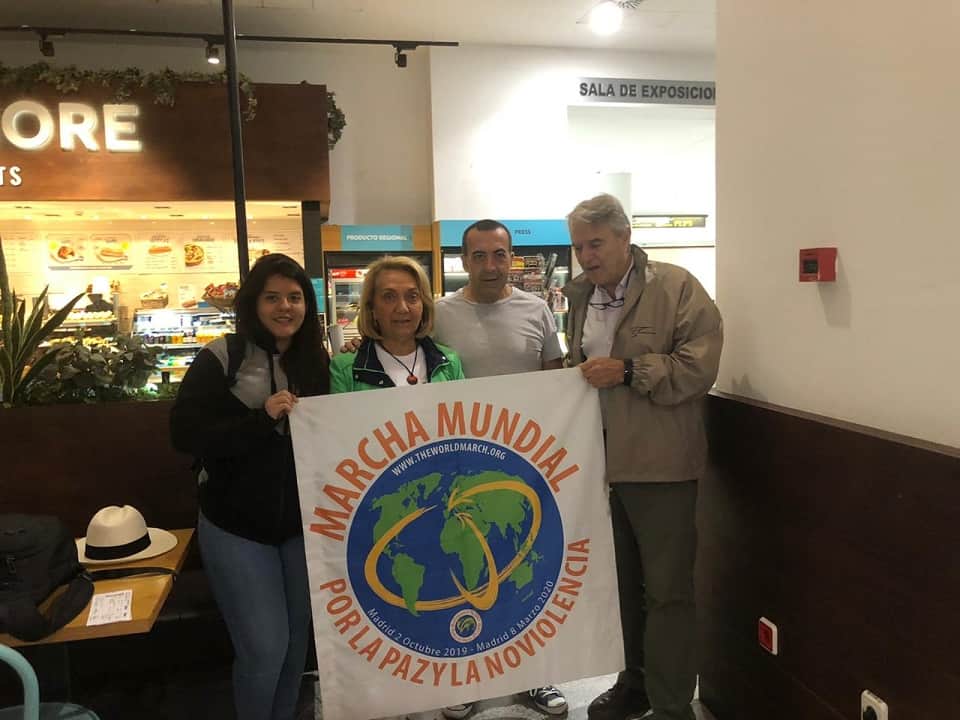 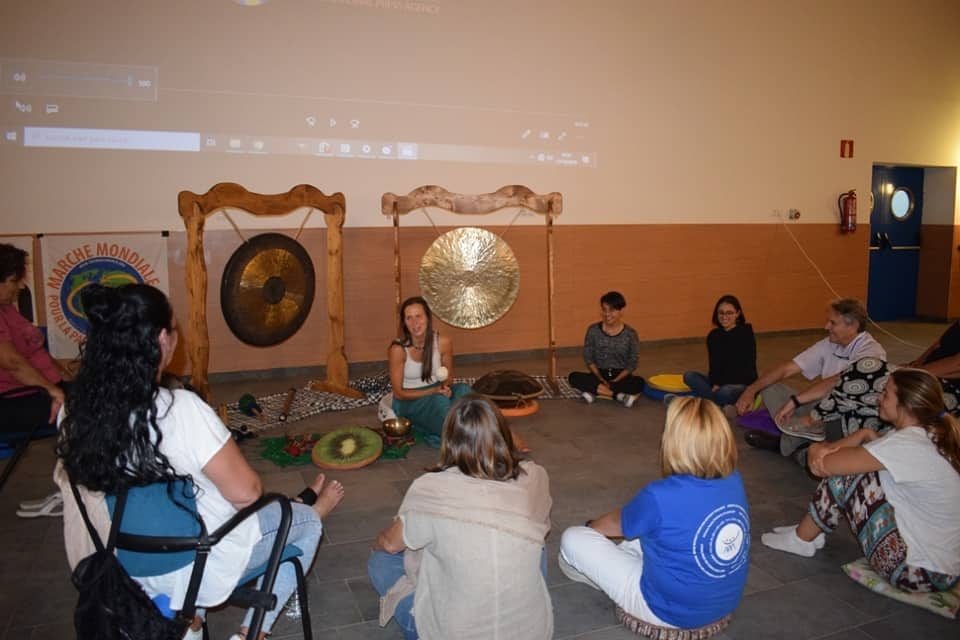 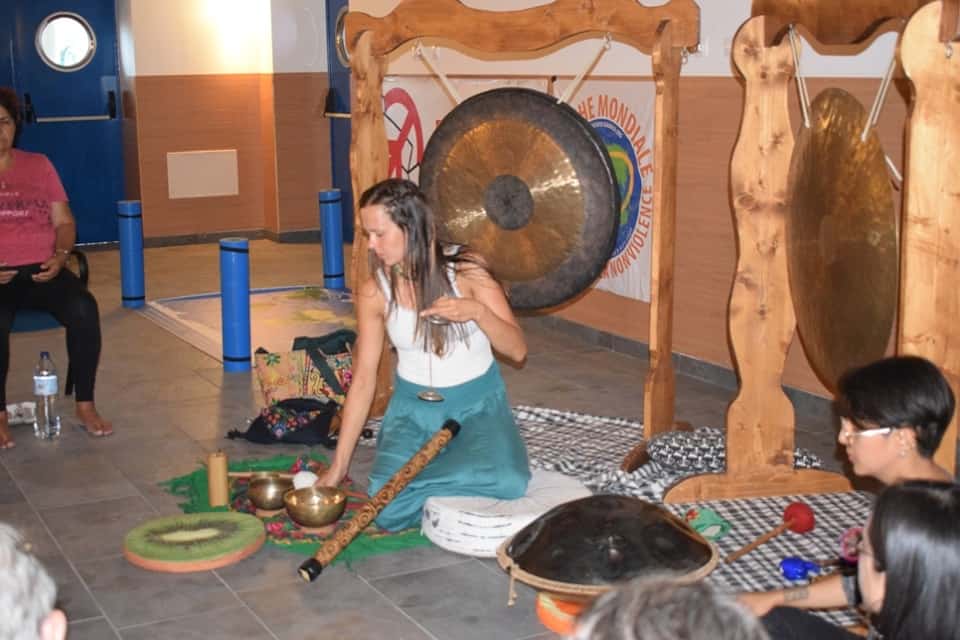 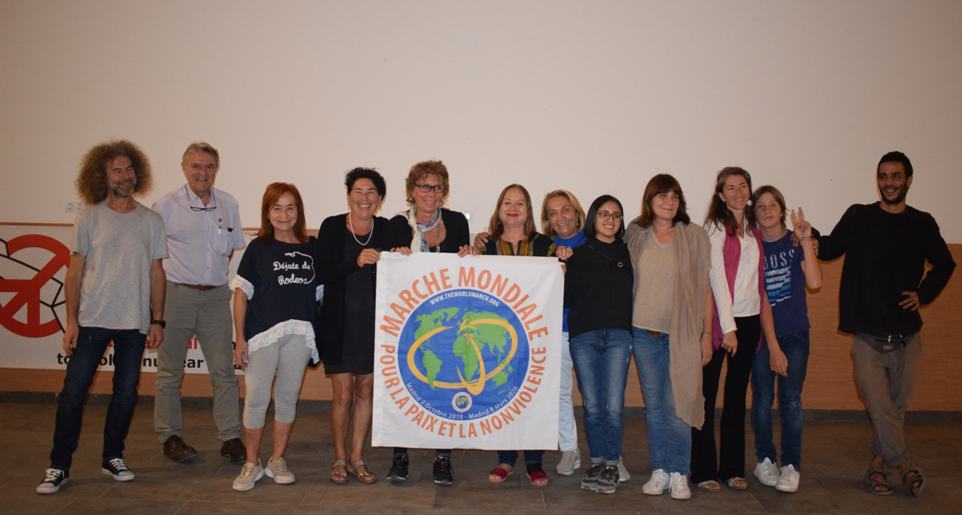 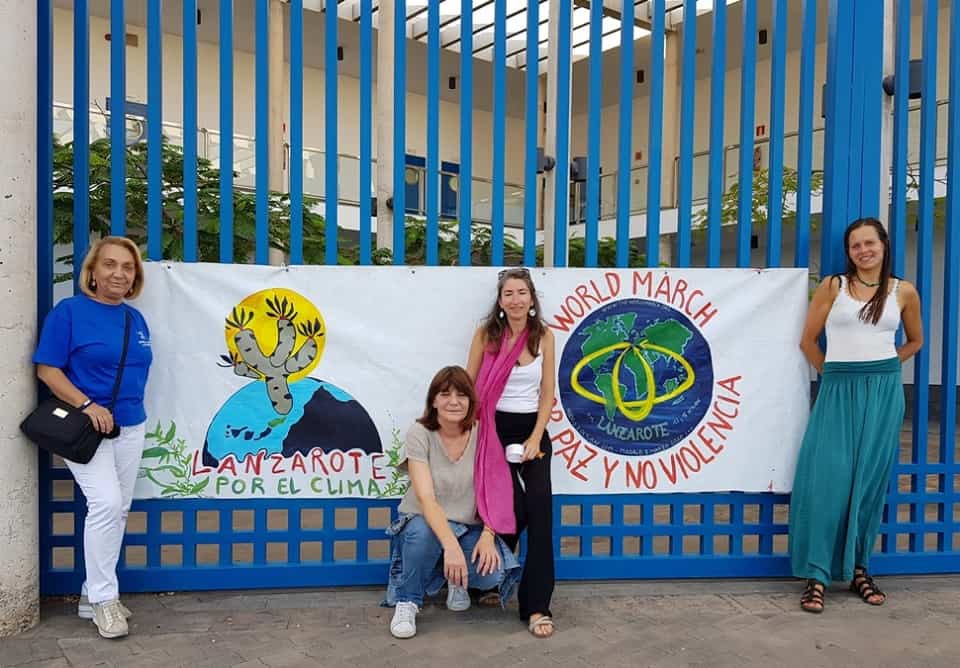 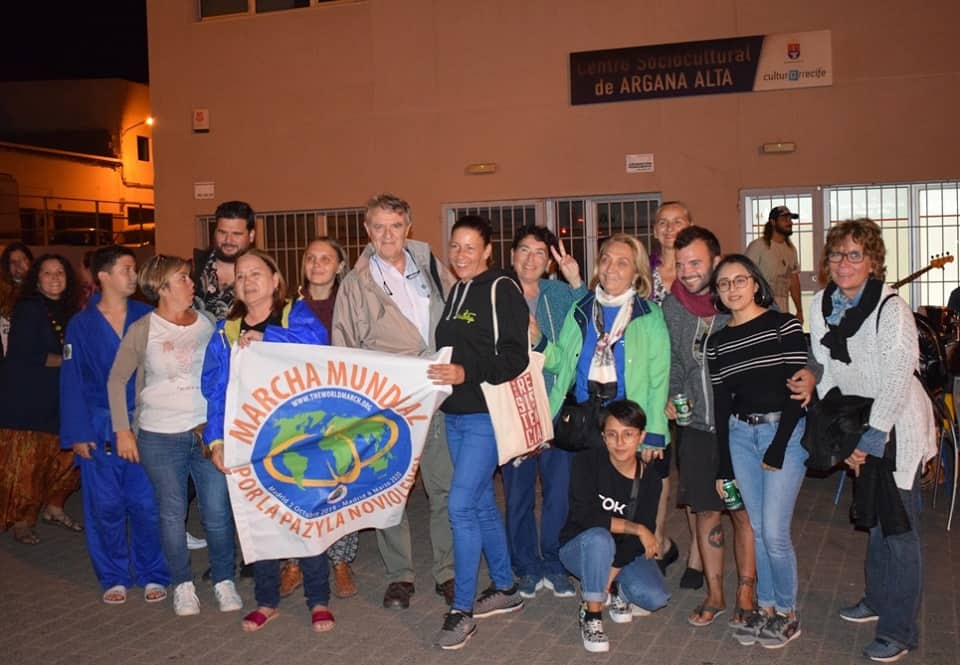 Possibilities were opened to present the motion of support to the TPAN in several municipal corporations of the island.

On Friday 18 exchanges took place with activists from the Mayors for Peace and Soka Gakkai associations, who also welcomed the members of the Base Team at home.

In the afternoon at the Socio-Cultural Center of Argana Alta in Arrecife, a "Music for Peace" space was created, with the participation of the groups Tytheroygatra and Bah de Africa Yeah, among others. 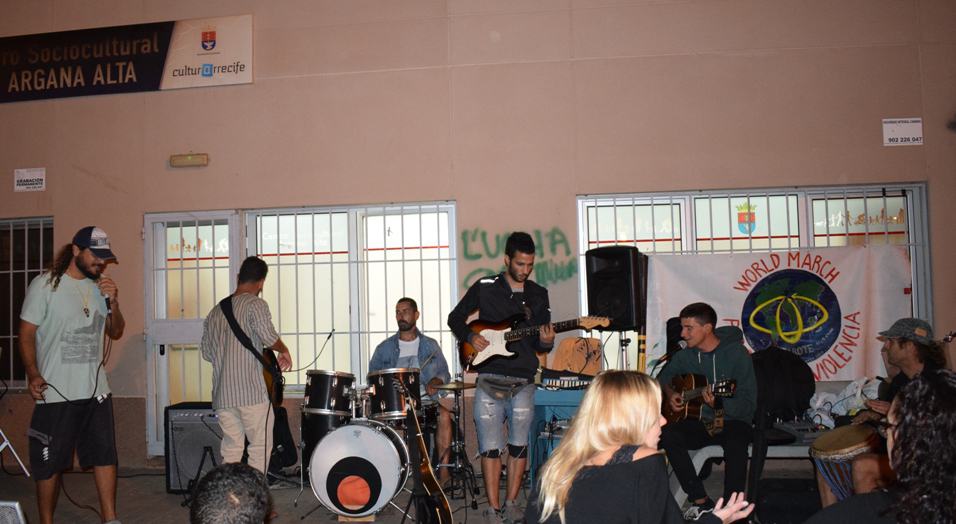 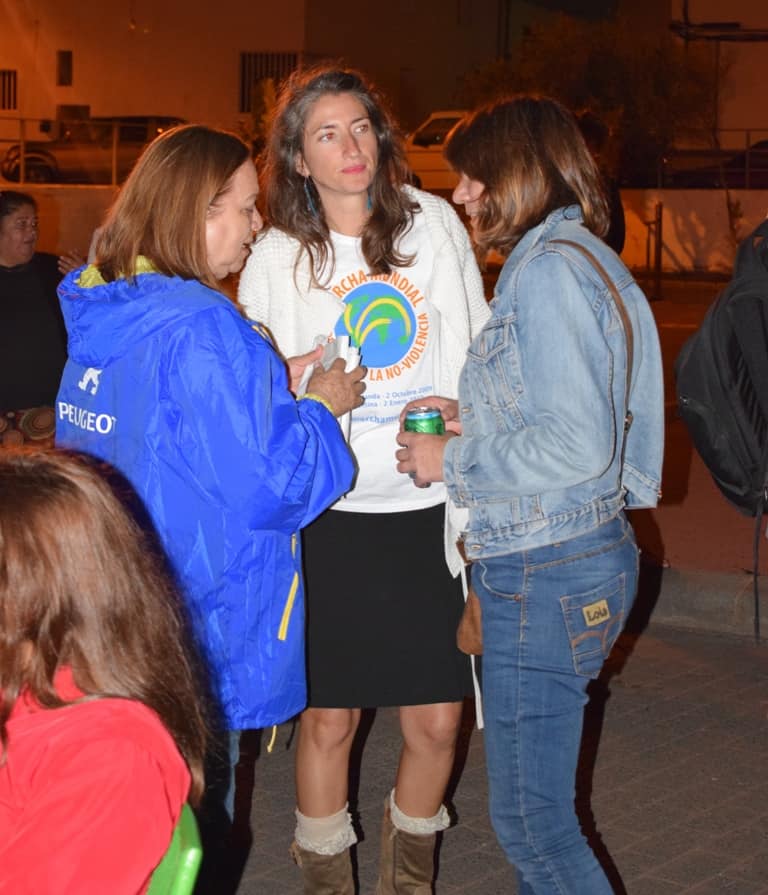 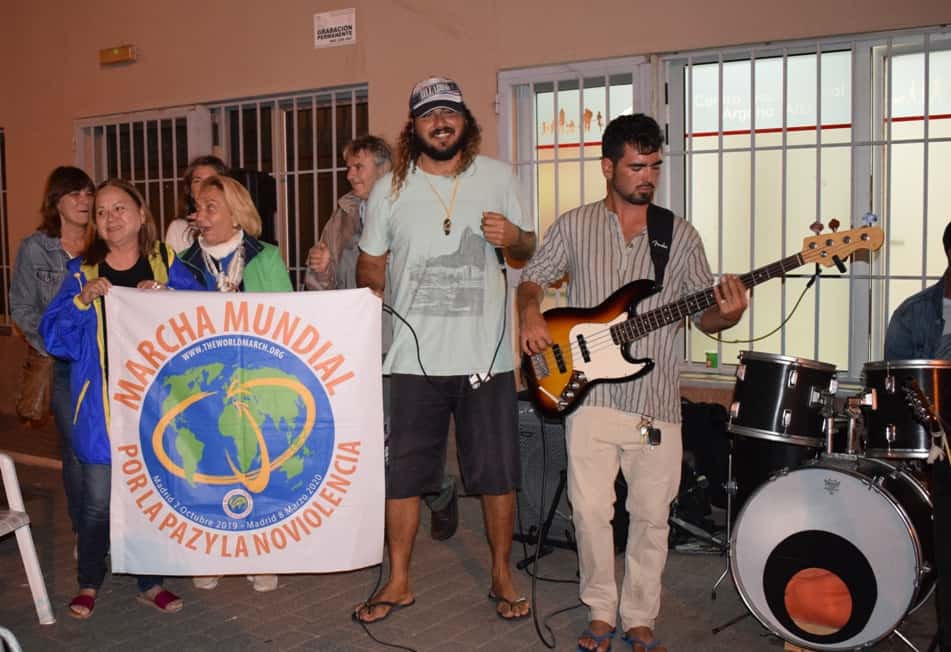 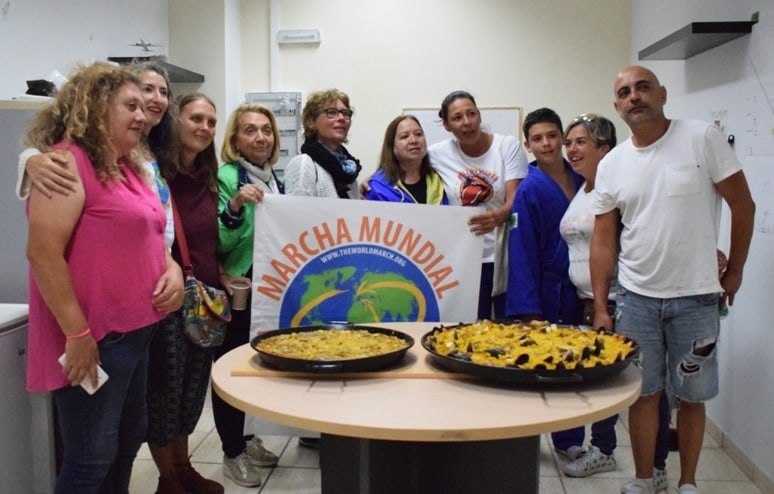 The evening ended with a popular paella for all attendees promoted by the Kellys (Association of Floor Maids).

In the media of the Island, these activities were disseminated as follows: The "World March for Peace and Nonviolence" returns in Lanzarote | LivingLanzarote