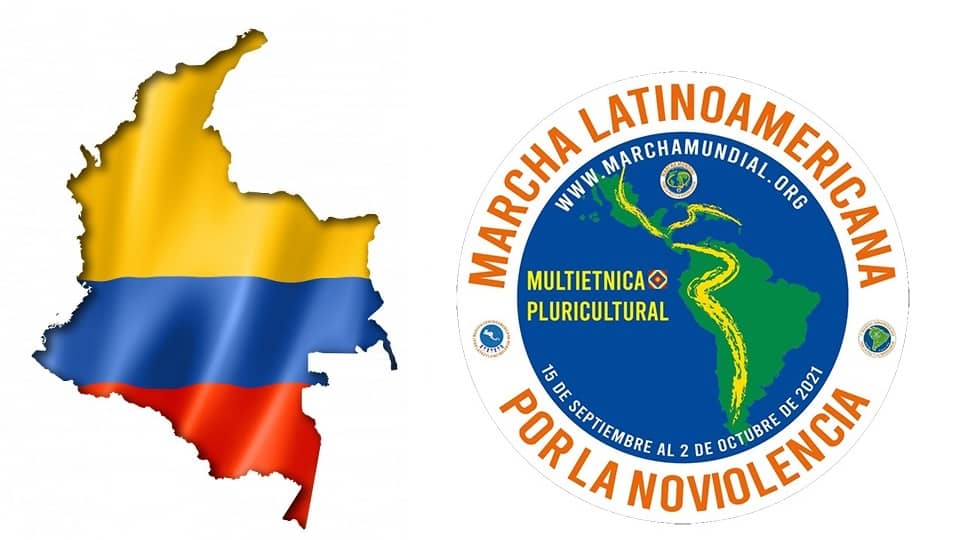 Given the latest events of violence, repression and abuse of power, of which the protesters of the Colombian National Strike, we strongly declare:

Our support for the Colombian people who oppose the tax reform, as well as other neoliberal policies in favor of large companies, which continues to increase inequalities between classes and in turn, reducing those who have the least, the possibility of access to health care and quality education.

We add to our outrage the request that those responsible for any form of police violence used against the protesters, who, in their deserved right of expression, peacefully protest, be investigated and prosecuted.

There is no reason to justify the repression of popular protest, and even less using armed forces trained militarily, such as the investigated ¨Mobile anti-riot squad¨, which has open causes for apparent homicides, disappearances and violations of the civilian population .

We urge international human rights organizations, the Inter-American Court of Human Rights (IACHR), the Organization of American States (OAS) and especially the reactivation of the Community of Latin American and Caribbean States (CELAC), which had declared since 2014 to the region, as a zone of peace, so that they intervene their good offices and intercede with the Colombian government, understanding that the peace they promote is not only peace among their member states, but must also exist on their part the commitment to promote within each country the human right to peace, the right to protest, freedom of expression and the reduction of the militarization of the police, in order to increase social well-being, quality of life and social justice.

To stop the impunity that is maintained in the face of the multiple murders of social leaders, giving the task of managing the investigation and due judicial process to those responsible and to refrain from decreeing the state of internal commotion, which is not justified since The channels of dialogue have not been exhausted, and with which further violations of human rights would be generated, since this resource could be used to legalize authoritarian pro-war actions by the government, such as restricting access to telecommunications, limiting the free circulation of both information and people and arbitrarily imposing authorities and tax contributions.

We unite with the Colombian people who demand social justice and equal opportunities and rights for everyone with freedom of expression without repression and we ask that they do not fall into provocation or allow themselves to be incited, maintaining a tactic of protest nonviolent, recalling the words of Gandhi "Nonviolence is the greatest force at the disposal of humanity." Likewise, we appeal to the hearts of the military so that before obeying an order, they remember that it is their brother who is attacked.

Those in power may have at their disposal the means of communication, military apparatus and economic power, but they will never have our consciences, our faith in a better future, our fighting spirit and our unity as a Latin American people.

7 comments on "Letter in Solidarity with the Colombian people"