Home » Press Notes » It will start and end in Costa Rica 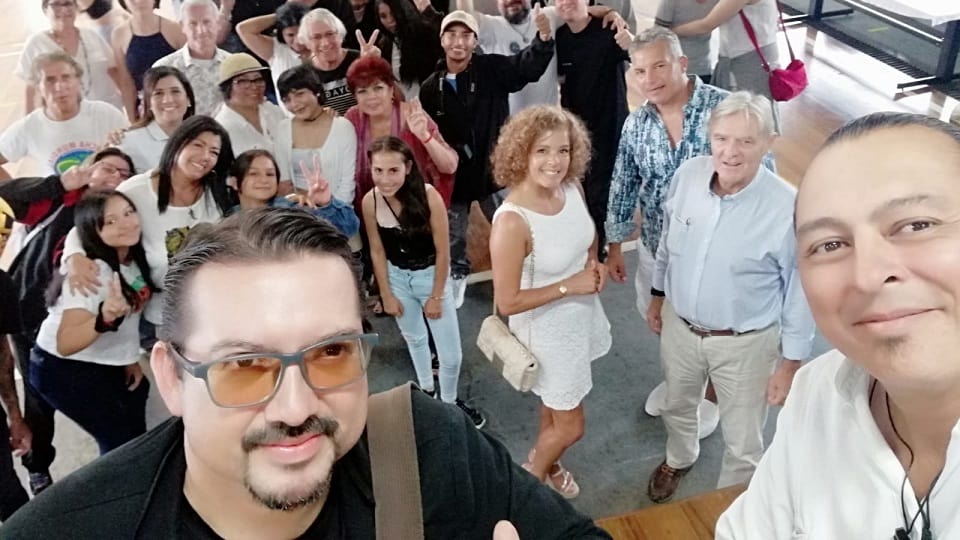 As we had stated in Madrid, at the end of the 2nd MM, that today 2/10/2022 we would announce the place for the start/end of the 3rd MM. Several countries such as Nepal, Canada and Costa Rica had informally expressed their interest.

Finally it will be Costa Rica as it confirmed its application. I reproduce part of the statement that MSGySV from Costa Rica sent: “We propose that the 3rd World March leave the Central American Region, which will begin its journey on October 2, 2024 from Costa Rica to Nicaragua, Honduras, El Salvador and Guatemala to New York. in the U.S. The next world tour will be defined taking into account the experience of the two previous World Marches... The provision is added that, after passing through Argentina and traveling through South America until reaching Panama, receiving in Costa Rica the end of the 3rd MM”.

To the above we add that, in recent conversations with the rector of the University for Peace, with Mr. Francisco Rojas Aravena, we have agreed that the 3rd MM will begin at the Campus of the United Nations University for Peace on the 2nd/ 10/2024. Then we will make a walk to San José de Costa Rica ending in the Plaza de la Democracia y de la Abolición del Ejército where a reception and an act will be held with the attendees where we invite everyone who arrives to participate, hopefully also from other parts. of the world.

Another aspect of interest is that in a recent meeting with the Vice Minister of Peace of Costa Rica, he asked us to send a letter to the President, Mr. Rodrigo Chaves Robles, where we explained the 3rd World War, the possible holding of the Nobel Peace Prize Summit in Costa Rica. and the Latin American Mega Marathon project of more than 11 thousand km of route. These are issues to be confirmed as the new variant for the Nobel Peace Summit through the presidency of CSUCA, which brings together all the public universities of Central America.

In short, once the departure/arrival to be held in Costa Rica has been defined, we are working on how to give greater content and body to this 3rd World March for Peace and Nonviolence.

What are we doing this march for?

Firstly, to find a way out of the dangerous world situation where there is talk of using nuclear weapons. We will continue to support the UN Treaty for the Prohibition of Nuclear Weapons (TPNW), which has already been ratified by 68 countries and signed by 91. To curb spending on weapons. To derive resources to populations with lack of water and famine. To create awareness that only with "peace" and "nonviolence" will the future open up. To make visible the positive actions that individuals and groups carry out applying human rights, non-discrimination, collaboration, peaceful coexistence and non-aggression. To open the future to the new generations by installing the culture of nonviolence.

Second, to raise awareness about peace and nonviolence. The most important thing, in addition to all those tangibles mentioned, are the intangibles. It is somewhat more diffuse but very important.

The first thing we set out to do in the 1st MM was to get the term Peace and the term Nonviolence to stick together. Today we believe that some progress has been made on this issue. Create awareness. Create Awareness about Peace. Create Awareness about Nonviolence. Then it will not be enough for the MM to be successful. Of course we want it to have the greatest support and to achieve maximum participation, in number of people and in wide dissemination. But that won't be enough. We also need to raise awareness about peace and nonviolence. So we are looking to broaden that sensitivity, that concern about what is happening with violence in different fields. We want violence to be detected in general: in addition to the physical, also in economic, racial, religious or gender violence. Values ​​have to do with intangibles, some call it spiritual issues, no matter what name is given. We want to raise awareness as young people are raising awareness about the need to take care of nature.

What if we value exemplary actions?

Complicating the world situation can bring many problems, but it can also open up many possibilities for progress. This historical stage may be the opportunity to aim for broader phenomena. We believe that it is time for exemplary actions because meaningful actions are contagious. It has to do with being consistent and doing what you think, coinciding with what you feel and, moreover, doing it. We want to focus on actions that give coherence. Exemplary actions take root in people. They can then be scaled. In social consciousness the number matters, both for positive and negative things. The data is located differently if it is something that one person does, if it is done by hundreds or millions. Hopefully exemplary actions infect many people.

In any case, we believe that the time has come for all of us to do at least one exemplary action.

I think it is appropriate to remember what Gandhi said "I am not worried about the action of the violent, who are very few, but the inaction of the peaceful ones who are the great majority". If we get that great majority to begin to manifest, we can reverse the situation...

Now we pass the baton to the protagonists of Costa Rica, Geovanni and other friends who have come from other places and those who are connected by virtual means also from other continents.

Congratulations and thank you very much.