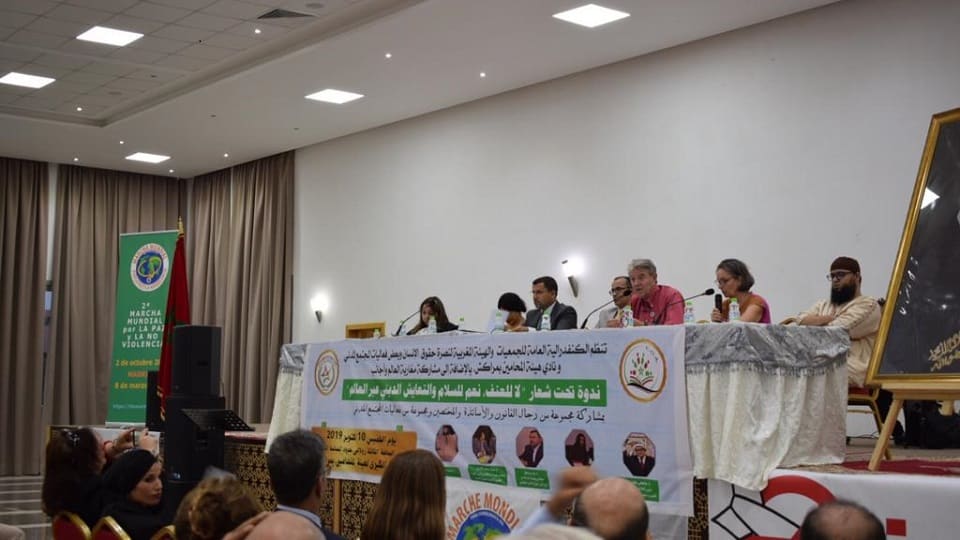 At 7: 30 of that day 10 of October, the MM delegation left Larache for Marrakech, arriving directly at the Headquarters of
Law School.

There a great event called the Forum of the Nonviolence and Convergence of Cultures had been prepared, in which representatives of different religions, ethnicities and cultures, invited by the Marrakech Federal Association.

Highlight the convergence attempts of the three cultures

They began by stating that they work with a common denominator: highlight the convergence attempts of the three cultures throughout history.

The intervention of the imam deserves special mention, with some quotations from the Koran that reinforced that direction.

The president of the Jewish Association of Marrakech sent an audio supporting the event and the performance of the organizers.

The speeches of the representatives were extensive and they exposed the feeling of the different religions. 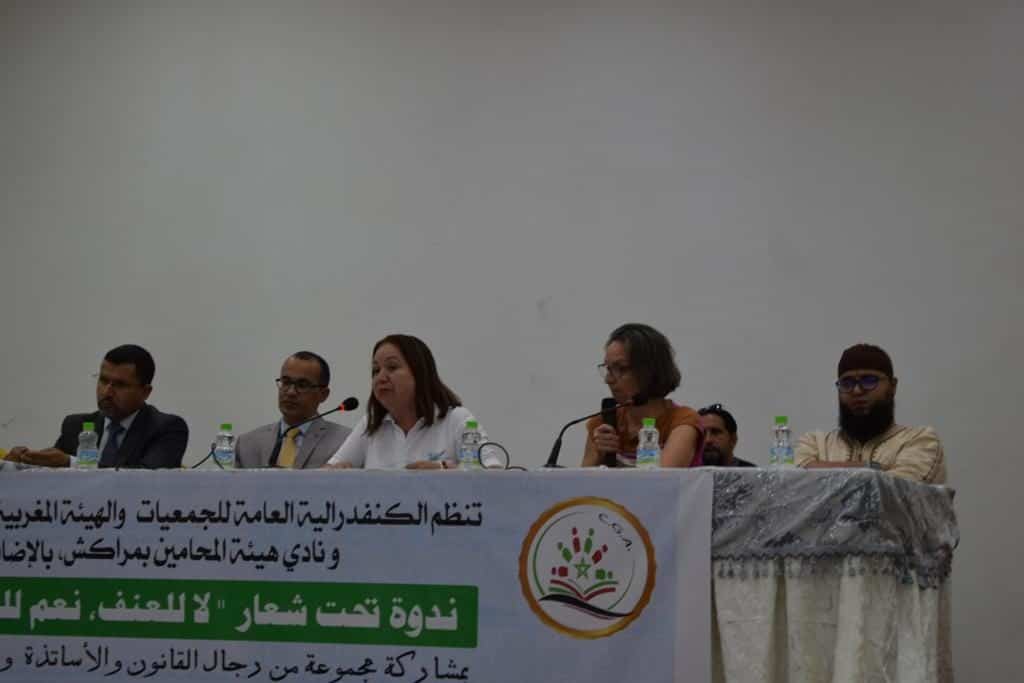 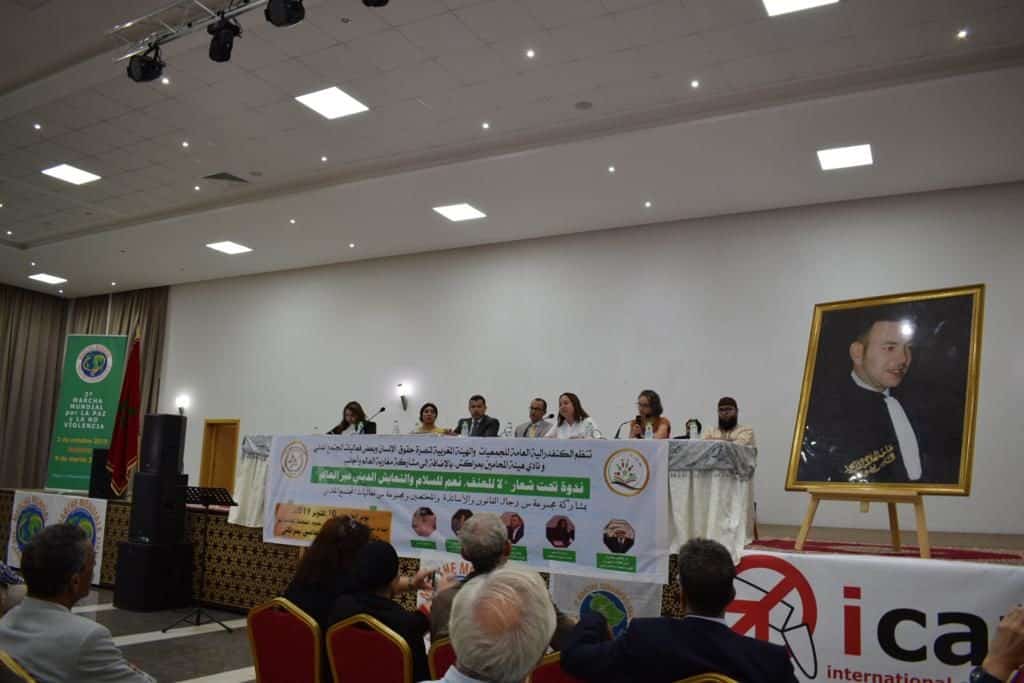 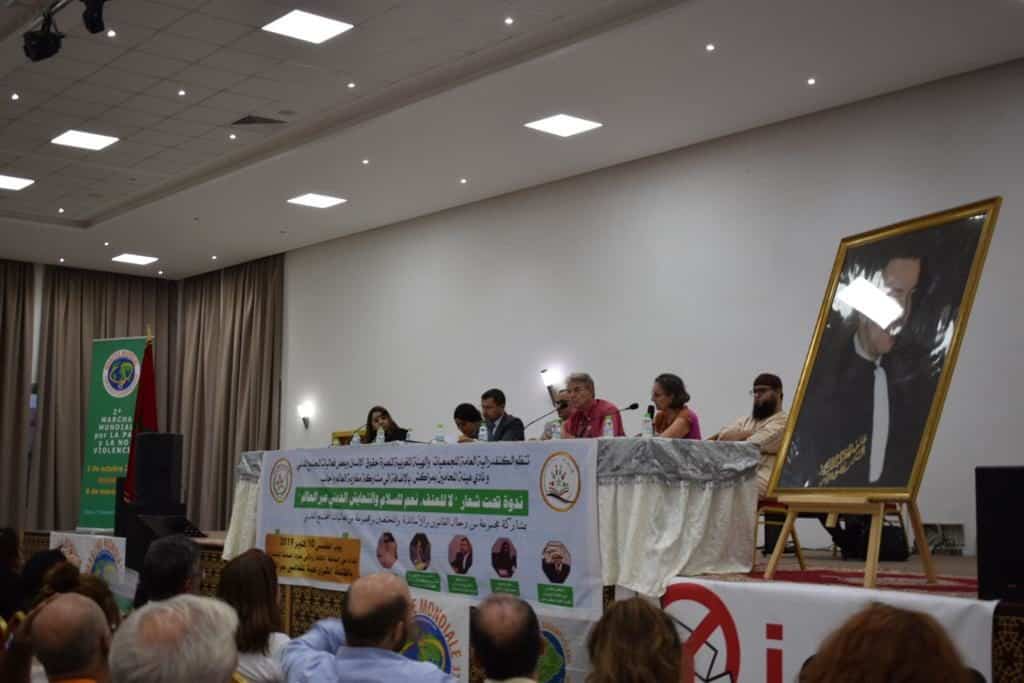 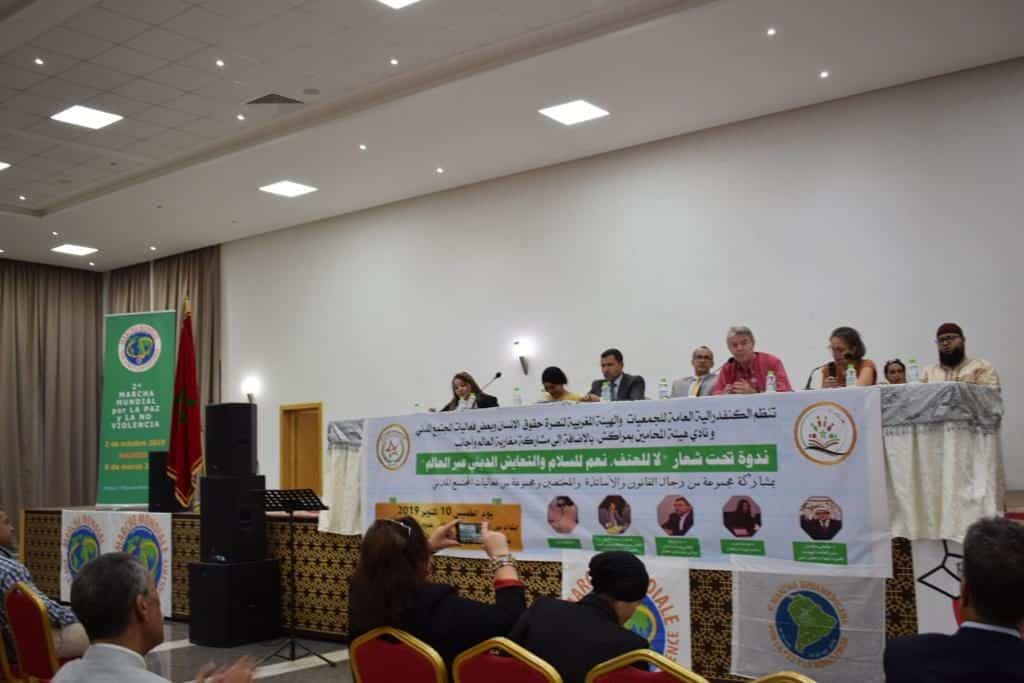 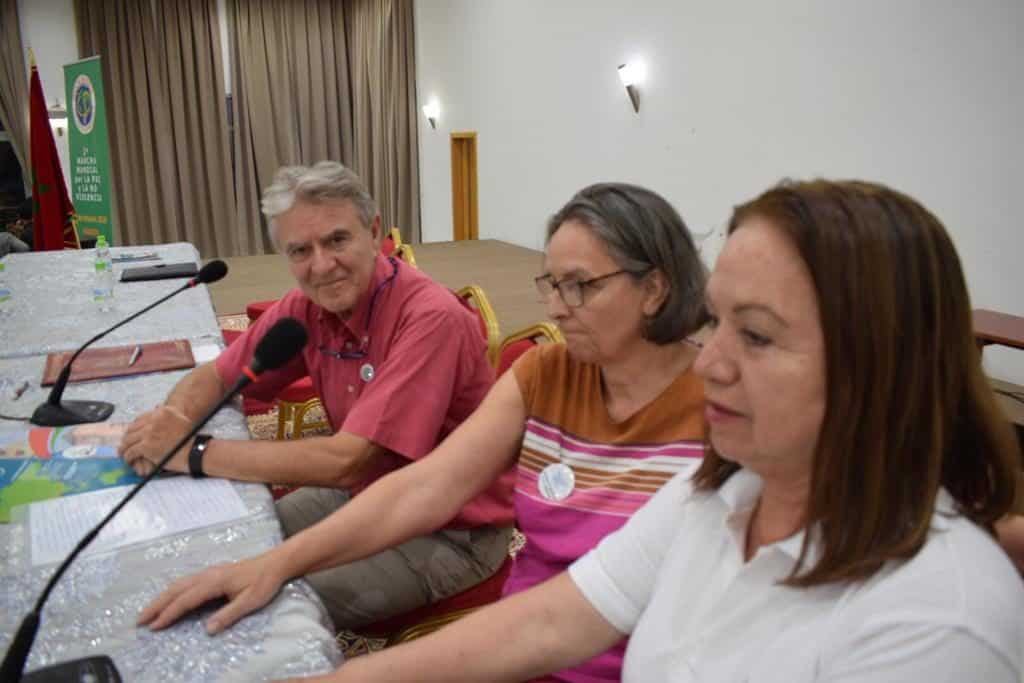 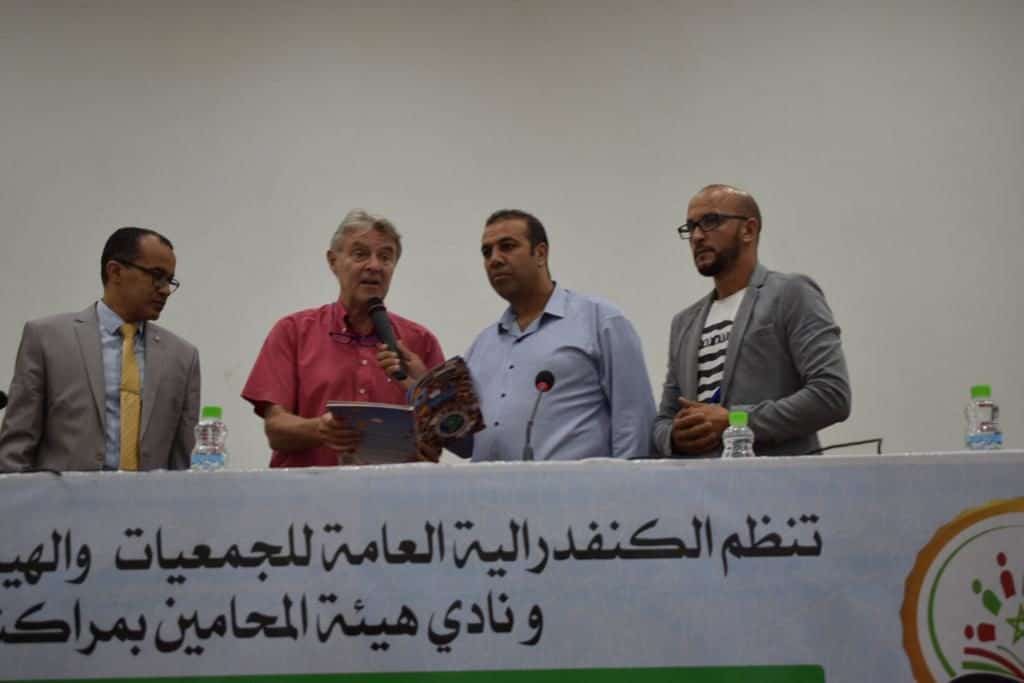 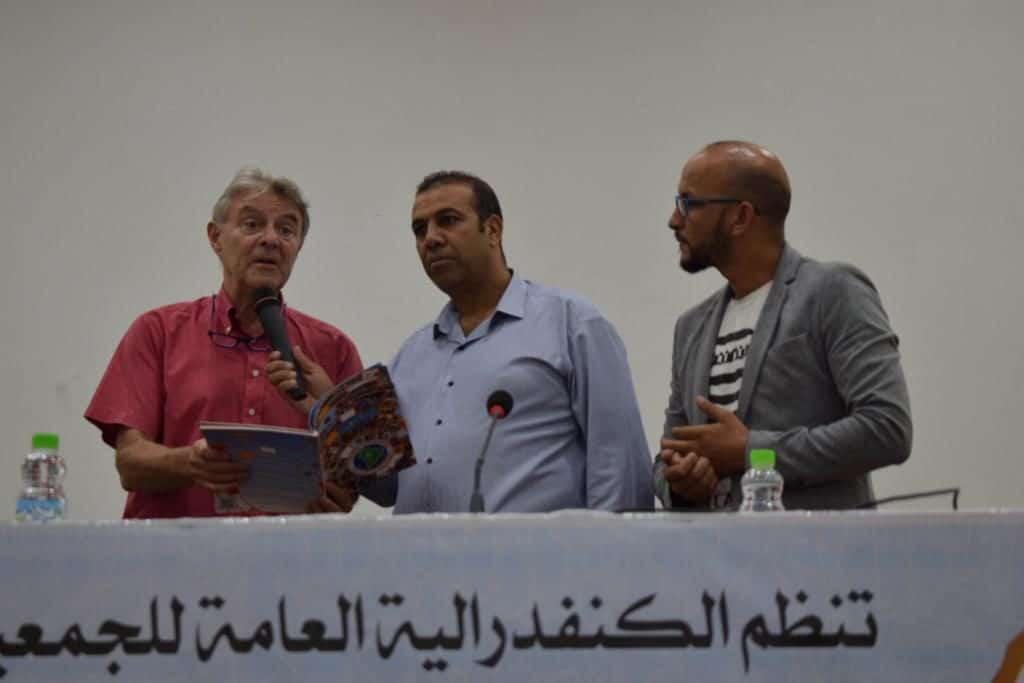 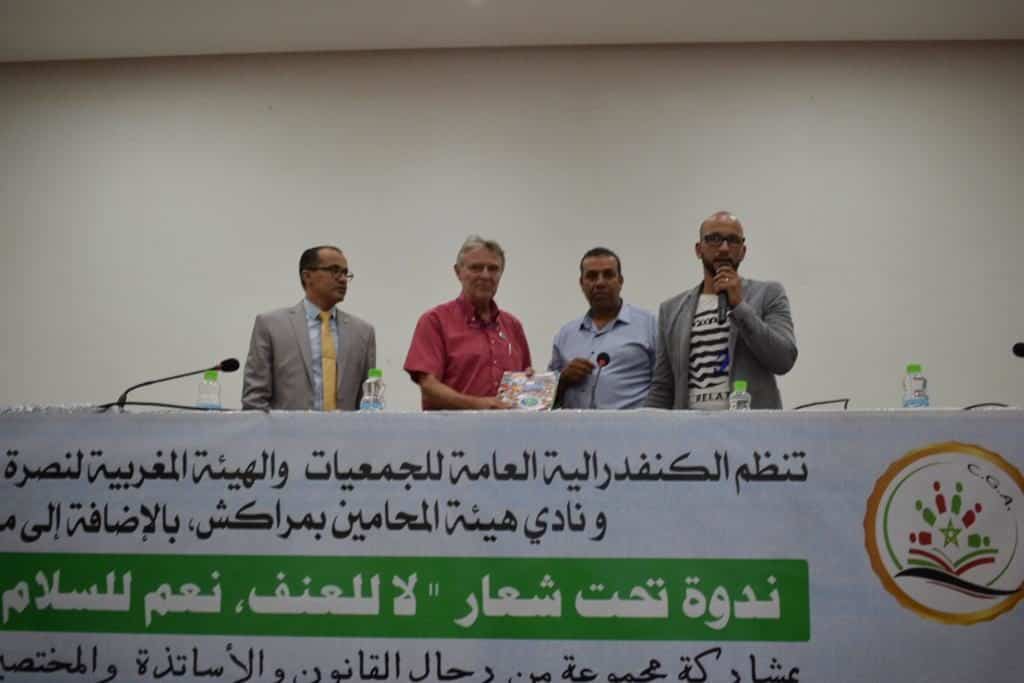 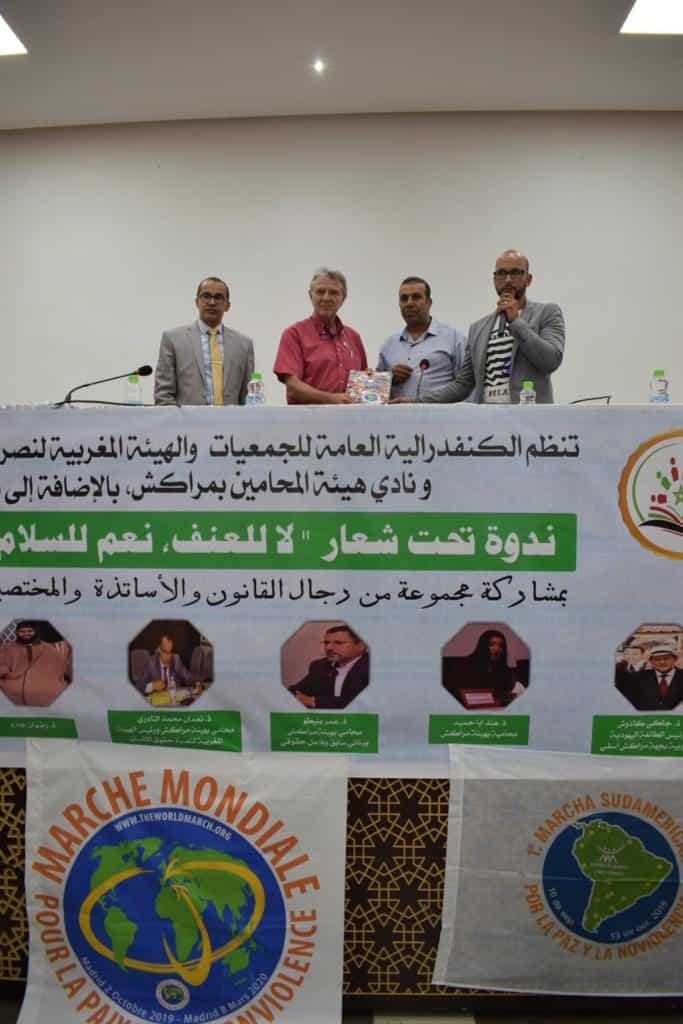 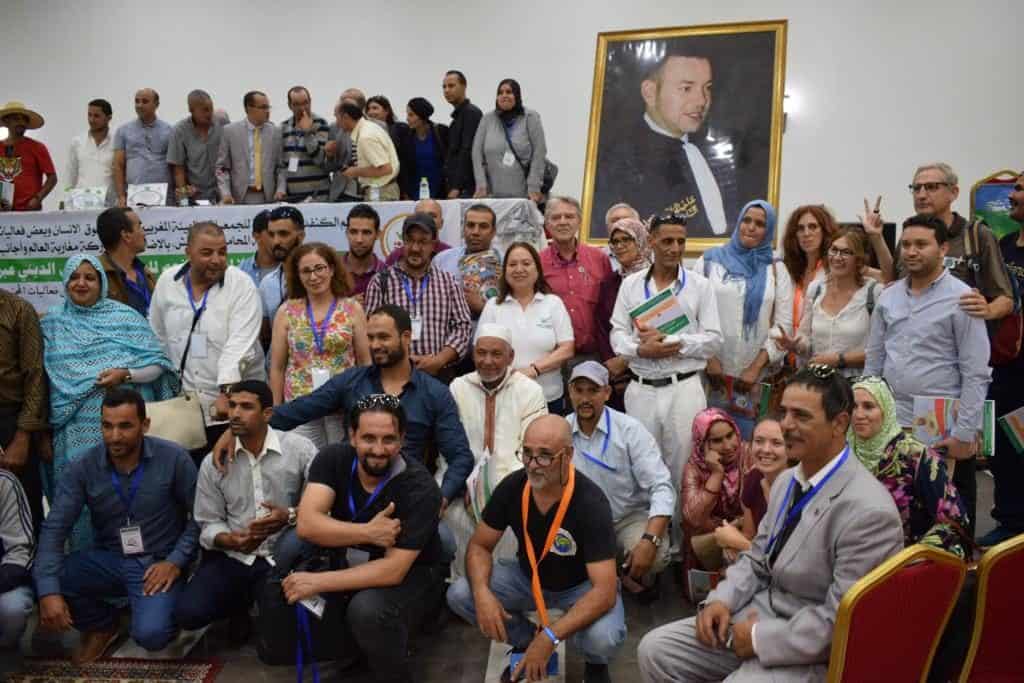 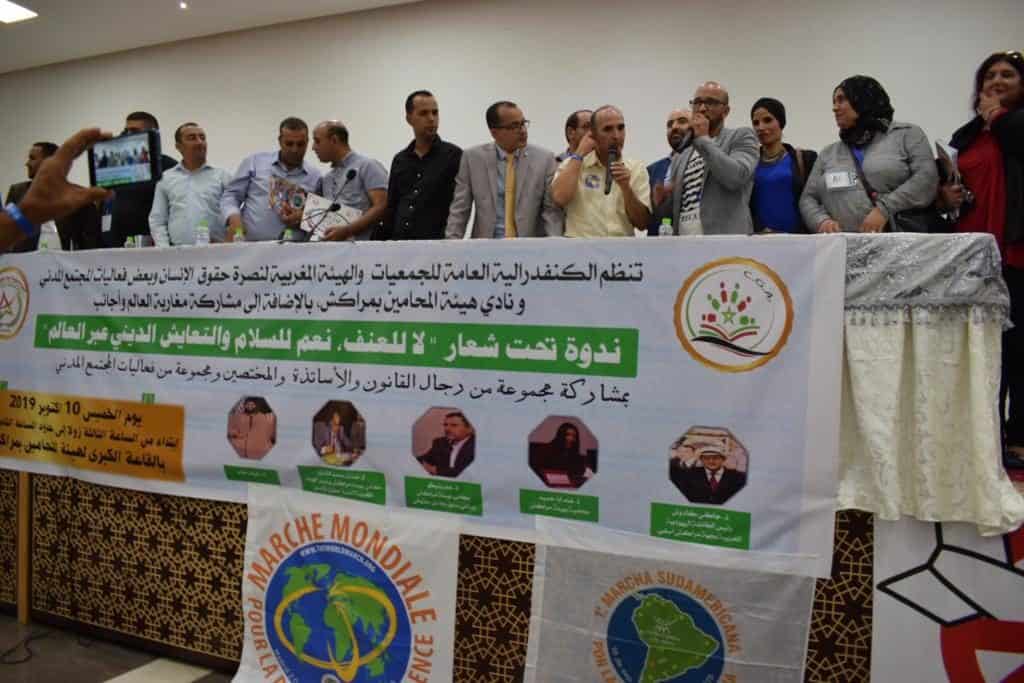 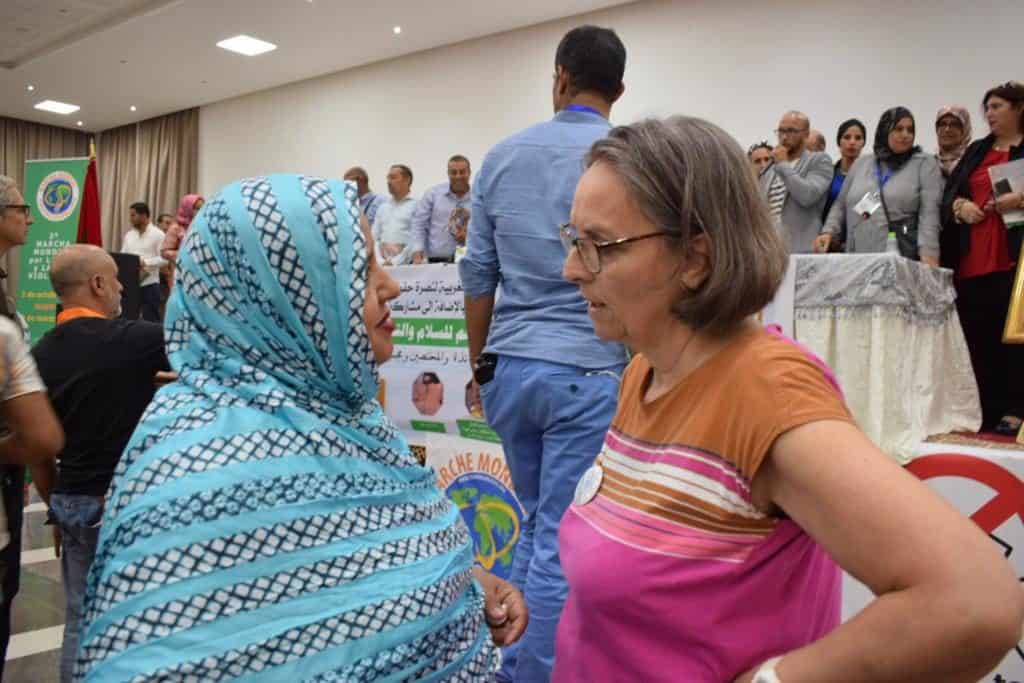 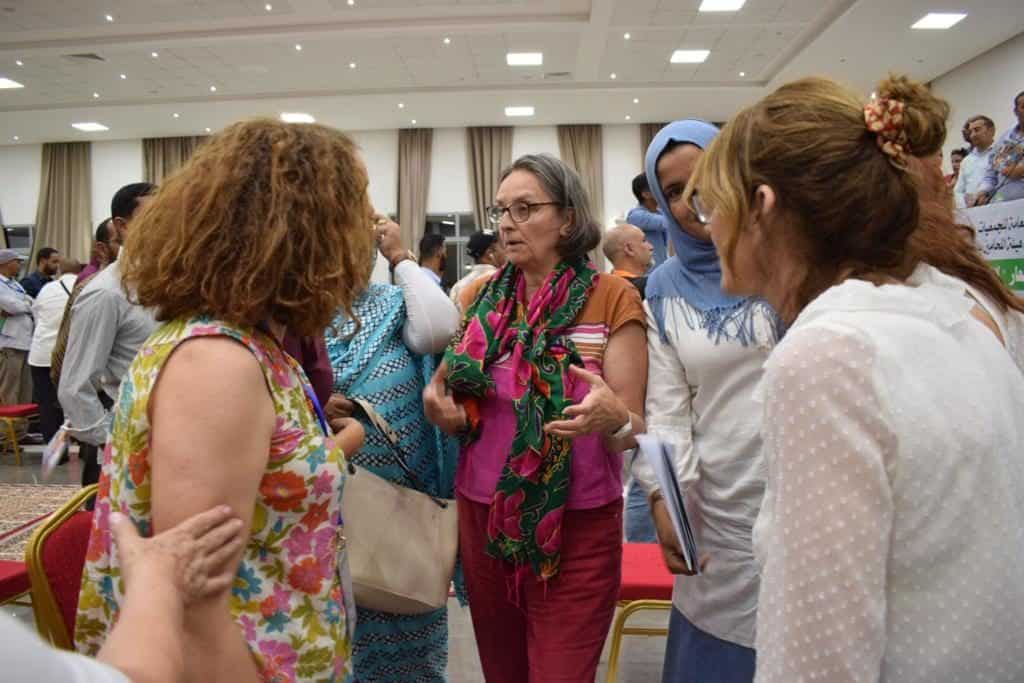 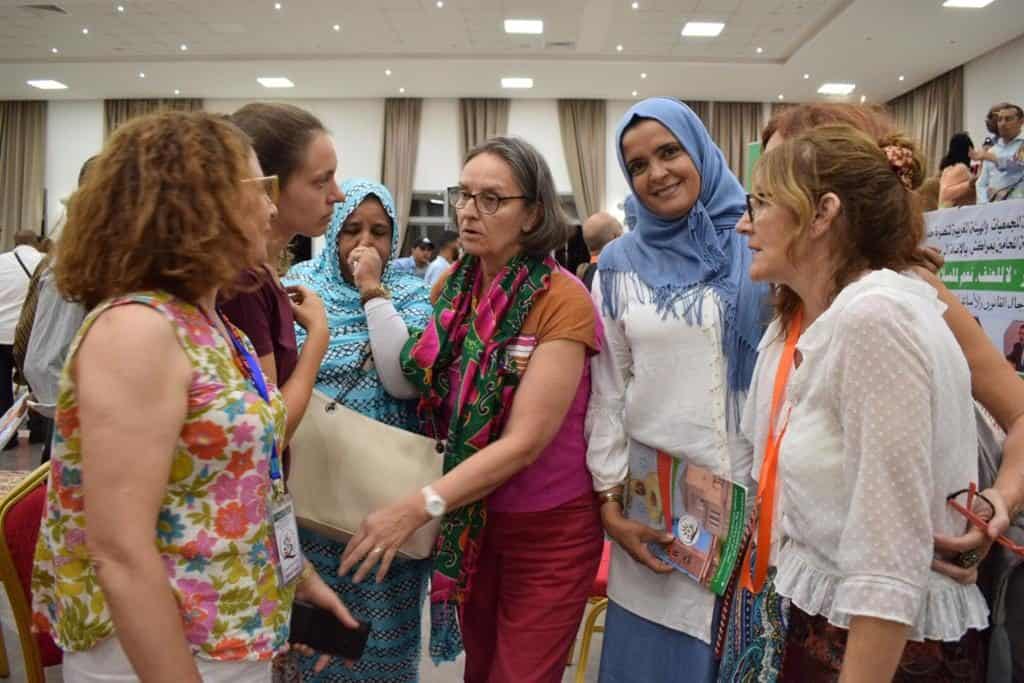 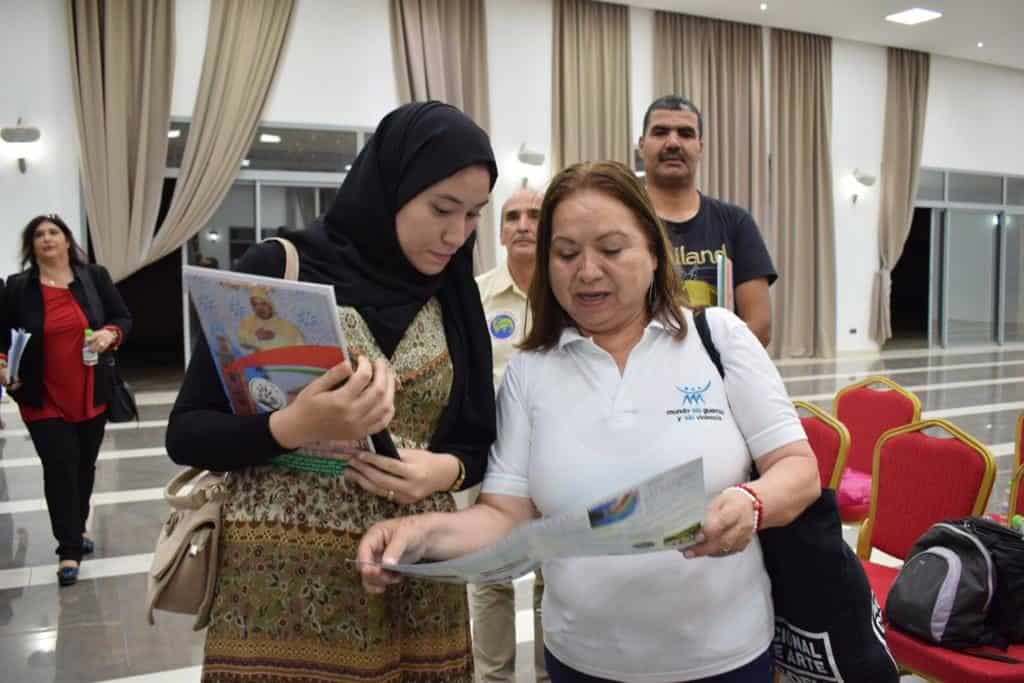 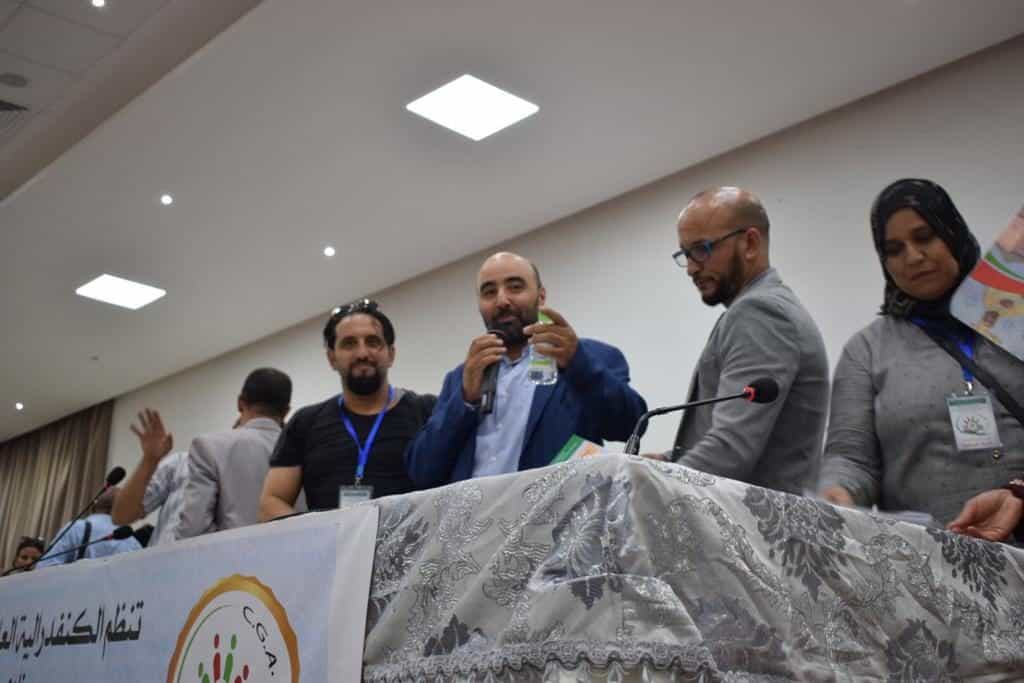 Some of the participants were:

Rafael de la Rubia closed the act with the words ...

After making delivery by Sonia Venegas of the book of the South American March to the President of the Bar Association, Rafael de la Rubia closed the act, with these words:

«They have told us a story of differences by skin color, language, religion and customs such as clothing, adding a climate of suspicion, distrust, intolerance, reaching fear of the different.

In the 1ª MM we discovered that all this was false, that behind the differences were common people who wanted to live in peace, with dignity for themselves and their loved ones. 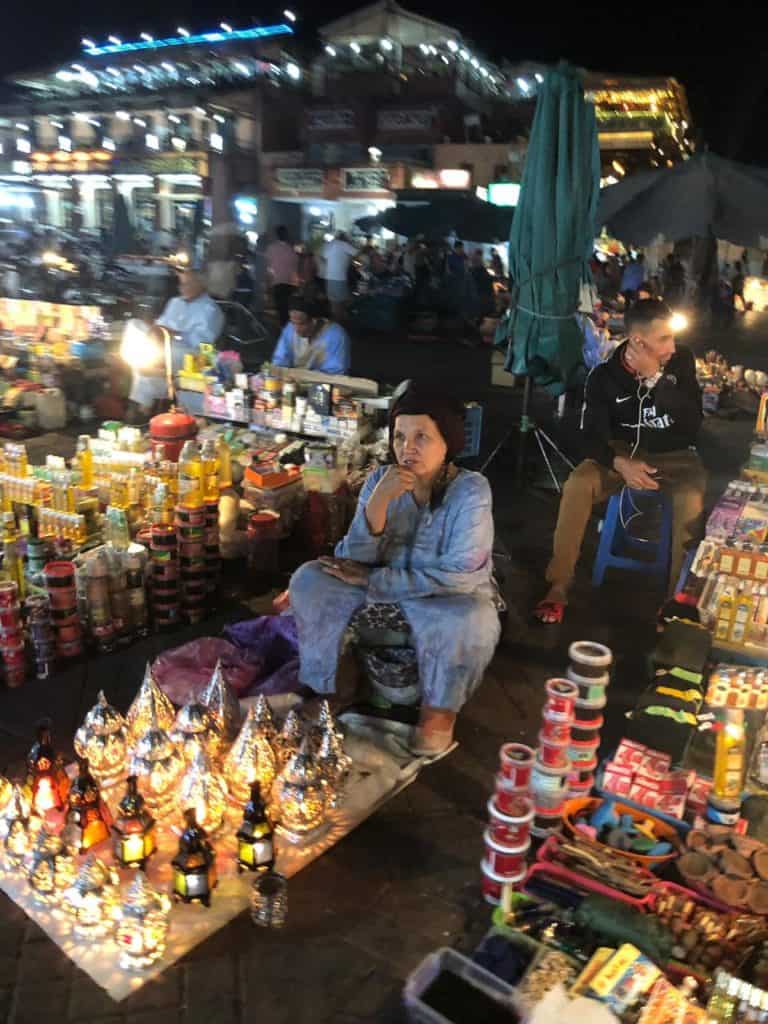 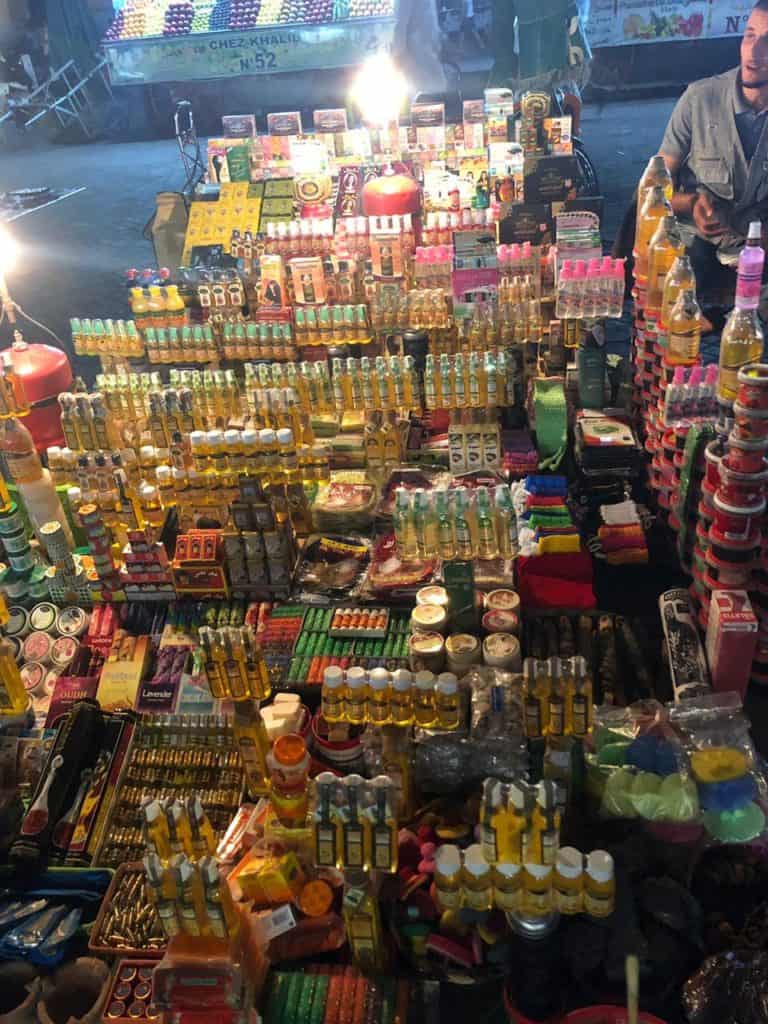 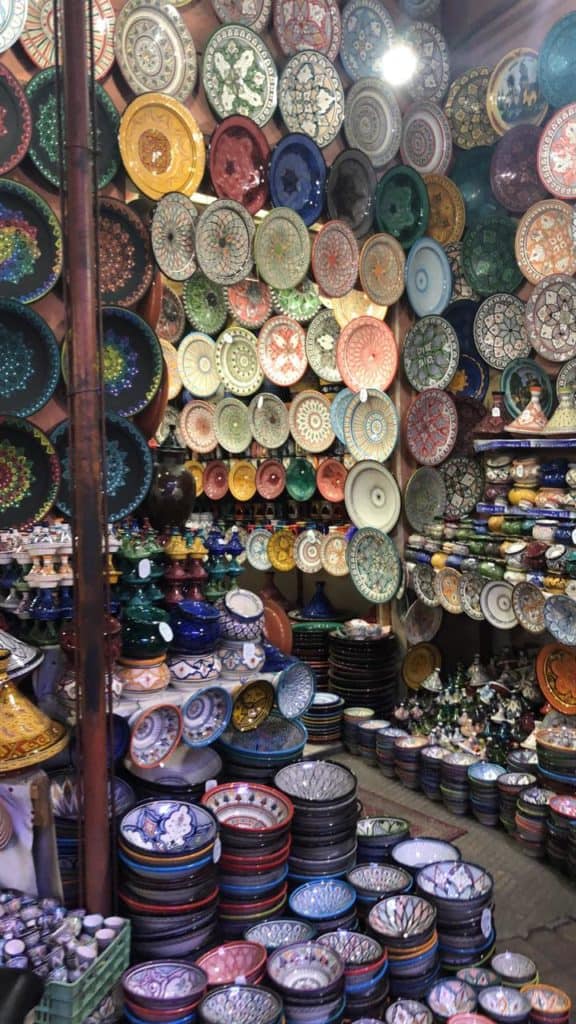 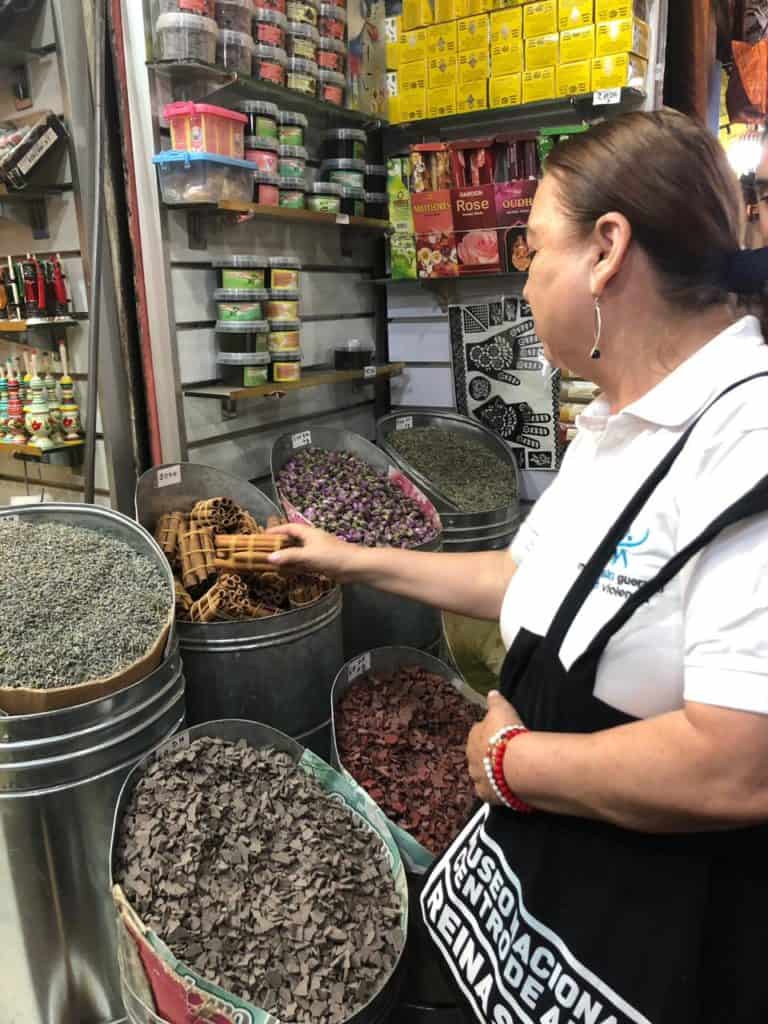 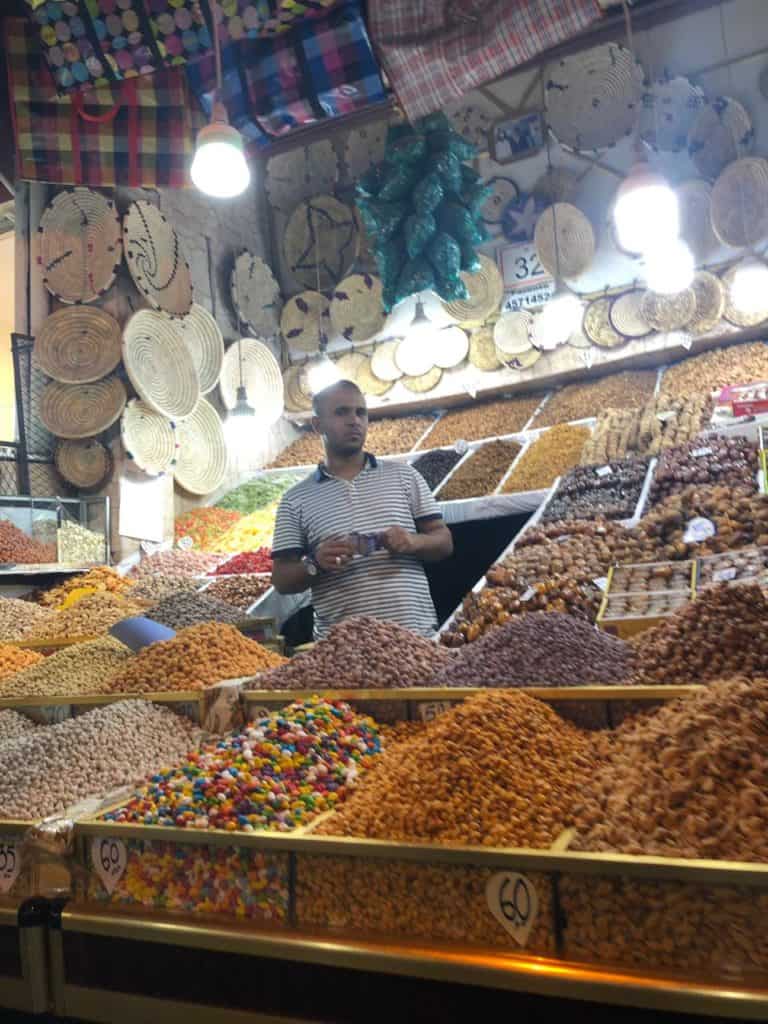 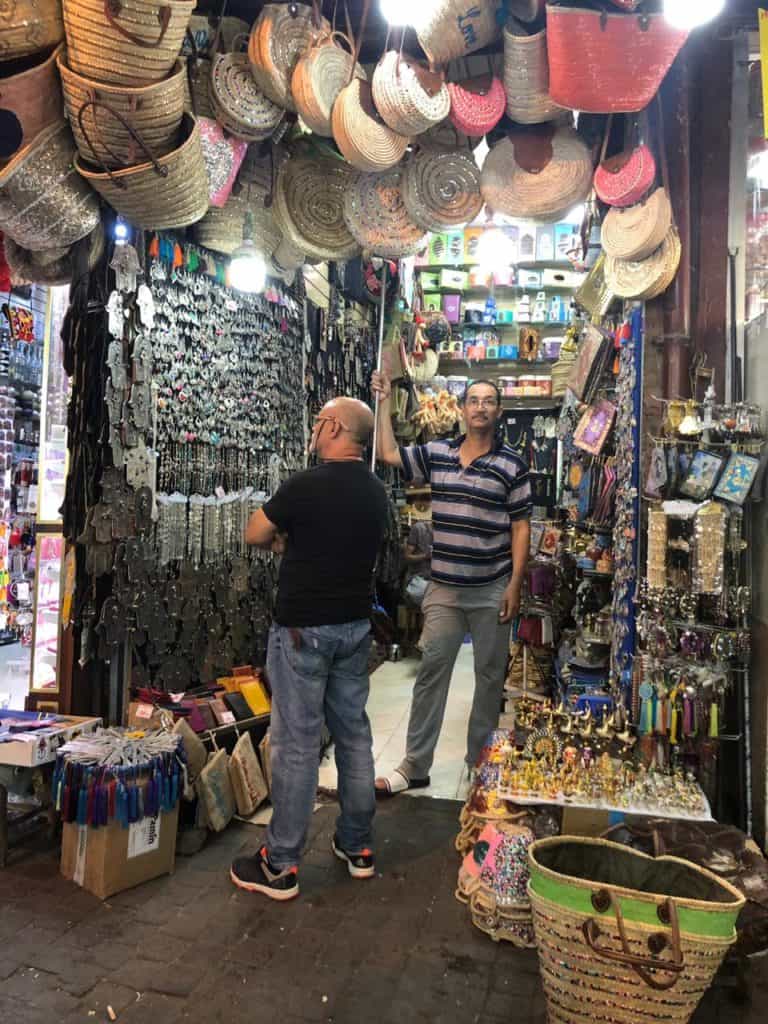 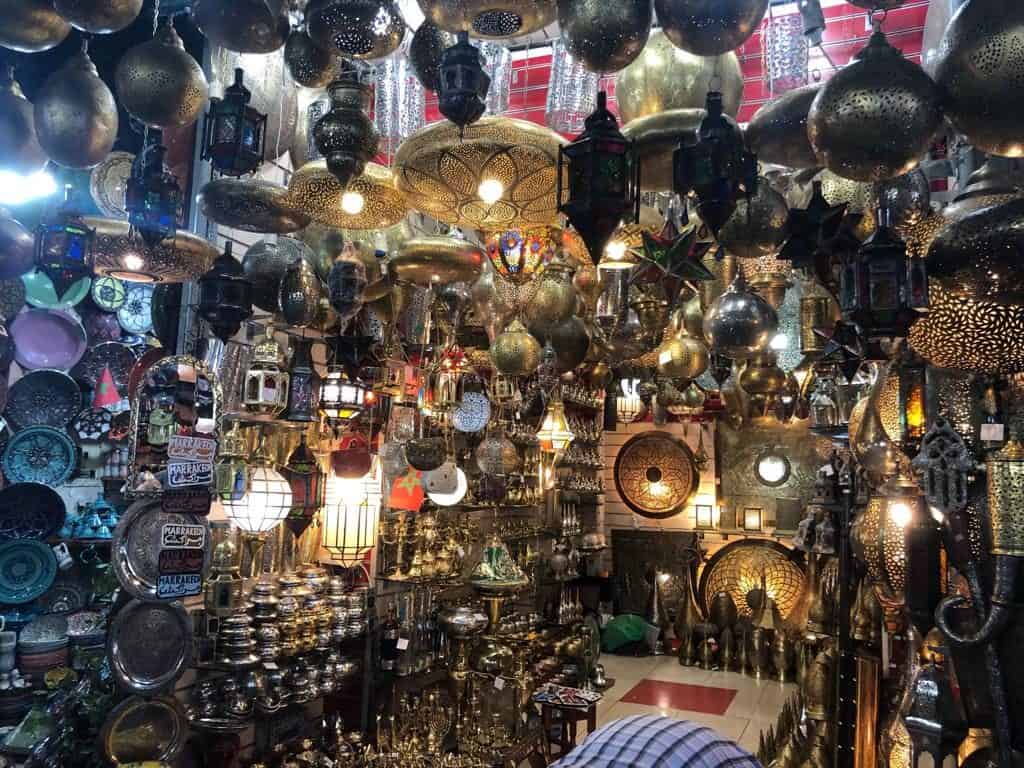 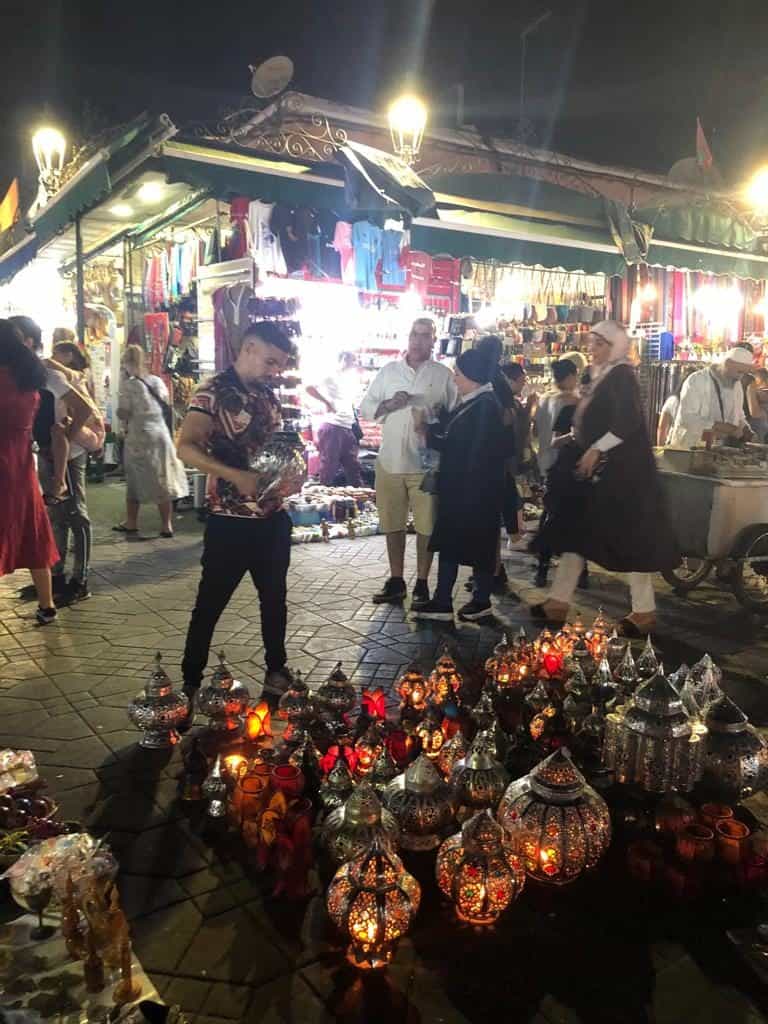 At night the organizers of the event had scheduled a visit to the famous Djemaa el Fna Square for the Base Team and their companions. They found a magical atmosphere with a huge bustle of people, numerous and unimaginable offers of musical, commercial, gastronomic performances, etc. own place.

The tour ended late at night ...