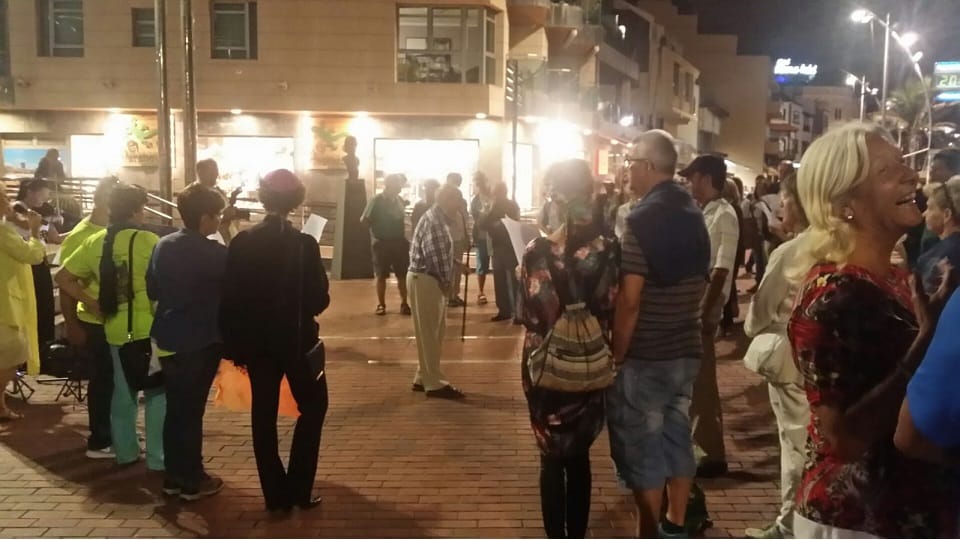 Happen to the 2ª World March for Peace and Nonviolence He had a brief stay in Gran Canaria, he left us, however, a couple of good memories.

Lecture given by the Doctor of Physics D. Jaime Rojas

The first one in the form of a brilliant lecture given by the Doctor of Physics D. Jaime Rojas, who presented us with an interesting presentation on how to achieve inner peace in a world full of conflicts. 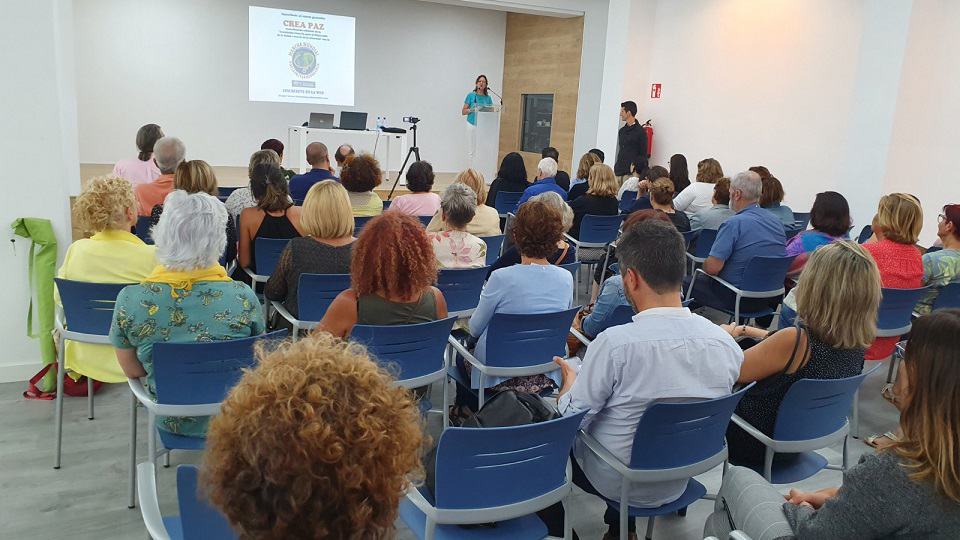 The event had an excellent reception, as can be seen in the photos and his intervention was collected the next day in the press with an extensive interview.

The second pearl took place a couple of hours later in the idyllic setting of the emblematic Playa de las Canteras, with an emotional, at the same time as a simple act in which the attendees, accompanied by the good work of virtuous musicians, sang a repertoire of songs that, as hymns in favor of Peace, moved us all. 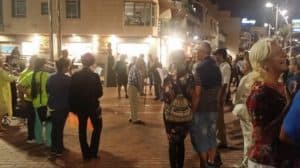 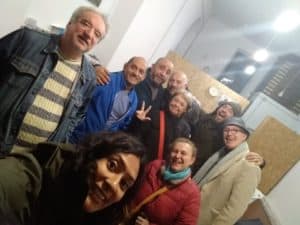 Klaudia and Siggi participated in the event: the smallest symphony orchestra in the world. For them “It was an honor for us to be part of the EVENT!”

The event was previously announced through an interview on Radio Las Palmas to Petra Klein, the main promoter of the initiative.